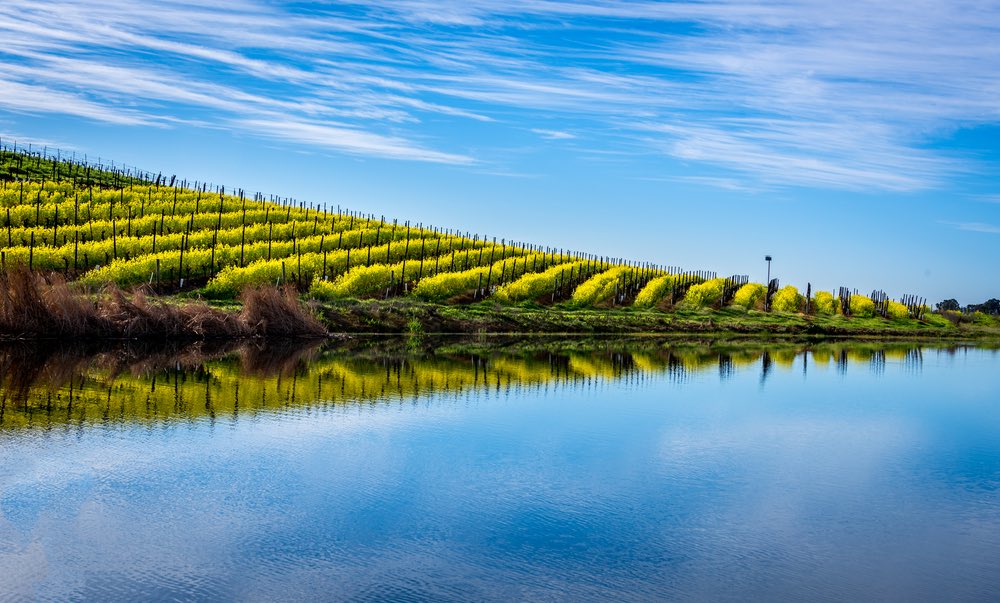 Nobody actually says Make America Great Again during the 103 agonising minutes of Wine Country, but one suspects it’s mostly because the writers are not self-aware enough to have a character do so. Last time Hollywood visited its local wine tourism industry 15 years ago, Sideways envisaged it as the place where male mid-life crises go emo. For Netflix’s newest offering, it has the role of a massage parlour in a 50 cent video. Wine Country is produced, directed, and led by Amy Poehler, whose career highlight is meant to be Parks & Recreation, a tedious crypto-Reaganite farce that felt like somebody decided to do an American version of Yes Minister by hiring the writers of Beavis & Butthead.

The politics are not entirely different here, even if the surroundings speak of considerably more affluence. Like in Sideways, the protagonists are white, middle-aged, middle-class friends, who go on a wine holiday in order to celebrate a life landmark, and predictably end up in the obligatory voyage of self-discovery. Yet, the wine-interested viewer should be aware that, unlike its forebear, Wine Country has no interest in fermented grape juice whatsoever, its name and trailer being the greatest clickbait ever played on the wine trade. Its sole interest, instead, is in holding up two fingers to whatever the writers think are the cultural constraints imposed on the white, upper-middle class woman of American suburbia. If this is a feminist revolution, it is the revolution of the country club.

Indeed, as Poehler’s Abby and her friends go around the manicured wonders of Napa Valley, it is clear they’re too familiar with conspicuous consumption to bat an eyelid. They have no time for the trappings of food and wine tasting – but then again, they also have no time for art, relationships, millennials, or anything else that might distract from their Indian summer of a middle school psychodrama. They experience California wine country as a cultural safari park, populated as it is by young people of varied racial backgrounds, fluid sexual identities, suspect interpretations of pop culture, and aggressively non-corporate jobs. The forces of oppression are everywhere: a woman that is clearly hanging by a thread stops them from walking around a vineyard, while shouting some gibberish about organic. A man-child insists on feeding them paella. There is a cephalopod involved.

Thankfully, however, there are revolutionary gestures that allow the lumpen bourgeoisie to stick it to the bearded Man. One can fight back against the oppression of Michelin-starred restaurants by grabbing McDonalds on the way back to the hotel. Corporate executives can stand at a hilltop overlooking the vines, and bravely, cathartically shout “[they] really love work”, a Carpe Diem for our times. In an excellent demonstration of how deep Trumpism runs in the US, there is ample nostalgia for a better time where food was pizza, the waitresses sang the toppings, and one could merrily make fun of immigrants’ accents.

As for the natives, naturally, the posturing and hippy facade can’t conceal it’s all for sale. Fools and knaves they might be, but they sure know how to quote a price. The fortune teller charges like a top-level lawyer. The young, attractive, Asian waitress-slash-artist flirts with one of the gang only to flog off one of her dubious quality paintings. The writers, by the way, seem to think very highly of themselves for adding a homosexual woman in the line-up. It is, perhaps, encouraging that we have reached a point that this is borderline believable even for this most suburban of crowds – just as long as she is also white and upper-middle class, sartorially indistinguishable from the rest, and with the strict understanding she will be safely confined to Portland.

As for Napa, it does manage to produce one decent person. She obviously has nothing but scorn for wine and prefers to drink Budweiser (the fake one) straight from the bottle. She is also comfortingly white, middle-aged, and a successful businesswoman. There are always some very fine people on both sides.

The question, of course, is if all this has anything to do with wine. The unspoken assumption is that the unsympathetic protagonists can get away with their clinically egocentric behaviour because that’s what Napa deserves. Its wine tourism is set up to be exactly that: a playground for the midlife crises of the upper-middle class. The sumptuous surroundings and the laboured offerings are there to convey legitimacy to the core concern: get the tills ringing. Of course the tired squad of Wine Country feel entitled to run roughshod over the whole charade. They are the ones carrying the Almighty Dollar.

Only, in real life, that’s only part of the story. Napa is not just a sylvan Vegas with stricter decorum. Somewhere among the smoke and mirrors there are real visionaries and real craftsmen. The kids in their 20s, enthusing over Oregon Chardonnay and Mountain Cabernet, aren’t all avoiding the real world. Having come of age in the post-2008 world, they know the game is all rigged. If any meaning is to be found, it will be in the small things – maybe even in preparing cuttlefish for a paella. If you’re checking for arrested development, don’t look at them. Look at the bland, navel-gazing 50-year-old automata who feel cheated they didn’t get the full Boomer – and think a handful of bucks buys them somebody’s soul.

Yet maybe the Californian wine industry needs to own this. That’s what its profit-led, numbers-first mindset has spawned. It has been lucky as the two hit jobs against it in this millennium have both been by incompetents, who played it for cheap emotions and cheaper laughs. But its luck won’t necessarily hold forever. A more incisive critique can find many loose threads to pull the whole thing apart. And somewhere in there, there is also a lesson for Europe and the rest of the wine world. When the business charlatans and marketing witch doctors promise you a life of riches and splendour, when they hold up the $300 fruit bombs and sleek operations as a paradigm, watch Wine Country and think: do I want to spend my life making wine for this?