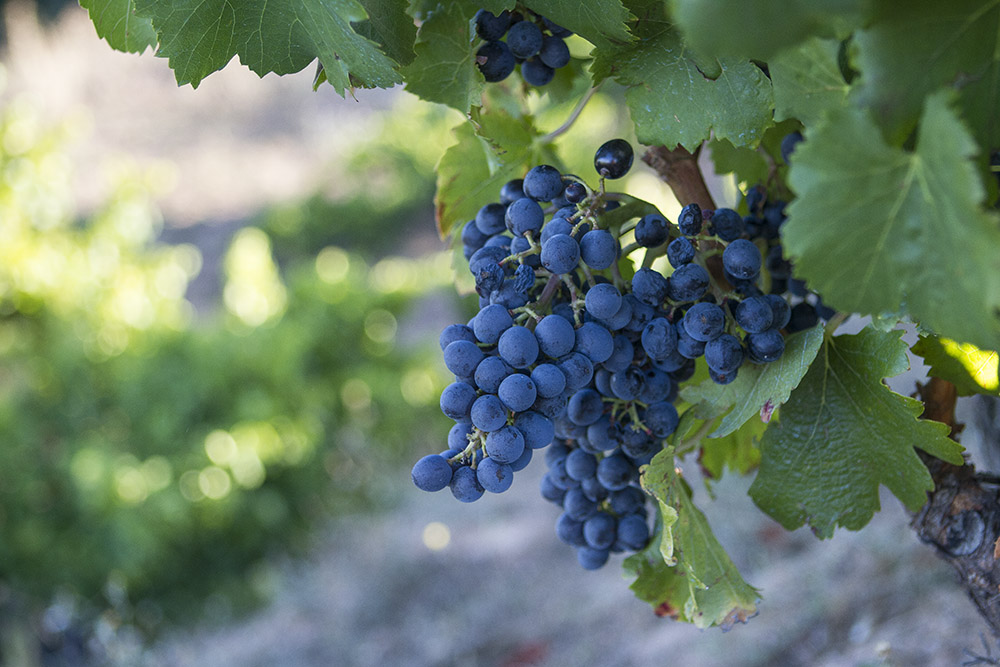 To fill your need for random fact intake, I’d like to inform you that Perpignan, France was the 13th century capital of the Kingdom of Mallorca. For those perhaps more interested in 21st century happenings, it just hosted the 7th Edition of Grenaches du Monde competition. While not of royal lineage, the GDM has grown to nearly 900 entries from six different countries this year, tripling the number of the first edition.

The origins of the event date back several years back when producers of Grenache saw that few people seemed to give a damn about the grape. Cabernet Sauvignon, Merlot, and others were all the rage while Grenache, France’s second-most planted variety, toiled with little more than workhorse status. Grenaches du Monde celebrates the diversity of the grape from white to “grey” to red, as well as “hairy” and all the styles from dry to dessert (see a selection of some of Grenaches tasted below). To show this versatility within the “Grenache Belt” of Europe, the location has been constantly rotating, but returned back to its home base of Perpignan in time for its year as the “European Wine City of 2019”.

This competition coincided with a sudden surge of interest in Grenache-related social media conversation over the last six months. Okay, that’s not sudden in social media, but it’s light-speed in wine. I’d also personally been privy to requests for private tastings centered around Grenache of late. And then there’s the fact that previously unknown regions like DO Vinos de Madrid which, just seven years ago, were reportedly being harassed to pay the “reduced rate” of €20,000 to get a top reviewer to visit suddenly have “it” producers like Comando G or Bernabeleva that everyone wants a piece of.

The rise of Grenache?

So, what on earth happened? How did a grape swing from a few people in the wine trade loving it to the general public feeling some FOMO and start to actively seek it out? I feel that there are three primary reasons. The first being that legendarily-boring answer: hard work.

Marlène Angelloz-Nicoud knows this probably better than anyone as she’s been the point person for the Grenache Association in France for years now. “It all began maybe five or six years ago when we started making a concerted effort to get the word out about the grape.” If you’ve been to any event in Southern France or even Catalunya that has any Grenache-based wines at it, you’ll probably have met Marlène (“FandeGrenache” in social media) as she constantly travels around to promote the Grenache brand which, just a few years ago, must have seemed like an insurmountable hill to climb. She wasn’t alone, as Terra de Garnatxes in Catalunya was following a similar approach, putting on the G-Night (Grenache Night) in Barcelona every other year purely with the goal of raising awareness about the grape’s potential.

But this dovetails into the second aspect of the grape’s rise which is: visibility. France, sucks. Okay, let me clarify that as I’m constantly swooning about their cheeses, baguettes, croissants, free tap water in restaurants, high-speed trains and many other great things. France’s appellations, however, suck, most poignantly in the south. They’ve been great for creating a sense of place for wines from various regions throughout the 20th century, but they’re far too rigid in terms of evolution. This is particularly true of varietal wines. Whether from Grenache, Carignan, Syrah, it’s nearly impossible to create a wine that’s 100% of a single variety in the French appellations that border the Mediterranean.

There is however one crucial exception to this rule and that’s Châteauneuf-du-Pape. Despite being the original AOC from which all others grew from, it’s less a strict, overbearing parent and more the cool step dad who’s like, “Don’t use matches to light that bundle of fireworks. Use my flamethrower.” While that’s clearly a reach, it’s one of the very few Southern French AOCs that allows varietal wines and this has played largely to their favor in raising their profile.

This approach is evident at Domaine Barroche, which has been producing a sublime varietal Grenache called “Pur” for several vintages now. It’s a full, Châteauneuf wine but, at the same time, it’s something new, cool, and shows the versatility of Grenache in the hands of a talented young winemaker. Then of course there’s renowned Château Rayas, which have been showing that 100% Grenache is delicious, complex, able to age, and these days, able to fetch a couple hundred Euros upon release.

So, if you have organizations showcasing the grape and raising its profile, and producers crafting increasingly delicious wines, you’re all set, right? Not fully. There needs to be a market tilt that shifts clients your way and, in this case, that’s Pinot Noir.

Pinot Noir is brilliant. It’s just too bad that all but the lower end can be afforded by most of us mortals. If you ask a wine expert, “Look, I love Pinot Noir. I just love it. I also like staying married and paying my mortgage. What do you suggest?” They’ll probably run off a list of Pinot Noirs from various other regions that are all very lovely takes on the grape. But the Pinot Effect in terms of pricing for these regions has driven them up as well, because it’s Pinot, baby.

This is where Grenache enters the picture. How does a typically higher-alcohol Mediterranean grape speak to people who love the very much continental, lighter Pinot Noir? Grenache can indeed be extremely alcoholic in the same way that current politics can be very abrasive but, while politics have descended to madness these days, Grenache has managed to outdo itself.

Here’s where central Spain’s hand comes into play. The Gredos Mountains had nearly fallen into obscurity in terms of grape production until a few people saw what was there and started producing Grenache wines from the old vines. These weren’t any Grenache wines however as they produced red-fruited, light, perfumed wines with alcohol ranging from 12.5-13.5%. In essence, it was Grenache for Pinot Noir lovers. Tossed into this was the fact that this is Spain the “good value” wine country and these wines could be had for €15 retail or less.

Winemakers in Spain outside of Gredos aren’t stupid. They have mobile phones. They read and/or use Instagram. They saw that these wines were getting high praise from wine critics and they realized that there was a growing market for this style of Grenache above and beyond the blockbuster boom-boom wines of the past that could hit 16% alcohol.

It all comes together

Styles started to change at about the same time the work to promote the grape was getting traction and Pinot lovers were looking to broaden their horizons beyond the pricey Burgundy et al offer. The French were working to give more visibility to Grenache while the Spaniards were producing excellent wines at very palatable prices. It was in essence a perfect storm for Grenache suddenly to emerge from the miasma of the unknown to be a grape that wine drinkers have suddenly started actively to search out. This confluence of market conditions and massive stylistic change has now given rise to a small, yet very much growing class of “Grenache-curious” consumers.

Only time will tell whether this is a long-term trend, although as a Grenache lover myself, I hope it sticks. Of course, anyone watching from the peanut gallery is going to wonder, could this be replicated elsewhere? There are so many excellent grapes in the world fermenting away in obscurity that one has to wonder if the same brand-building work could be applied to.  It’s a massive list which includes such members as: Aglianico in Italy, Pošip in Croatia, Khikhvi in Georgia, as well as many, many more.

Sure, lightning could strike twice (hopefully not in the middle of summer) but there are so many singular aspects that need to align with each other at the right moment that it’s hard to see how it could be replicated. My proposal would be that instead of wondering about this, maybe start wondering about where your next glass of Grenache is going to be coming from instead.

Grenaches to get your motor going:

Raspberry, garrigue, fennel, light earthy notes. Delicate and light on the palate but with good structure and complexity. Clear bent towards Provence but a thoroughly enjoyable wine on its own. 92 pts

Light red cherry, cured strawberry, sweet spice, and a lovely earthy touch. Lighter on the palate than the nose would let on but still holds a wealth of character and length to the finish. 92pts

Soft, dancing red fruits on a bed of granitic minerality with herbal notes hanging around at the edges. The body lets the red fruits out to play more but keeps everything very balanced and exquisite through to the lingering, delectable finish. 94pts

Chalky and plush in the nose, dusty strawberry and chalky notes. Great acidity and balance, still a bit tight, but excellent expression. 94pts

Soft, floating ripe plum and prune, allspice, fennel, splash of black pepper. Wonderfully fresh and creamy on the palate, predominantly dark fruit but with a splash of young red cherry, tannins are very soft and integrated, with a long, delicate finish. 96pts