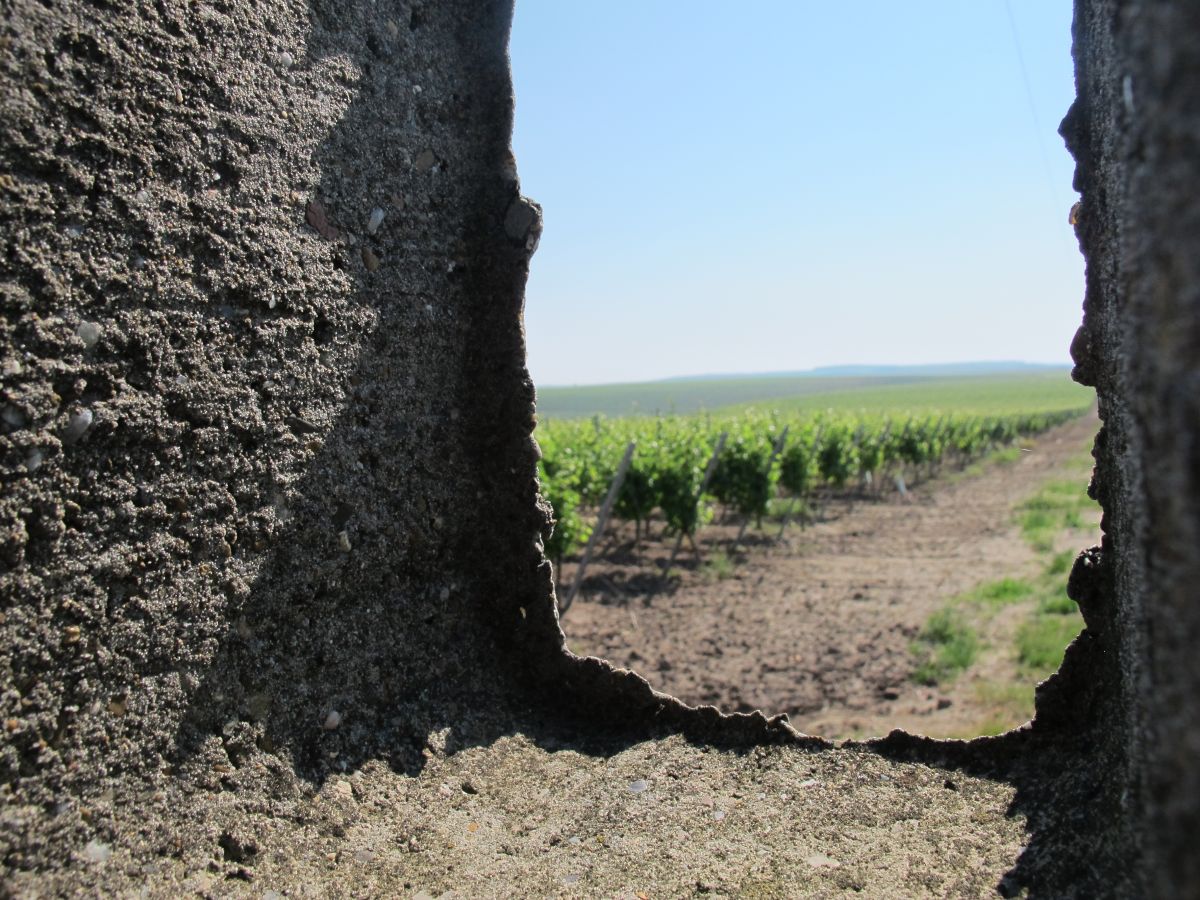 Standing at the baggage carousel in Timişoara Airport in western Romania, I was approached by a friendly fellow traveller. “You here for the IW Conference too?” he said. “Erm… International Wine?” I speculated, surprised that I hadn’t heard of it. “No, International Welding” he replied. Fortunately I wasn’t; I was there to explore some of Romania’s principal wine regions and take the pulse of its wine culture. With some ambitious producers, appealing local varieties and centuries of expertise, despite its debilitating recent history the prognosis is good.

In Bordeaux Airport you’re greeted by a miniature living vineyard; in Timişoara Airport there are large posters advertising hot dip galvanising. This is a European country where infrastructure is still an immediate concern. In 2009, the presenters of Top Gear visited Romania to ride across the country’s motorways, only to run out of road by 11am on the first day. Things have improved since then, but the total amount of highway still only amounts to 683km (in a country the same size as the UK, albeit with one third of the population). The locals certainly make the most of them however; driving here is just as exciting as a ride at Alton Towers and you’re only marginally more likely to lose a leg. There is a palpable feel that Romania is making up for lost time.

Winemaking in Romania dates back perhaps as far as 6,000 years, but much of the twentieth century was a write-off; the first half wracked by two world wars, the second half lost to communism. Vineyards were nationalised under the communists, changing the course of its wine culture from one of quality to one of quantity. They came to power in 1947 and were only ousted in 1989. Romania’s wine culture was wounded, but it is recovering. Vineyards are being returned to their original owners, brand new wineries are springing up thanks to EU funding and foreign investors are getting wise to Romania’s potential. 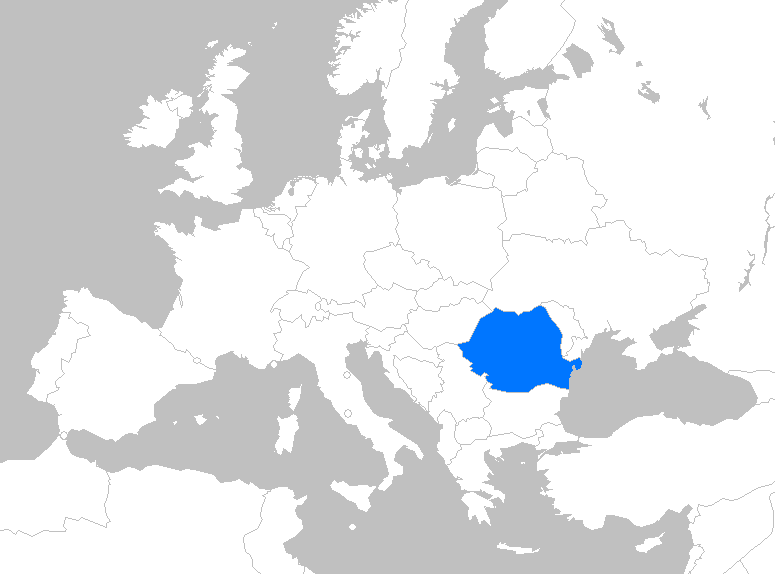 The revolution of 1989 started in Timişoara as it happens; the main concourse these days feels prosperous and cosmopolitan, but you can still see the bullet holes in the buildings. It’s the principal city of the Banat region on the border with Hungary, and from here we drove across flat, grassy plains to the town of Recaş to visit ex-state winery Cramele Recaş. It was bought by Bristolian Philip Cox in 1998, and he funded this trip for me and four fellow wine writers. “I didn’t want to buy the whole thing, we just wanted 50 hectares” he says. He ended up buying 600 hectares of vineyards and a winery and has since built quite an empire. He now owns 935 hectares and a national network of 150 franchised shops selling his wine. He produced 10 million bottles in 2014 and is aiming for 12 million this year. “I like it in Romania, you can get a lot done” he says, with considerable West Country sang froid.

He’s been exporting for 10 years now but admits due to the unenviable perception of Romanian wines in the UK “most of our products are designed to look international and designed to fit a niche… people aren’t buying them because they’re Romanian, they’re buying them for quality, price and packaging.” Like many Romanian wineries, Cramele Recaş concentrates on commercial international varieties for their bread and butter, but they have finally turned the corner with indigenous Romanian grapes and secured some big UK listings. For wine lovers this is good news: some of these varieties have serious potential.

If the indigenous grapes of Romania have anything in common, it’s a slightly aromatic, perfumed character. This can be either gentle or pronounced among the white grapes, many of which are vinified either dry or with a degree of residual sweetness. The reds too have a slightly perfumed aroma in the same way the Syrah or Gamay sometimes does in cooler climates. If you’re looking for some interesting Romanian delicacies to pair them with, you could try tripe soup, pig brains or bear testicles (I only got to try one of these). Here is a basic guide to what to expect from the indigenous grapes.

Another newcomer to Romania who is convinced of the qualities of the local grape varieties is Mark Haisma. He previously made wines at Yarra Yerring in Australia, before setting up as a negociant winemaker in Burgundy and the Rhône. His is involved with new winery Dagon Clan in the Dealu Mare (‘Big Hill’) region, further south near the capital Bucharest. “Our aim,” he says, “is to reflect the huge potential of the land out there by using local and international varieties to make wines that can stand on the international stage… we believe Romania should not just be viewed as a backwater where mass production of cheap average quality wine is produced. It should be seen as a place with a massive winemaking history that can be proud of its winemaking and its land.” On the strength of his other winemaking projects I can’t wait to try them.

I visited two wineries in Drăgaşăni to the west of Dealu Mare, Prince Ştirbey and Avincis, both of which have been returned to their rightful owners post-Communism. Prince Ştirbey had been in owner Baroness Ileana Kripp’s family for around 250 years when it was appropriated by the communist state in 1949. They were returned to her and her husband Jakob in 1999, so they travelled back to Romania to rebuild the estate. She left Romania as a child; though she loves the region, going back to the country where the state poisoned her grandfather and stole the family’s land was “like psychoanalysis” she says. “Our great luck,” says Jakob, “is that the vineyards were still in good condition.” Both they and Avincis have rebuilt, invested heavily and are now making impressive wines from both indigenous and international grapes.

Jakob mentioned that 60% of bottled wine in Romania comes from just three producers, but the shape of the industry is changing. Restitution of vineyards is resulting in a lot of smaller estates coming online that are forced to focus on quality rather than quantity to survive. To these are added a rapidly growing number of entirely new enterprises – some estimates run to 120 new wineries last year alone. I was told by one winery owner that although Romania doesn’t manage to spend its entire EU funding for other industries, the wine industry easily works through its yearly budget of €42m. Exports are on the increase, and in the UK at least the wines are increasingly popular; large independent merchant Tanners confirms that if sales continue at the current rate it will sell more Romanian wine by volume next year from its standard range than Bordeaux.

Romania remains a reliable source of well made, good value wines made from international varieties (Pinot Noir is a notable example), but we are witnessing a rebirth of its traditional wine culture. On the strength of what I encountered, it still has some way to go, particularly when it comes to consensus on which varieties work best on specific soils. But Romania isn’t a country learning the ropes for the first time; it’s a former athlete returning to health after injury. After 65 years on the bench, there can’t be many even in Romania that remember her on peak form. But there are a growing number of dynamic individuals and estates determined to get her back there.

Eight Romanian wines worth tracking down

Cramele Recaş ‘Sole’ Chardonnay/Feteascǎ Regalǎ 2014 (Banat, Romania; 13.5%)
The Wine Palate, £9.75, fair value
Evident oak on the nose, lots of fruit on the palate. Rounded texture with some layering of flavour – vanilla, macadamia nut, little lick of caramel. Quite punchy in flavour with some florality on the background. Very drinkable. 88 points.

SERVE Terre Romana Cuvée Charlotte 2011 (Dealu Mare, Romania; 14.5%)
Not currently available UK.
This winery was established in 1994 by Guy Tyrel de Poix of Domaine Peraldi, Corsica, and produces an impressive range of wines. This blend of Cabernet Sauvignon, Merlot and Feteascǎ Neagrǎ Rich is blood red in colour with a rich, intense and inviting nose. Some chestnut, and just taking on a touch of VA complexity. Rich on the palate, plenty of fruit concentration. Good acidity, firm though slightly furry tannins. Long finish. Some truffle, dried leaves. Made in the Bordeaux mould, but done very well. Lots to enjoy here; balance, complexity, length, ageworthiness. Impressive. 91 points.

Asda Wine Atlas Feteascǎ Neagrǎ NV (Banat, Romania; 13.0%)
Asda, £5.97, good value
Made by Cramele Recaş. Similar to Pinot Noir in fruit character, with a perfumed element. Dry, light-bodied, crunchy cherry and raspberry fruit with a slightly perfumed finish. Touch of fig skin on the nose. Chill it for 20 minutes in the fridge for added definition. 86 points.