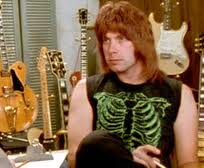 There’s a famous moment in This is Spinal Tap, Rob Reiner’s spoof “rockumentary” about an ageing English heavy metal band, when the lead guitarist, Nigel Tufnel, is showing off his custom-made amplifier. Whereas most amps stop at 10, he explains to Reiner, this one “goes up to 11”, making it “one louder”.

When Robert Parker’s revised scores for the 2009 Bordeaux were released yesterday, I had a vision of the great man standing, Tufnel-like, beside a bottle of Château Pavie. “This one goes up to 11,” he seems to be telling his dwindling band of camp followers. “It’s one louder.”

Pavie, a wine to which I would struggle to give 88 points, is one of 19 (yes, 19!) wines to deemed perfect by His Bobness, examples of “the single greatest vintage I have ever tasted”.

For those of us who prefer the subtler, fresher 2010s, this statement is open to question, but Parker is welcome to his opinion. He’s been writing about the region for 30 years and is entitled to pronounce on it.

But that shouldn’t stop us examining his choices. The list is a mixture of the genuinely excellent, the very good, the good, the average and the overblown. I haven’t tasted all of the wines Parker raves about, but I had most of them during the 2009 en primeur week and have tasted some in bottle since.

The three wines that stick out as bizarre choices are the aforementioned Pavie Cos and Mouton-Rothschild. I didn’t really like any of them en primeur, although anyone familiar with Parker’s palate won’t be surprised that he does. They are big, shouty, super-concentrated wines that have more in common with the Napa Valley than the Gironde. They go up to 11, in other words.

Two further things worry me about the decision to award 100 points to 19 wines. The first is that it’s another example of the sort of silly, breathless hyperbole that, to me at least, betrays a lack of discernment. Score inflation is one of the curses of modern wine writing, at its worst on the other side of the Atlantic, but not only there. Most of these wines are very good, but are they perfect?

The second thing that worries me is that the high scores do nothing for the consumer, other than those who took a punt on these wines as “investment opportunities”. Wine merchants will be rubbing their hands at the prospect of selling more claret at higher prices, but for most punters they are surely a bad thing. Top Bordeaux moves further into the stratosphere.

But maybe we have reached the tipping point of Parker’s influence here. One merchant told me that there hadn’t been the usual “tidal wave of orders” on the back of the revised scores. “A lot of wine buyers are baffled by them.” If so, it’s not before time. Like Nigel Tufnell and his amp, Parker is courting self-parody.