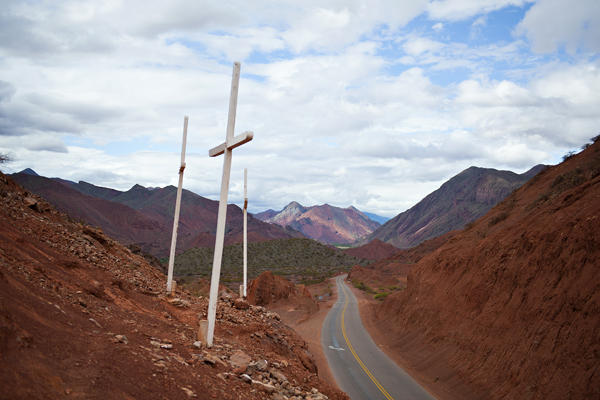 The recent arrival of HMS Dauntless in the south Atlantic, complete with Prince William in his role as a search and rescue helicopter pilot, hasn’t done much for Anglo-Argentine relations. As the 30th anniversary of a war that the Argentinian writer Jorge Luis Borges controversially described as a case of “two bald men fighting over a comb” approaches, a bit of sabre rattling is almost inevitable.

This minor diplomatic incident has overshadowed some very positive news for Argentina’s wine industry. The latest Nielsen figures to the end of January 2011 show that the country’s volume and values shares of the UK market have grown by 4% and 15%, respectively. Equally encouragingly, Argentina’s average price point of £5.27 is now above those of Australia (£4.93), the USA (£4.84), Chile (£4.65) and South Africa (£4.52). In the New World, only New Zealand (£6.29) is performing better.

In fact, the outlook may be even sunnier. Nielsen data doesn’t cover mail order businesses like Laithwaites, Naked Wines, Avery’s and The Wine Society, all of whom do well with Argentinian wines, or the on-trade, where sales are up 7.4% by volume and 34.9% by value.

Perhaps understandably, Argentina is shifting its emphasis away from the major multiples. “This is a sector that most Argentinian wineries find hard to service due to pricing requirements that are too low for them,” says Andrew Maidment of Wines of Argentina. “Our main areas of focus are the major wine specialists, the independent retail sector and the on-trade.”

It’s important to put these successes in context – Argentina has a comparatively small share of the off trade at between 1.5 and 1.7% – but the country appears, finally, to be progressing in the right direction. The UK, Argentina’s fourth largest export market after the United States, Canada and Brazil, seems to be drinking more of its wines and paying a proper price to do so.

If so, it’s about time. I’ve been visiting the place since the early 1990s and, in the space of two decades, the improvement in the quality of Argentina’s wines has been enormous. In Buenos Aires, you can still visit bars where old-fashioned names pepper the list (Clos du Moulin, Bianchi Chablis, Comte de Valmont, Trumpeter and Aberdeen Angus are some of my favourites), but they are extremely rare. The gulf between the local market and the export market has largely been filled.

Argentina is a venerable and in some ways very traditional winemaking country, but its modern history is less than 20 years’ old. The leading local wine writer, Fabrizio Portelli, reckons that 2006 was “the first vintage when we realized we could make something really interesting. Before that we were learning how and when to pick our grapes and to use small oak barrels. In 2006, the local winemakers began to believe in themselves”.

Until comparatively recently, the best known winemakers in Argentina were foreigners – Michel Rolland and Hans Vinding-Diers from France, Alberto Antonini and Roberto Cipresso from Italy and Paul Hobbs from the United States – but that is beginning to change. Local winemakers such as Alejandro Vigil at Catena, Sebastián Zuccardi at Familia Zuccardi, Roberto de la Mota at Mendel, Matías Michelini at Passionate Wine, Edgardo del Popolo at Doña Paula and Daniel Pi at Trapiche are making some of Argentina’s most exciting wines, placing a renewed emphasis on terroir and balance.

The challenge that winemakers face – if challenge is the right word – is managing ripeness and the fierce heat of the desert sun. Even at southerly latitudes (Río Negro) or at altitude (Cafayate and the Uco Valley), Argentina is never going to be as cool as Chile’s Pacific Ocean-cooled regions. This is one of the most continental winemaking climates on earth and the styles reflect that.

And yet there is a slight shift towards fresher, lighter styles, particularly where the reds are concerned. I was encouraged by the number of wines with lower alcohol levels, not just from Achaval Ferrer, who have long championed more restrained wines, but from wineries such as Bressia, Cheval des Andes, Noemía, Catena, Terrazas, Zuccardi, Mendel and Passionate Wine.

Whether this will prove popular in Argentina’s biggest export market, the United States, remains to be seen. Americans have developed a taste for rich, deeply- coloured, full-flavoured Malbecs and they may not take to lighter styles.

At least one winery owner believes that Argentina is over-dependent on the US market in general and Malbec in particular. “The USA is a fashion-led market,” says Nicolas Catena. “Some consumers just want to try new things all the time. They like the smoothness and sweetness of Malbec, but the growth has stopped and we can’t produce any more anyway.”

The answer, he believes, is to champion other styles, especially red blends and Chardonnay. To those I would add Cabernet Franc, Bonarda and, of course, Torrontés, which will be the subject of a Time for Torrontés campaign this summer in the UK. All five are very promising.

The same goes for Argentinian wines in general. Assuming things don’t kick off in the south Atlantic, 2012 could finally be Argentina’s year in the UK.