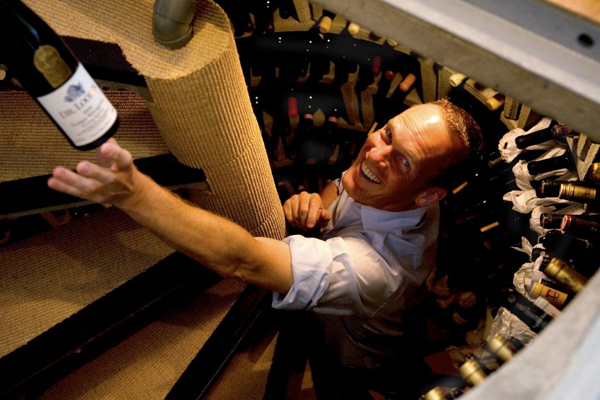 Imagine, just for one minute, that you were richer than Bill Gates: more loaded than a Hollywood film star, Warren Buffett and a Russian oligarch put together. Which wines would you buy? Would you stock your cellar with the most expensive bottles: wall to wall cases of Pétrus, Lafite, Le Pin, Screaming Eagle and Domaine de la Romanée-Conti? The temptation to drink nothing but what Withnail in the cult film, Withnail & I, calls “the finest wines available to humanity” would surely be overwhelming.

Or would it? Just as it’s possible to get bored of eating in three star Michelin restaurants (and no, I’m not talking from personal experience here) so it’s conceivable that, in wine terms, too, you can have too much of a good thing. You don’t appreciate the complexity of great food and wine unless you have something to compare it with. A glass of Montrachet tastes even better drunk alongside a Muscadet, a Soave or an Albariño. But even then fine white Burgundy isn’t something I’d want to open every night, irrespective of my ability to pay for it.

That’s why it’s difficult for me to talk about my dream cellar. Of course I’d like to own a few more bottles from the world’s leading producers, some of whose prices have entered the stratosphere, but by and large I’m happy with what I’ve got: 3,000 odd bottles that cover a mixture of styles, origins and price points.

What’s in my cellar ? The honest answer is that I don’t exactly know. I’ve read about collectors (and they are generally collectors, not consumers, more interested in talking about wine than drinking it in my experience) who put bar codes on their bottles and update their database every time they remove one. But my cellar is nothing like that at all. It’s a vast vinous gallimaufry.

In general, I’m an organised person. Like any self-respecting Virgo, my CDs are arranged in alphabetical order, enabling me to find an album in a matter of seconds. But when it comes to wine, I’m less bothered about order. In fact, the search (and the chance discoveries) is part of the pleasure. My cellar isn’t completely chaotic – the whites and reds are grouped separately and I’ve made an attempt to separate them by style or origin – but it’s still pretty random.

I’ve bought most of the wine that’s in my cellar. This may surprise you if you imagine that wine writers are showered with great bottles. By and large, we’re not. My hallway is full of tasting samples, but those are part of my day job, not my collection. The wines I purchase are those I want to drink. There are a few gifts down there – single bottles, mostly – but it’s mostly stuff I’ve paid for.

I make no apology for being a passionate Francophile, having studied French at university and lived in the country for three years. Burgundy, the Rhône and, to a lesser extent, Bordeaux, the Loire, Alsace and the Languedoc-Roussillon are my passions. Not far behind come Barolo, Rioja and German Riesling. In fact, if I had to survive on nothing but those European wines, I would find it easy, even if I would miss New Zealand Pinot Noir, Aussie Shiraz and Argentinean Malbec.

The key to maintaining a good cellar is timing. You need to have a reasonable idea of when things are ready to drink and when they need to be left to develop. I keep the latter close at hand, while the longer-term wines are stored at the bottom of the cellar. Given the relative chaos, I sometimes pull corks on bottles that are a little too old, but it’s worth it for the element of serendipity.

I have a second cellar (or rather part of a cellar) at Seckford Wines in Suffolk. This is where I keep the 50 or so cases that I store in bond. It costs me £6.50 per case (ex VAT) per annum to do so, which is cheap by UK standards, and it’s worth every penny. I don’t want to take up too much space in my home cellar with bottles I won’t drink for some time. More importantly, I don’t want to pay the VAT and duty just yet. Storing them in bond also means that I can sell the odd case more easily if I want to cash in part of my investment.

The Seckford cellar is very different from my Spiral Cellar, as it’s mostly made up of red Bordeaux and a little high end Burgundy, Rhône and Barolo. These are wines that I hope will increase in value, which is why I’ve invested so heavily in Bordeaux, the region that drives the fine wine market. I’ve got a decent amount of wine from 2000 and 2005, soon to be joined by even more 2009s and, a year from now, 2010s. The Burgundies are mostly 2005s, the Rhônes 2007 and the Barolos 2004. None of them will be ready to drink (or sell) for a while.

My home cellar, on the other hand, is all about drinking pleasure. It’s focused on my favourite grape varieties – my top five would be Pinot Noir, Syrah, Riesling, Nebbiolo and Cabernet Sauvignon – but it’s got lots of off-the-wall wines, too, from Nerello Mascalese to Savagnin, Mencia to Sercial. The nice thing about having a reasonably large, amorphous collection is that it’s always possible to surprise yourself. To me, that’s the essence of a dream cellar.