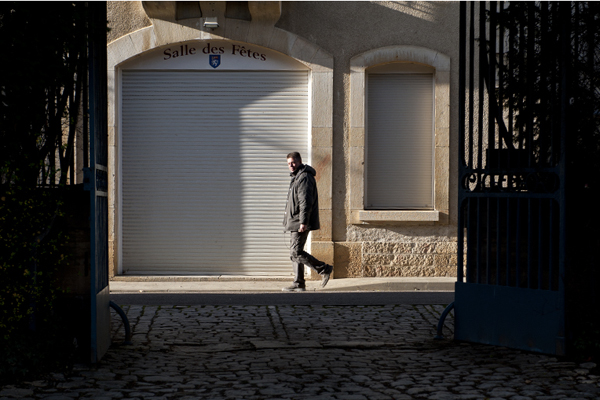 Burgundy week has become such an established feature of the annual tasting circuit – half of London’s livery halls, art galleries and old court rooms seem to be taken over by growers pouring samples – that no one ever stops to question the status quo. Even the New Zealanders conceded defeat this year, putting back their tasting in the face of the Burgundian invasion.

My view is that, however pleasurable it may be, the whole exercise has become too bloated. This year, there were 28 tastings in the space of six days, with seven (Clarion, Charles Taylor, Berry Brothers, Flint, The Burgundy Portfolio, Charles Hawkins and the Union des Grands Crus de Chablis) on the Tuesday. I managed to attend just over half of them and I was knackered by the end of the week.

Am I the only wine writer who would like to see some sort of Burgundy fair, held over three days at a large venue? This would avoid duplication, not to mention the tiring timetables imposed on winemakers. The 2012 Oyster Card Award for cross-London travel could have been won by any number of hard-working Burgundians. No wonder the likes of Eric Rousseau, Yves Confuron and Etienne de Montille decided to avoid the UK this time.

The chances of a generic bash are approximately zero, however. Selling Burgundy en primeur may not be as profitable as flogging claret, largely because the volumes are much smaller, but it still provides much needed turnover at this time of year. Merchants don’t want to share customers, let alone mailing lists.

For me, missing 50% of the tastings was especially galling this year because, against the odds, 2010 is a good to excellent vintage, particularly for red wines. If you’d told me that things would turn out this way when the grapes were picked, I would have laughed and so would most Burgundians.

I visited the region during the harvest and many producers were depressed by what they saw: low yields, quite a bit of rot and uneven bunches (millerandage). Not one person told me it was a great vintage. But fast forward 16 months and Burgundians seem more than happy. They are not as enthusiastic as UK merchants, some of whom have overdosed on hyperbole, but they are quietly content.

It’s never easy to generalise about Burgundy, surely the most complex wine region on the planet, but after tasting extensively in France and London, I’ve formed a few tentative conclusions. We’ll have a better idea of the true quality of the vintage in three years’ time when the wines have begun to develop in bottle.

2010 is certainly one of the best vintages of the last decade alongside 2005 and 2009, although very different in style. For reds wines, it is vastly superior to 2008, a cool harvest to which it has, mistakenly, been likened by some. After the exuberance and power of the 2009s and the angularity of the 2008 reds, the 2010s are mostly light, fresh, fruity, charming and ethereal.

At least a dozen Burgundians described them as “aérien” and that weightlessness is a feature of many of the wines. By and large, these are wines that reflect their terroirs – both good and bad – a fact that will delight purists. As a general rule, the better the vineyard, the better the wine.

Overall, I don’t think this is a legendary vintage, although the superstar domaines have certainly produced great wines. The 2010 La Tâche from the Domaine de la Romanée-Conti, for example, is one of the most refined young reds I have ever tasted. I don’t think the wines will age as well as the 2005s, but they are beautifully balanced and will give much pleasure in the short to medium term.

Merchants who say that the vintage is equally good for reds and whites are not being entirely honest, or weren’t tasting the same wines as I was. Marked botrytis is a problem in some cases. Also be aware of the storm in the southern half of the Côte de Beaune on September 12th , which meant that producers who did not pick quickly have made wines that will develop rapidly in bottle. Chablis and Meursault are generally more reliable than Chassagne and Puligny.

Talking of storms – and the mixed summer that preceded it – it’s worth remembering that, twenty years ago, 2010 would have been a disaster. What saved the vintage this time were sorting tables and the small size of the crop. Some growers made 30 to 50% less wine in 2010 than in 2009.

Given the reduced quantities, the demand for the top wines will be feverish. These days, the best growers have sold out before they pour a drop in London. But there will be more than enough wine to satisfy collectors and drinkers alike. Prices are mostly fair (the same as 2009 except for some of the Premiers and Grands Crus) and the wines are bright, aromatic and very drinkable. Next year, it would be nice to taste the wines in one place, rather than 28. But don’t count on it.