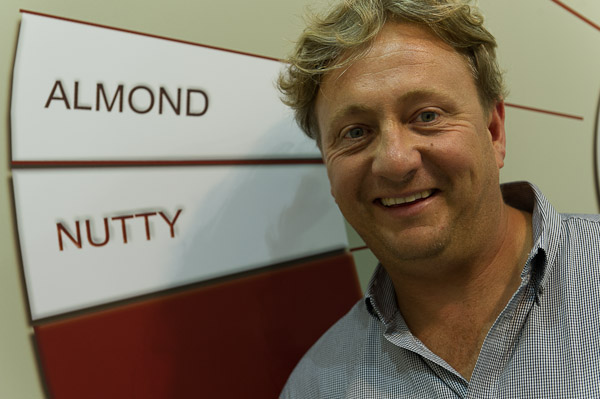 Imagine a wine column that began with the following sentence: “Now since there is much to be written on wine, let us discuss briefly some points of special interest after the manner of Aristotle.” As intros go, I’m sure you’ll agree that it’s some way short of engaging. But that’s how George Saintsbury, a literary critic and wine writer, chose to kick off an article in the Morning Post in May 1923.

Whenever people accuse modern wine writers of failing to engage with their readers, I like to show them something written a hundred years ago or more. Even if we make allowances for the language used at the time, the writing holds you at arm’s length rather than engaging you.

And yet buried within them, Saintsbury’s musings contain a sentence that is still relevant today, especially in the wake of a study published last week in the American Journal of Enology and Viticulture, suggesting that we wine experts are out of touch with the palates of “ordinary consumers”.

Pronouncing that one wine is better than another was no easier in Saintsbury’s time than it is now. “Here, as else- and every-where in criticism, not only the hardest thing to attain but also the hardest thing to get recognised when attained, is the appreciation of difference without insisting on superiority.”

In other words, we experts may know that, say, a Leflaive Puligny-Montrachet is better than a supermarket Pinot Grigio, but how do we convey this without coming across as “wine snobs”, a term which is particularly damning in the UK, where expertise in food and drink is still mistrusted? That’s why the media jumped on the findings of that American study with such glee, even though they were pretty unremarkable.

The authors of “Wine Expertise Predicts Taste Phenotype” (to reveal its snappy title) discovered that wine “experts” display “more acute discrimination between stimuli”. Translated into English, this means that those of us who taste wine regularly, whether for a living or for pleasure, often have more sensitive palates.

In some instances, we start out that way – “individuals may self-select for specific professions based on sensory ability” – in others, I suspect, we develop our sensitivity over time. Like tennis players with muscle-bound forearms, our palates should get stronger and finer the more we taste.

What is more interesting is the way the research was interpreted here. “Wine experts’ recommendations are of no use to most drinkers because their palates are not sophisticated enough to appreciate subtle flavours,” pronounced The Daily Telegraph. “Evidence that experts taste wine in such a different way may mean that the 100-point scale used by critics – incorporating characteristics such as tartness, sweetness and fruitiness – is pointless for ordinary consumers.” Note the none-too-subtle introduction of a divide between “us” and “them”.

On the Today Programme, the normally intelligent Evan Davis said that he’d always assumed that wine experts “made it up”. Davis’ comment was a joke, of course, but it was symptomatic of a deeper British prejudice against professional sensory evaluation. Anyone who finds quince, nuts, kerosene or whatever in a glass of wine, rather than just good old grapes, must be a wine snob. Or French.

The Daily Telegraph concluded that specific descriptions of wines, “such as having grapefruit or grassy notes, or the balance of sugar and acid, may also be too subtle for most drinkers”. Or as Professor John Hayes of Pennsylvania State University, one of the authors of the study, put it: “If an expert’s ability to taste is different from the rest of us, should we be listening to their recommendations?”

It’s a good question, which deserves a response. If we experts experience wine in a different way, what’s the point of trying to describe that experience to “ordinary consumers”? For a start, I’d say that the gap between the two is not as wide as some people claim. Surely it’s not beyond the abilities of the man or woman in the supermarket wine aisle to recognise the smell of cut grass or the taste of a strawberry? You don’t have to be a Master of Wine to use your nose and palate to identify every day things.

It’s a given that we all inhabit our own sensory universes, established and influenced by nature as well as nurture. Just as importantly, some people – not just wine experts – are more sensitive to the five basic flavours (sweet, sour, salt, umami and particularly bitterness). But there is still common ground.

Communication is possible, and even desirable. Your cranberry may be my red cherry, as it were, but most wine drinkers would agree that a Beaujolais is softer, lighter and fruitier than a Barolo, whatever their level of expertise. Wine writers are attempting something difficult when they attempt to put aromas and flavours into words, but that doesn’t mean the exercise is pointless or worthy of scorn.

In the end, sensory evaluation matters because good wine and food matter in a civilised world. As George Saintsbury recognised, this has always been the case. Even in Aristotle’s time.