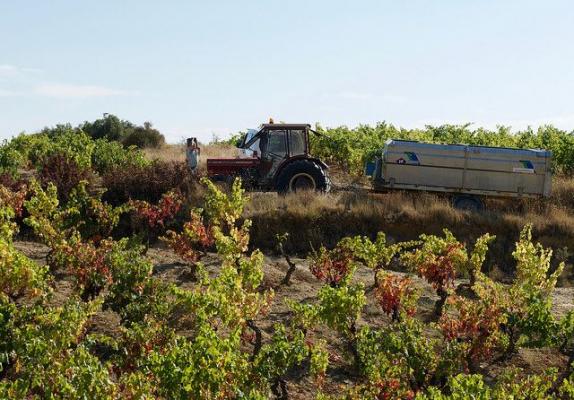 The poster in Vivanco’s Museum of Wine Culture said it all. It was first published in 2001, but it looked much older than that. Over 300 Rioja labels were crammed into the frame, most of which wouldn’t win a design award but are reassuringly familiar. The title of the advertisement – La Fuerza de Un Nombre, or The Force of a Name – presented a unified image of Spain’s most famous appellation: all for one and one for all.

That was how it was back then.

Fifteen years later, Rioja is anything but consensual. The region is in the throes of profound changes that will affect the way it is labeled, marketed and made for the foreseeable future. Most consumers of Rioja wines are unaware of the forces that have shaken the Denominación de Origen Calificada (DOCa) over the last year or so, but that doesn’t make them any less real.

Regular readers will be familiar with Juan Carlos López de Lacalle of Artadi’s decision to leave the Consejo Regulador (Control Body) in January 2016. He was the first producer to do so in 90 years and his departure was a seismic event. Some have accused him of opportunism, others of being in league with the Basque government; but what really matters is that his example has inspired others to question the status quo.

Forty members of ABRA, the Association of Rioja Alavesa Wineries, which represents 150 of the sub-region’s 240 small and medium-sized bodegas , are on the verge of following López de Lacalle out of the door. The rebels are seriously discussing using the same wording as López de Lacalle does on his labels – Viñedos de Alava – and going it alone. Will they actually go through with La Exit, as one producer dubbed it? We shall see, but the threat is real enough.

The Consejo has never been the most innovative or reactive of organisations, dominated as it is by large companies and co-operatives. Despite a good deal of lobbying by smaller producers and external pressure for change, it has stolidly stuck to a system that has served Rioja well in the past, and still does to a degree. This consists of marketing wines according to the time they do, or don’t, spend in 225-litre oak barrels, as Sin Crianza, Crianza, Reserva and Gran Reserva. Less forgivably, it also means denying wineries the opportunity to use the names of vineyards or villages on their labels, unless they are brands or part of a winery’s physical address. It’s all about protecting the force of that name, apparently.

Now, partly as a result of what’s happened in recent months, the Consejo appears to have recognised the urgency of the situation. It’s not official yet, but by the end of the year Rioja is set to announce a new tier of wines – so-called Viñedos Singulares, or Unique Vineyards.

What are we to make of this? The first thing to say is that the proposed requirements for qualification aren’t particularly stringent, presumably to allow the dozen big companies that bestride the region to take advantage of the category. The second thing is that it’s a bit late. Anyone who is familiar with the region knows where most of the best single vineyards and estates are already: Allende’s Calvario, Artadi’s El Pisón, Pujanza’s Norte, Viñedos de Páganos’ El Puntido, Contino, Remelluri, Marqués de Murrieta and so on. Several of these brands already use the words single vineyards or single estate on their labels, openly flouting the rules.

My feeling is that the Consejo has begun with the roof, rather than building a new structure with solid foundations. Some producers I spoke to, especially in the Rioja Alavesa, where the majority of the region’s best vineyards are located, regard Viñedos Singulares as a distraction from a more profound study of the region’s villages and soils.

The existing sub-regions (Alta, Alavesa and Baja) are certainly too broad, but what should replace them? One idea is to introduce nine smaller sub-zones, most of them with pretty unsexy names. La Sonsierra (which includes all of the villages on the north bank of the River Ebro between Oyon and Labastida) makes some sense, given that this area is widely recognised as Rioja’s Côte d’Or. So does Monte Yerga, the best and highest bit of the Rioja Baja. But it’s hard to see consumers getting excited about a wine from Laderas de Cameros Viejo or Cuenca Alta de Alhama.

What would make more sense is to divide Rioja, Chianti-style, into Clásico and non-Clásico zones, or better still, along Burgundian lines, using vineyard designations based on soil type, altitude, drainage and historical fame and, below that, a series of village wines from Rioja’s 144 communes. Rioja, too, should have its equivalent of Grands and Premiers Crus, its village and generic wines.

Should it do away with the terms Sin Crianza, Crianza, Reserva and Gran Reserva, which have a certain resonance with consumers, even if they have nothing to do with wine quality? Not immediately perhaps, but in time, yes. The future strength of Rioja lies not in uniformity, but in diversity.