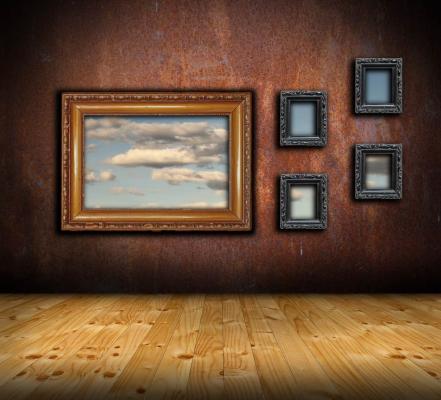 If you’re going to contemplate beauty in wine, you might as well do it in an art gallery. Well, that was my reasoning when I accepted the invitation, even if it was under the ruse of an all-women fundraiser for a cosy 200 guests on a bright spring afternoon. Where better to contemplate beauty – the enigma that Oscar Wilde called ‘a form of genius’, Plato claimed to ‘permeate our souls’ and Albert Camus said ‘drives us to despair’ – than in a place with walls adorned by artists whose very calling was to express the concept for its own sake?

Like all mass gatherings of a single species, it was a spectacular site to behold. We were a flock of pastels and neutrals in soft breezy fabrics. Excited chatter morphed into white noise and sent birds flying from trees. A gale of perfumes fought for airspace with the natural aromas of spring. Were I a pink flamingo, or some such other species that socialised in colossal flocks, I might have felt more comfortable to be among that many women all at once, so I was grateful for the glass of sparkling wine — and then for the second — I sipped on the terrace with friends before we migrated inside for lunch.

It has long been said there is beauty in the detail and this was true when you zoomed in on our crowd. I met many women on the slow and chatty journey to our tables and noted how the beautiful souls had a way of standing out from the crowd. They exuded a halo of generosity, cut to the heart of real matters, met your hand with a gentle squeeze, saw you rather than looked at you, and laughed with you deeply. It was equal parts heart and soul. Whoever said beauty was only skin deep kept shallow company.

Others were cooler. “Who?” said one woman, curling the corners of her mouth into a half-smile, half-snarl when my friend introduced us. My outstretched hand dangled in the space between us while she did her best to avoid eye contact. Her bright, white hair was slicked back from her stern, bird-like face and her navy blazer draped across her shoulders, as if placed there by the help. She was Draco Malfoy in Ralph Lauren. My hand hovered a second longer while hers remained clamped shut underneath her blazer, which now looked suspiciously like a cape, before she turned and walked away.

During lunch, an exquisite painting of a young woman was presented to the gallery. Its beauty silenced the chatter and altered the atmosphere. It made me want to smile and weep and love someone at once. Instead, we clapped. If the task of expressing beauty is a challenge, the task of defining it even more so. Even Susan Sontag struggled for a concise definition. In her essay An Argument About Beauty she gives us a sketch: “Beauty is deep, not superficial; hidden, sometimes, rather than obvious; consoling, not troubling; indestructible, as in art, rather than ephemeral, as in nature. Beauty, the stipulatively uplifting kind, perdures.”

In wine, beauty is a term that is used but never defined. How could it be? We can barely agree on what constitutes a good wine, let alone concur on a concept as elusive as beauty. Wine’s beauty lies in the shadows, in the hints and whispers that are felt rather than noted, the charms alluded to but never seen. The impossibility of defining beauty in wine is made even more difficult when you consider that beauty is relative to an infinite set of qualities that are unique to each wine, region, vineyard or vintage. A beautiful Burgundy is different from a beautiful Barolo. And yet, we know a beautiful wine when we sense it. A form of genius indeed.

Perhaps it was the aesthetic backdrop and the feeling it generated, but I suddenly became aware that the sparkling wine we had been drinking was not very beautiful. It seemed an aesthetic disappointment given we were at a gallery and surrounded by great works of art and a general feeling of charity. I felt bad for thinking it — after all, we were here to raise money for a cause, not get drunk on expensive wine. But it did intrude on my experiment a little.

“Obviously, you can’t say something is beautiful if you are not willing to say something is ugly,” continued Sontag, a woman who was clearly not familiar with the conventions of wine writing. We reserve most of our words in wine for the good, the great and the technical. Ugly wines are quickly dismissed or not acknowledged at all, the absence of a note being note enough. But who am I (who is anyone?) to disagree with Sontag?

The wine didn’t so much glide over my palate as land on it. To taste, it was disjointed, as though the components were assembled from a factory, without care for integration or longevity. From a distance it looked like wine, up close like a patch job. Citrus notes tasted not like fruit but like citrus flavouring, wide clunky bubbles smashed about my palate like dodgem cars at a fair, and its texture was as sharp as broken glass. Initially loud and shouty, its flavours disappeared abruptly, leaving an aftertaste of industry.

Knowing all that is possible from wine, the fact this wine was created as a celebratory drink and served to complement the beautiful felt like a bit of a hustle. The same kind of hustle as when someone tries to pass off something ugly as being better than it is. I find this cheeky for two reasons: first, they think we are so naïve that we don’t know the difference; and second, they think so little of us they try it in the first place. It was not the first time that day I had that thought.