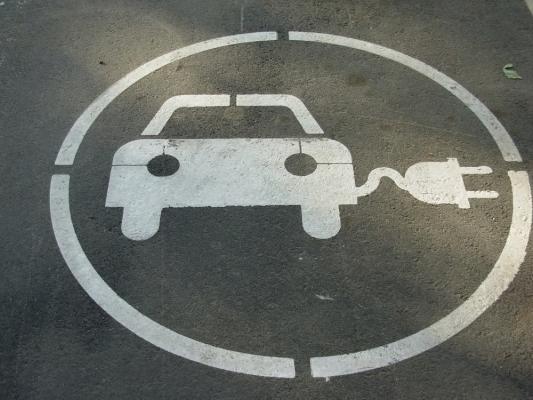 It might surprise you to learn that London had a fleet of electric taxis in the late 19th century. They were known as hummingbirds because of the noise they made. It wasn’t just Britain, there were 30,000 thousand electric cars in the US at the time. And then they disappeared, replaced by the internal combustion engine.

I discovered this from a book that has just been published by Steven Poole called Rethink: The Surprising History of New Ideas.His thesis isn’t quite that there’s nothing new under the sun but rather that some ideas have a habit of coming back even those that have been thoroughly discredited. Poole writes: “what history tells us, time and again, is that absolute confidence is a shaky position at best”. As I was reading, I kept thinking how relevant this is to wine.

Take grape varieties, for example. When I first started drinking wine in the 1990s, Cabernet and Chardonnay were in the ascendant and it was common for wine writers to malign the traditional varieties of the Languedoc. The EU offered incentives to pull up Carignan and Cinsault. André Cazes from Domaine Cazes in Rivesaltes is quoted as saying: “when foreigners had the pick of our varieties, did they choose Carignan or Macabeu? I don’t think so – they went for the best ones France had to offer.”

Now though, wine lovers are falling for such maligned varieties such as Carignan, Cinsault and País. There’s a group in Chile called Vignadores de Carignan which promotes old vine Carignan. Some of the most interesting wines in South America nowadays are field blends. Whereas previously field blends were being replaced by single varieties, now producers will proudly tell you that they don’t know exactly what’s in their wine.

So what has changed? Global warming is undoubtedly a factor. Often these previously unloved varieties are better suited to warm climates and can be dry farmed, useful where water is becoming scarce. We can thank the broadening tastes of wine drinkers too. But it’s also to do with improvements in technology. The reason why electric cars are returning is because of advances in battery power from the mobile phone industry. Torres in Catalonia has a programme to revive lost native varieties. I met with Miguel Torres Maczassek recently. He told me that in the 1970s, when Torres were making a name for themselves with international varieties, they didn’t have the understanding of fermentation necessary to make fine wines out of these obscure varieties. It was easier just to plant Cabernet Sauvignon.

It’s hard to imagine now but at one point the oak barrel were considered an anachronism. Stainless steel was the future. The 1967 edition of Alexis Lichine’s Encyclopedia of WIne states: “the only reason for the French using barrels is because formerly it was all they had”. Thanks in no small part to their championing by Californian winemakers, barriques came back in the 1970s and 1980s. Now, the latest thing is something that makes barrels look like a flash in the pan, amphorae. No longer do I look for the giveaway pixie wings when I meet a winemaker who uses amphorae.

There’s an element of fashion here of course, new oak barrels are a status symbol, but also the oxygenating properties of oak are now better understood. It’s particularly useful for preventing reductive notes in varieties such as syrah. Other elements of winemaking that were thought of as folk wisdom can now be explained scientifically eg. not racking when the weather is stormy because it makes the wine cloudy.

One thing we still don’t understand is why old vines make better wine but the new science of epigenetics might provide an answer. This, as far as I understand it, posits that genes are not, as was previously thought, fixed; they can change throughout the lifetime of an organism. Vines as they get older might be in some genetic sense be learning. Even more remarkably these learned characteristics can be passed on to offspring. Poole shows how similar this is to the previously discredited theories of Jean-Baptiste Lamarck, a French scientist who died in 1829. At school we we taught that Lamarckism was a scientific dead end in the understanding of evolution. Now epigenetics show that he may have been right all along.

Poole refers to Lamarck’s theory as a “black box” – an engineering terms that describes something that works but we don’t know how. Which brings us on to biodynamics. It seems to work. At least some very serious and not at all wacky wine makers practise it. Yet it involves homeopathy. According to Poole “homeopaths are agents of nonsensical woo woo.” Yet he talks with a scientist Michael Brooks who explains how homeopathy might work through epitaxy a process where “structural information is transferred from one material to another.”

I get the impression that Poole still thinks homeopathy is nonsensical woo woo but he is demonstrating the usefulness of keeping an open mind. “We really should give wrong ideas a second chance. People can be right for very unsound reasons. And wrong for very good ones.” If you want to predict the future of wine, study the past.

Empire of Booze: British History Through the Bottom of a Glass by Henry Jeffreys will be published 3rd November.