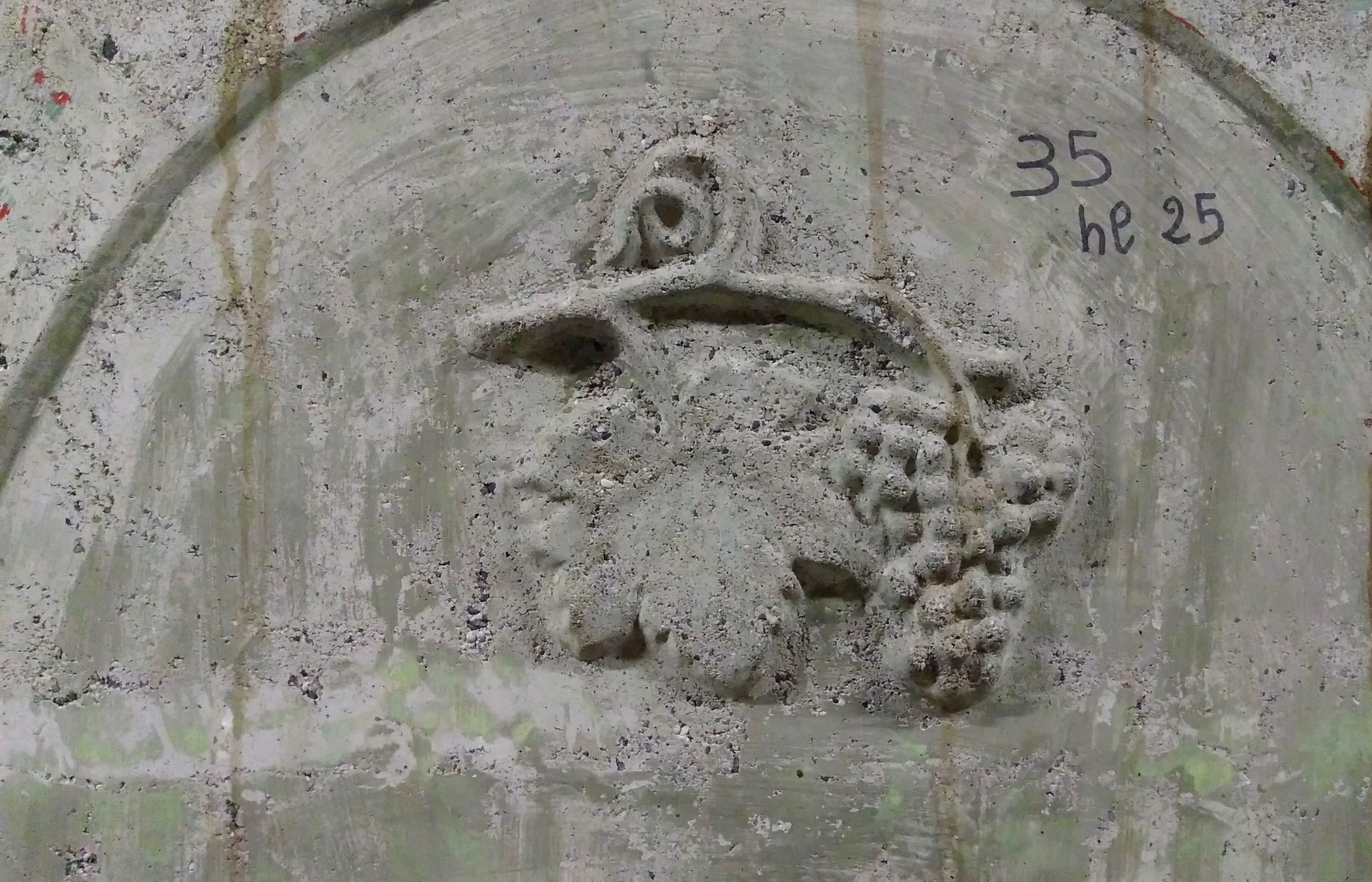 Monferrato is a land on the margins of history. Among the ruins of industrial archaeology and a landscape that could be in the Balkans, lies a land that is of Italy, but not the Italy of the tourist guide. Somewhere in the mists of history one can find tales of glory and medieval intrigue, unlikely heroes, Germans and Byzantines, vying for the frontier margraviate. Those, however, ended centuries ago. Monferrato (or, in formal English, Montferrat) was subsumed by the House of Savoy, and the future would not be made in Casale, but in Turin. Today, the monferrini are a Piedmontese archetype. They work hard, and go to bed early; they talk little, and boast less. The glitz and glamour, the verve and noise, happen elsewhere. Their pride is a quiet one.

As with the people, so with the wines. Monferrato wines rarely headline expensive Manhattan dinners. Barbera does not signify a weeknight wine here, but the region’s top DOCG. On occasion, Monferrato Astigiano might make the odd appearance on the international radar, its Barberas celebrated just a fraction less than their Langhe counterparts. But in Basso Monferrato proper, nearer to the Po than the Tanaro and nearer to Casale than Asti, competition with the Langhe is barely a consideration. Theirs is a story of the other grapes of Piedmont, Freisa and Grignolino, Dolcetto and Ruché, where no-name takes arriving in refillable bottles can compete with the local middle class.

Were someone to write a vinous drama of Monferrato today, the familiar roles from anywhere in the Old World would appear. There are the traditionalists, local stalwarts representing the area nationally, like Accornero, Braida, or Montalbera. There is the natural wine contingent, like Iuli and Crealto, breaking with the established way of doing things. There are the neighbouring aristocrats, international-calibre names from the Langhe like Prunotto or Pio Cesare, making the odd wine with Monferrato on the label. And then there are the newcomers, often from further afield, from tiny estates like Montefiorito,to serious investments like Hic et Nunc. Yet the clichés of the international market hold little sway here. The traditionalists do more than one thing well. In a place where wine is still well connected to its agricultural roots, low- or minimum-intervention doesn’t come as a revolution, but just being a bit old-fashioned. Talking to Fabrizio Iuli, say, is far from talking to a militant – just to one more Italian tired of bureaucracy. As for newcomers, there seems to be no problem with that. If the Lombards of Hic et Nunc (owner and manager from Bergamo, winemaker from Franciacorta), have been swiftly accepted in this most Piedmontese of regions, then there truly is space for everyone.

It’s not only the wineries that are proliferating, but the grape varieties as well. French varieties are no strangers to Monferrato, often in atypical blends. I was taken by Braida’s il Bacialé, blending their signature Barbera, with Merlot, Cabernet Sauvignon, and Pinot Noir, a little curiosity that comes out juicy but precise, with acidity that hints Italian, but generosity that suggests the New World. It is the rediscovery of, and experimentation with, local varieties though that is likely to pique the interest of the more adventurous drinker. On the one hand, there is Slarina, planted and vinified by Iuli following a session with the University of Turin. It leads to an extremely delicate wine, whose aroma brought to my mind candied rose petals. On the other end, there is Albarossa, a cross between Nebbiolo and Barbera, which, when vinified by Bricco dei Guazzi, leads to a rich and lush wine, like someone was trying to bring Priorat to this corner of Piedmont. And then there is, of course, Ruché, one of the most divisive grapes in Italy. I confess I often struggle with it myself: I’ve found the more lauded examples to be strangely conflicted, the mix of violet and sweetness, resulting in something like a very idiosyncratic syrup. It is much more interesting in the more rustic versions, where the flower notes are more muted and paired with spiciness and acidity.

With this rich and distinctive viticultural heritage, it is something of a surprise to see Monferrato jumping on a popular bandwagon. Small plantings of Nebbiolo have existed locally for a long time, but moving to a DOC seemed odd. Yet, Monferrato Nebbiolo (and Nebbiolo Superiore) DOC became a reality in 2018, and the first labels should soon make their appearance, if they haven’t already. It is rare to find a great Nebbiolo in the area, and the cynic in me sees this as a largely commercial move (as one producer put it to me, the Langhe alone just can’t produce enough to meet the demand). It is also interesting that, while everyone agrees that Monferrato Nebbiolo should be different to the Langhe’s, nobody could explain to me exactly how it should be different. But it is optimistic that almost everyone I spoke to is also confident Nebbiolo has a future there, including those that do not intend to plant it. I remain a sceptic, but I am looking forward to becoming convinced. After all, in those hills people might work quietly – but they do work.

IULI BARABBA 2016
Barbera del Monferrato Superiore DOCG
Juicy red fruit on the nose, with a lively acidity, reminiscent of aged balsamic vinegar. On the palate it comes fresh and focused, with the tension inherently present in Barbera, but with a lightness that is rare in more conventional examples. There is a bit of a tannic grip in the aftertaste, which promises a couple of years more.
(Drink: 2021-2024)

HIC ET NUNC, FEMMINILE SINGOLARE 2019
Barbera del Monferrato DOC
Sweet, intense nose, rich in ripe red fruit, very different from the austerity Barbera often shows. More typical on the palate, with robust tannins and a more rustic roughness and acidity. Long aftertaste and good ageing potential. There is something of the Formula 1 in all of Hic et Nunc’s wines, which works very well for Barbera.
(Drink: 2023-2030)

CREALTO MARCALEONE 2018
Grignolino 100%
It’s not unusual for me to struggle with Grignolino, finding it too light to support the smokiness. I had no such trouble here. The nose is very lively, with sweet red cherry and strawberry. On the palate it achieves an impressive balance between freshness and structure: it has tension and lightness, but also a corporeality and intensity of flavour. The Grignolino smoke is a leitmotif, not an overpowering smog as it so often happens.
(Drink: 2021-2023)

PIO CESARE GRIGNOLINO DEL MONFERRATO CASALESE 2018
Textbook Grignolino in colour, a very faint red. Gentle, delicate aromas of rose and carnation, with just a touch of smokiness. Similarly delicate and precise on the palate, creating substance out of lightness, with echoes of charcoal and tannin. Long and complex aftertaste, with just the tiniest bite. A very noble expression of Grignolino.
(Drink 2021-2023)

PREDIOMAGNO RUCHÉ DI CASTAGNOLE MONFERRATO 2018
Intensely aromatic profile, combining violet and cyclamen, with sour cherry and chocolate. The palate is fresh and tense. There is a bitter bite which, together with the acidity, won’t be for everyone, but will excite those who are looking for an antidote to sugary reds. This is different and intriguing, an idiosyncratic wine whose elegance is composed of rough edges.
(Drink 2021-2023)

PRUNOTTO MOMPERTONE 2015
Barbera 60% – Syrah 40%, Monferrato DOC
Rich, deep, and abundant on the nose, with ripe red fruit and sweet plum at first, then vanilla and chocolate second. Silk-textured and elegant on the mouth, combining richness with an undercurrent of tension. Though this is Barbera-led, it is a Barbera fully tamed. At peak now, but will go a couple of years more.
(Drink 2021-2024)

MONTEFIORITO NEBBIOLO 2018
Monferrato DOC
This will be Monferrato Nebbiolo next year. A surprise from a tiny, effectively new estate, a Nebbiolo aged in amphora that works. Complex nose, with smoke, hints of tar, sour cherry, and an underlying tension, like a coiled spring. This materialises more clearly on the palate, in a tug-o-war between agility and power. Falls a bit short on the aftertaste, which almost evaporates, but a very interesting Nebbiolo overall, more reminiscent of Alto Piemonte than Monferrato.
(Drink 2022-2025)