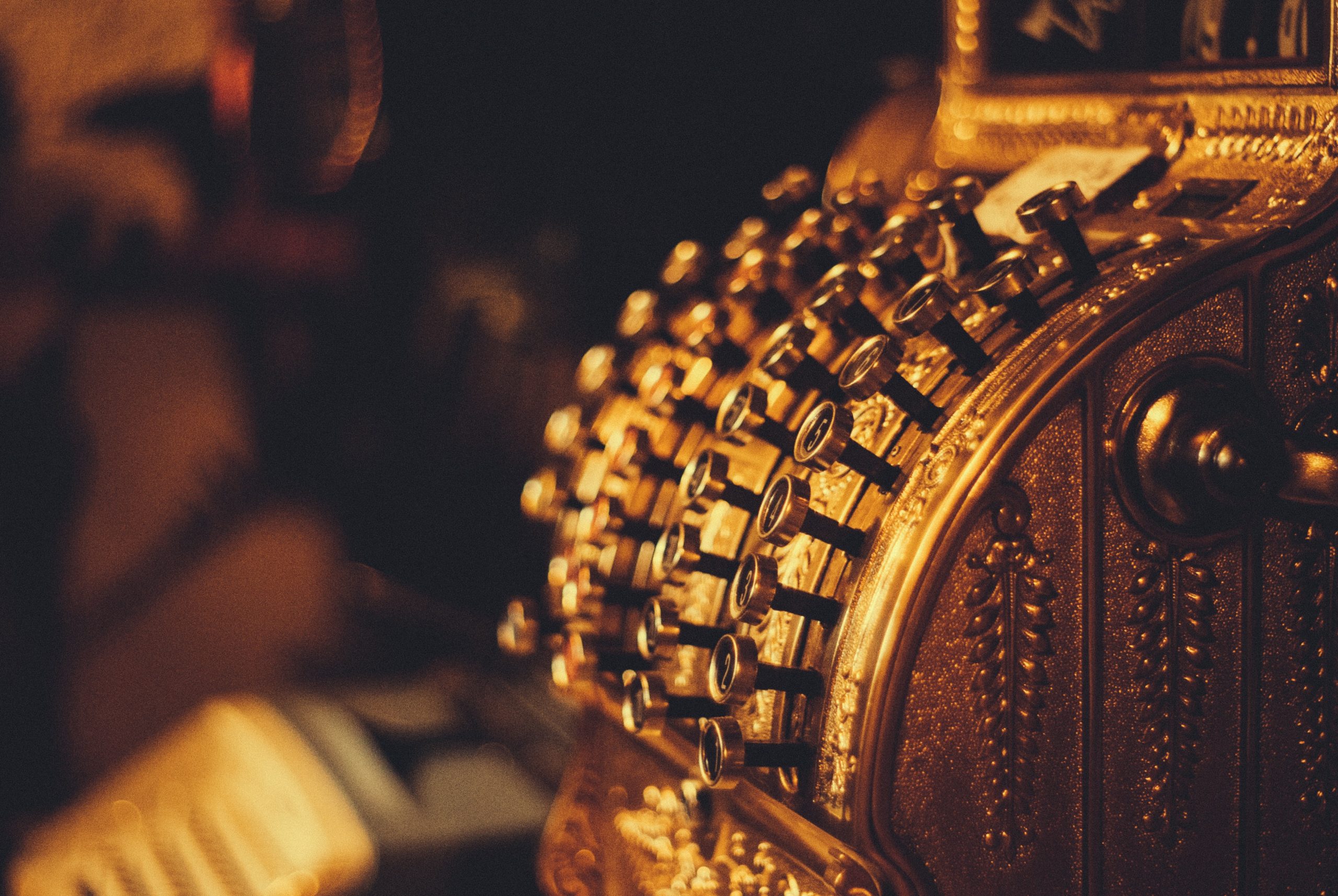 In the last few days I was asked for my opinion on the walking shoes I had bought the week before, and on the book I’d just finished reading. Sainsbury’s wondered how they did when delivering my food shop and Virgin media was anxious to know how happy I was with their “self-help” service. Last but not least, Majestic enjoined me to “Rate this product” on their website.

At the same time I was offered the “opportunity” to purchase Goodreads reviews for my novel. I engaged, not because I had any intention of forking out but because I was curious to find out how that particular con would be dressed in respectable clothing.

It got me thinking about reviews and how they have become an indispensable tool of commerce while being intrinsically flawed.

I am happy critiquing a book or a bottle of wine but I am not, nor do I want to be, an expert on walking shoes and I don’t want to think about my food shop for one second more than it takes to place the order and put it away when it arrives. As for Virgin Media, they’re treading on thin ice as I only use their self-help service when the Internet is down, something that’s guaranteed to put me in an ugly mood.

Yet the prompts, emails and polite reminders keep coming like messages from wannabe friends I can’t remember meeting. My opinion on everything is eagerly sought out as is everybody else’s, regardless of how much we know about the product in question.

Surely an exception should be made for, say, tech products or wine considering how many consumers admit to not knowing much about the stuff?

I had a quick look at the reviews for Nyetimber Rosé on Majestic’s site: it felt like eavesdropping at a suburban party. “This is superb,” one punter declares encouragingly if not helpfully in terms of descriptors. “Bloody good,” adds another, whom I imagine to be a ruddy type, maybe with slightly vibrating jowls.

My favourite though was, “This is superb. Ignore the 3* review. This beats Laurent Perrier Rosé. I have had at least 12 bottles and they are all gone. One of our local pub restaurants sold this by the glass during the summer and I had it every time. Now I have to make do with the Taittinger.”

I have corrected the spelling and punctuation mistakes because I am kind. This man – it’s definitely a man – has a loud voice and a long suffering wife who may or may not sleep with her tennis or golf coach.  He voted Brexit, always knows best, loves to flash his cash, may work in the City and is a terminal bore. I feel I know him, but I can’t say the same about the wine he is recommending. So what’s the point?

The last ten years have seen the spurning of experts in many fields. “People in this country have had enough of experts,” Michael Gove famously declared a few weeks before the 2016 referendum. I wish he’d listened to a few on, I don’t know, customs, freight forwarding, that kind of thing but that’s by the by. He didn’t consult me.

For wine as for everything else, peer recommendations are where it’s at now: no more arrogant sommeliers dictating your choices, no more stuffy experts. Some clever clogs cottoned on to the fact humans are more likely to listen to the advice of an approachable friend or a fellow random consumer than to that of an intimidating stranger however more qualified they may be, and the Internet did the rest. But how well does it work for wine?

Going back to Nyetimber Rosé, I had a look at Wine-Searcher and found Tom Cannavan’s tasting note: “An assemblage with some wine vinified as red Pinot Noir in the blend, the overall Pinot Noir content is around 60%-75%. There’s a delightful swirl of smokiness to this, lots of small redcurrant fruit that is dry and concentrated, but it is sweet too as it strikes the palate, lovely delineation, the fruit driving it against a quite creamy mousse, and a long and balanced finish.” Thank you, Tom, I now know what the wine tastes like. It helps.

Vivino claims to log 100,000 ratings a day. Nyetimber Rosé has 1,023. Thank God they’re a tad more eloquent than Majestic’s, although I admit I didn’t read all of them. “Very tasty and serious Rosé bubbles from Nyetimber,” says Brennus. “49% Pinot Noir, 49% Chardonnay, 2% Pinot Meunier. 3 years on its lees.  Very dry style with hints of peach skin and only a remote ghost of wild strawberry. Minerals show, white stones sticking out. Beautiful red berry acidity. Not many descriptors to give here, but it’s a very elegant example and drinks superb.”

Not as eloquent as Tom but well done Brennus. Although wasn’t there a ghost in a Champagne tasting note that was panned on Twitter recently? It must be a thing with sparkling wines, ghosts.  Back to Brennus, who deserves a lot of credit as he has contributed 3,839 tasting notes to Vivino. Let that sink in. Vivino only started in 2010. That’s a minimum of 383 wines per year, more than one bottle a day. Brennus has either a drinking problem and deep pockets, or he is a wine professional. He passed his WSET 3 with distinction, still according to Vivino. I now want to know more about Brennus but unlike our Majestic friend, he is as mysterious as he is prolific.

A quick exploration of Vivino shows most regulars have reviewed about 300 wines. I looked for a search function for the site’s top tasters and couldn’t find one. I was hoping for a top ten and maybe a rating of the raters. Because people can be rated too, I found out recently, at least footballers can. They are given scores out of 100, just like bottles of wine and like wine, only a narrow band of scores at the top are used with the top 100 players, scoring between 85 for the lowest performers and 94 for Cristiano Ronaldo. No perfect 100 points there. Humans clearly are not as flawless as bottles of wine. But we knew that.

This brings me on to my next gripe, the scoring system used in reviews. A recent episode of the excellent podcast This American Life was called “Everyone’s a Critic”. It didn’t touch on wine but had me laughing out loud by pointing out the same five star scale is used for rating most things nowadays from the Great Wall of China – given only one measly star by some reviewers – to a cupcake stand, making such ratings meaningless unless you know the context: not enough toilets on the Great Wall of China allegedly for those who may worry about that one star rating. Again, pause and consider.

The same applies to wine. Vivino gives reviewers guidelines on how to use the five star system. Majestic doesn’t. No wonder Mr Flash the Cash is upset with the reviewer who only gave his favourite tipple three stars. If he’d been able to have a word, maybe those three stars would have turned into five?

At least, if I walk into a shop, I know that the staff tasting notes have some kind of coherence. If I look at the results of a serious wine competition such as the International Wine Challenge, the International Wine and Spirit Competition or the Decanter World Wine Awards, I know that the ratings will have been double checked and will offer some logic. The same applies to wine writers: American ones tend to be more generous in their ratings, British ones less so. There is context; there is logic.

Because there is usually a body of work by one particular writer, the consumer can try a few bottles they’ve recommended and decide if their taste is similar or miles apart. I’d find it exhausting to follow the guidance of random punters when I refill my mini cellar. What if we don’t like the same wines?

There is an implied level of trust in the review system that sits at odds with society’s current cynicism. You will buy the shoes I recommend but you won’t listen to a scientist telling you to get a vaccine?

This is actually one of the things that bewilders me most when chatting to civilians: the blissful abandon with which they ask me (or any wine professional) what my favourite wine is. I usually answer them in the time-honoured Jesuitical way, asking them if they’d follow my recommendation if I told them to eat steak rather than chicken.

Yapp doesn’t have consumers’ ratings on their website. I like that. It’s more intimate. I am not reminded of all these other people who also buy from them. I can pretend they’re only talking to me.

The Wine Society does, though. You win some, you lose some. And it’s a society, which could be the reason why. I like them, so I won’t say anything against them. Their reviews are so much better than Majestic’s anyway, more policed, more elaborate. A better class of customers? They are also a lot more reliable: no reviews on the 2020 rosés yet, for example, which seems to indicate reviews are vintage specific, something which is kind of important for wine. No such bother at Majestic where a 2020 rosé was described enthusiastically eight months ago as, “One of the best wines I have ever tasted. So soft it drinks like liquid silk.” Yet, eight months ago, it would have an unripe bunch of grapes hanging in a vineyard somewhere in France, not a liquid negligee.

Reviews are there to stay, whether I like them or not. Amazon, the biggest online merchant champions them and they know what they are doing. Consumers will hopefully get savvier on which ones are legit and which ones aren’t, in the same way professional recommendations have improved and become more reliable. Some people of my generation may remember a wine called Figaro which won one of the biggest possible awards in the 1990s and went on to sell hundreds of thousand if not millions of bottles. Let’s just say that producers were requested in subsequent years to declare to the competition how much of the wine they were entering they’d made in the first place.

The wine world seems to suffer more from fake people than from fake reviews, if recent online comments on Instagram pods are to be believed. So let’s cheer up, as it’s much worse in the book business. The “Booktasters Ambassador” who approached me online cheerfully offered me 100 guaranteed Goodreads reviews of my novel, “Tasting Notes”, for $1,200. A bargain. When I questioned the deontology of her proposal, she was quick to reassure me: “Do not worry, dear,” she said. “The reviewers aren’t paid, you’re only paying for administrative costs.” She could still guarantee good reviews without having read a line of my work though. Another optimist who believes there is good to be found in anyone and any piece of work? I’d go for con artist. She called me “dear” throughout our very brief exchange. That really grated.

Photo by Ramiro Mendes and Unspalsh