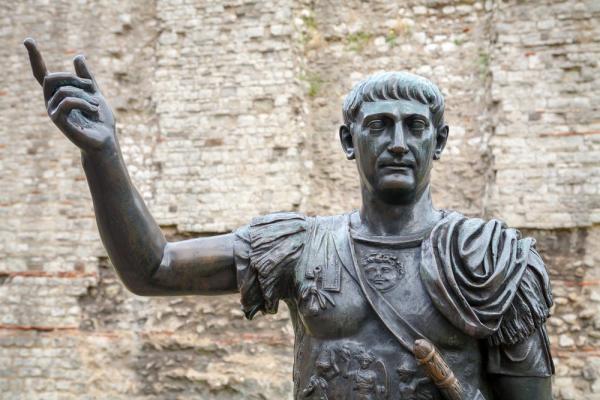 The Emperor of Wine was brooding. What had it all been for, he asked himself. The power, the points, the bluster. Now, nearly 70, the body breaking down like En Primeur sales without his scores, collapsing under its own weight, mired in the useless numbers assigned by wine writers with the combined integrity of a pack of hyenas, he was transitioning into a new time in his storied life.

Where once the very mention of his name struck fear into every winemaker’s heart, now they felt only ennui. No more Emperor? Ennui go. Now they could make wines they liked to drink, not wines he liked to drink. Natural wines, orange wines, Pet-Nat. What the hell was Pet-Nat? he wondered. Some sort of venereal disease? He thinks he may have had it once. He thinks he remembers having to hide the special Pet-Nat Free shampoo he had to use on his pubes. All he remembers about Pet-Nat is that it smelled yeasty and filled with shame. And now people drink that stuff. Why had he wasted his life trying to teach them about what tastes good?

When the first of his visitors arrived, the Emperor was groggy with Rayas and Cheetos. His custom-made Riedels, emblazoned with his likeness and as fragile as his reputation, were stained an electric shade of Cheetos orange. For a moment, he dreamed he was drinking from the President’s head, the largest empty vessel he could imagine. His visitor’s sudden appearance startled him from his stupor. As his eyes slowly focused, he was astonished to see Dr. Jay Miller standing before him. His one-time protégé who had sullied the Emperor’s reputation. A tragic figure to him now, he wasn’t particularly happy to see him. The Emperor had had to force him to resign as one of his wine reviewers. Pay for Play was strictly forbidden in the world of fine wine reviewing. HA! The Emperor was forced to laugh at his own joke. Strictly forbidden. Yeah, right. Good one.

“Jay, what are you doing here? I didn’t even know you were in town. Did you come by helicopter?”

It seemed as if it had been a different lifetime when Dr. Jay had been his disciple. He’d mourned the passing of Miller from his publication. And, now, at the sight of him, frumpy and disheveled, the troubled wine drifter he always was, a guy you’d expect to see at a freeway on-ramp holding a crappy sign Sharpied onto a piece of an old wine box reading, “Former Wine Writer — Please Help,” he felt once again the weariness of his profession. The wine world had long ago forgotten about Dr. Jay. He’d been a powerful figure in Spanish wine, Generalissimo Francisco Francophobe, but now he was a specter, a nobody. He’d had it all, power, money, wine, an infinite number of 95+ scores, but now he was just a schnook.

The Emperor felt empathy for Dr. Jay. What are we when we no longer have power or money or vigor? Aren’t all wine critics decaying into a state of Jayness, on a fast track to nobodyville. It’s why we hang on to our jobs far beyond the time that we should, reluctant to admit to the decline in our senses, assigning scores from memory and experience, old men trying to remember how it was when all the parts worked while pretending they still did. Being Somebody — the little blue pill of the wine business. If your Being Somebody erection lasts for more than four hours, congratulations, you have a column in “Wine Spectator.”

There was a luminous emptiness to a lifetime of being the Emperor of Wine. Being added to the list of people who will never be forgotten, whom no one now remembers, feels, well, like relief. The grief that his protégé brought to his life now seems freeing. Before him stood the phantom of a man he had tried to help, he had made famous and powerful. Now he was just an empty cheap suit. And in the end, as well as the middle and the beginning, isn’t that the wine critic’s job description?

Man, that Rayas was getting to him. Hadn’t he given it 100 points? He couldn’t remember. What, really, when you think about it, is emptier than points. Maybe stars. Shit. Seeing Miller has made him think about Michelin now owning a big part of his famous publication. Miller and Michelin — his whole life about spare tires. Fucking irony. Even more useless than points.

The Emperor was lost. Questioning points was questioning his very existence. So many people had criticized the 100 Point Scale as worthless and intellectually dishonest. And yet it had won acceptance, and was now rigorously defended by nearly all the people who had previously railed against it. It was going to be his only legacy, the Emperor realized. But maybe they were right in the first place, the Emperor thought. Maybe it is worthless.

Drinking his Rayas with his greasy orange hands, it no longer mattered that he’d given it 100 points. It hadn’t mattered since three days after he published the score. Scores were just more cheap empty suits, taken from the dusty closet of his mind and placed on wines to give them appearance of being more valuable, more important. Scores were about money, not wine. Scores sell wine. He’d known that from the start. Selling simpleminded concepts to simpleminded people was the way to power and money. He thought he saw the empty orange-headed vessel in his hand that was the President nod its head in agreement. Assigning scores wielded great power. Great power was an addictive drug, one that helps mask life’s great pain. But the one thing about great power, it always goes away.

Now there was another person in his room! But in an expensive suit. Still empty, but expensive. Antonio. Christ. Another protégé that broke his heart. He’d given him everything, groomed him to be the next Emperor, given him his most precious gift — Napa Valley. His favorite thing that he owned! And he’d thrown it away in a childish temper tantrum. Antonio had wanted it all. The whole magazine. Everything. Felt he deserved it. The petulant son expecting to get everything in the will. And you’re not even dead yet. The son symbolically trying to kill his father. And for what? To award scores for his meaningless website. Why did everyone think they could duplicate his success? Antonio, then Jeb. It was just sad. The legacy of so many businesses — idiot sons. He thought he saw the President in his hand nodding agreement again. No, that was the President’s father.

The room in the Bardo was getting crowded. Dr. Jay, Antonio, Jeb, Squires, Lisa PB, Neal, Luis…the Seven Wine Biz Dwarves to his Snow White. And all of it, all of the hard tasting work, all of the numbers, all of the misused adjectives and overinflated language that had worn thin like an overinflated Michelin, all of it amounting to nothing. Was this what it all came to after a life in wine? Being and nothingness.