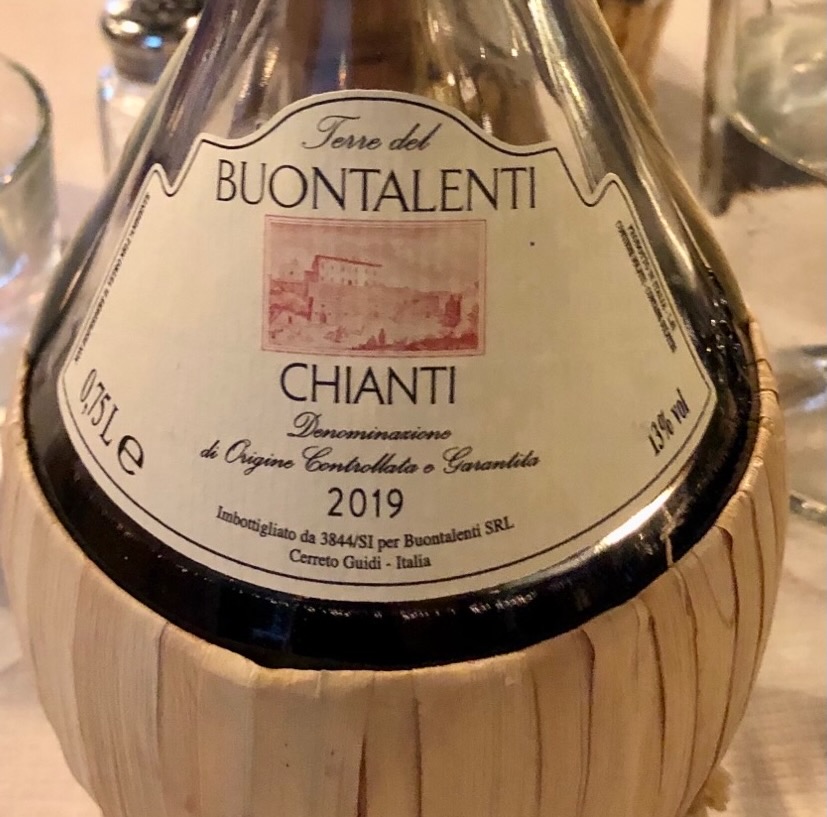 I should have expected it in a temple of Tuscan kitsch: Chianti in fiasco, the bulbous bottles wrapped in straw that were a symbol of Italian eateries in 1970s Britain. Russell Norman’s brilliant new London restaurant, Brutto, is a homage to the traditional Tuscan trattoria – and as at his Venetian chain, Polpo, his attention to detail shines through in every chequered tablecloth and faux-humble typewritten menu item (“tagliatelle with meat sauce”). So as I gleefully sat down to lunch (reservations are a brag-worthy coup) I decided to order the old-fashioned Chianti.

Except there was nothing remotely old-fashioned about it. For a start, Norman told me that the producer, Alberto Antonini’s Poggiotondo estate, had to source the bottles especially for him: no serious producer has dreamt of using fiaschi in years. And despite being a straight Chianti – Poggiotondo is based well to the north of the Classico zone – this was a well-made, bright, balanced, thoroughly modern wine. In fact, the best straight Chianti I can remember drinking in years.

Nothing like the vast majority of Chianti from the fiaschi years, in other words. With local producers’ postwar pursuit of quantity over quality codified when Chianti Classico got DOC status in 1967 – still allowing the addition of white grapes to red – Chianti became a byword for astringent plonk. A few pioneers at that time started planting French grapes instead of sangiovese to make the first supertuscan reds. But for most, the 1970s were a period of decline, with farmers leaving the land and Chianti’s reputation seemingly unrescuable.

So which is the more authentic Chianti? Antonini’s new wine in old bottles, served up in Norman’s delightful 2022 Tuscan pastiche? Or the rubbish bulked out with workhorse trebbiano grapes from half a century ago, created without artifice but without much care either?

The question is not facetious. The wine classification and quality-control systems of most European countries are based on principles of terroir and tradition. As the Institut National de l’Origine et de la Qualité (as France’s INAO agency is now known) explains on its website: “Terroir is a delimited space in which a human community, over its history, builds collective production know-how, based on a system of interactions between a physical and biological environment and a set of human factors. It is here that the originality and typicity of the product lie.”

In other words, a wine’s authenticity is place plus tradition. And the strong implication is that this conjunction is immutable: a Margaux will never be a St Emilion, and will always be typically Margaux, unmistakeable as anything else and vice versa.

Except that any place’s wines do change over time, whether at the exalted level of fine Bordeaux or that of a humble Tuscan country wine. And that can be a good thing – even when tradition fades.

Centuries of know-how in Chianti weren’t delivering much decent wine in the 1960s. And while French wine-making communities had similarly amassed hundreds of years of winemaking tradition before the industrial revolution, I don’t think I’d want to drink those wines, fascinating though such time travel would be. Not many critics alive today have tasted nineteenth-century unfortified wines – but I’d guess they’d agree that most places’ wines have got better since then.

Yet today we face a more powerful and rapid driver of change than even the revolution in winemaking since the 1970s: the climate emergency. Climate change will radically alter not just the conditions for grape cultivation but as a result, what we understand as authentic and typical of any given place. Earlier this month Bernard Magrez’s Château La Tour Carnet announced that it is experimenting using aeronautical technology to mimic projected 2050 temperatures, to see the effect both on Bordeaux varieties as well as range of other grapes including Touriga Nacional and Tempranillo.

And – the prospect of a fine Médoc Tempranillo 2050 aside – there will be vinous winners as well as losers from climate change. Oz Clarke has said he loves English sparkling wines in part because their steel and precision remind him of how Champagnes from 50 years ago used to taste – and how most do not today. A fascinating seminar last month on Cabernet Franc in New York State suggested a similar widening of possibilities there.

I don’t expect the INAO to start moving its goalposts any time soon, however elastic its idea of typicity may have to become. Such classification systems and laws have always been driven in large part by the desire to protect markets. They first emerged at a particular moment in history: as the affluent, late-nineteenth-century bourgeoisie created by French industrial capitalism got thirstier. That process started in 1855 in Bordeaux but the more important moment was France’s 1905 wine law, brought in to stamp out rampant wine fraud – and protect the legitimate wine industry nationwide. France’s modern wine legislation has followed a similar approach with the same end in mind.

But imagining authenticity in this sense is itself a historical phenomenon: the idea of pursuing the authentic is not timeless. Put another way, typicity unavoidably involves what the great historian Eric Hobsbawm famously called “the invention of tradition”. We might need to re-examine it as climate change re-writes the map of European winemaking. And while climate change itself may well prove disastrous, new wine in old bottles need not be.