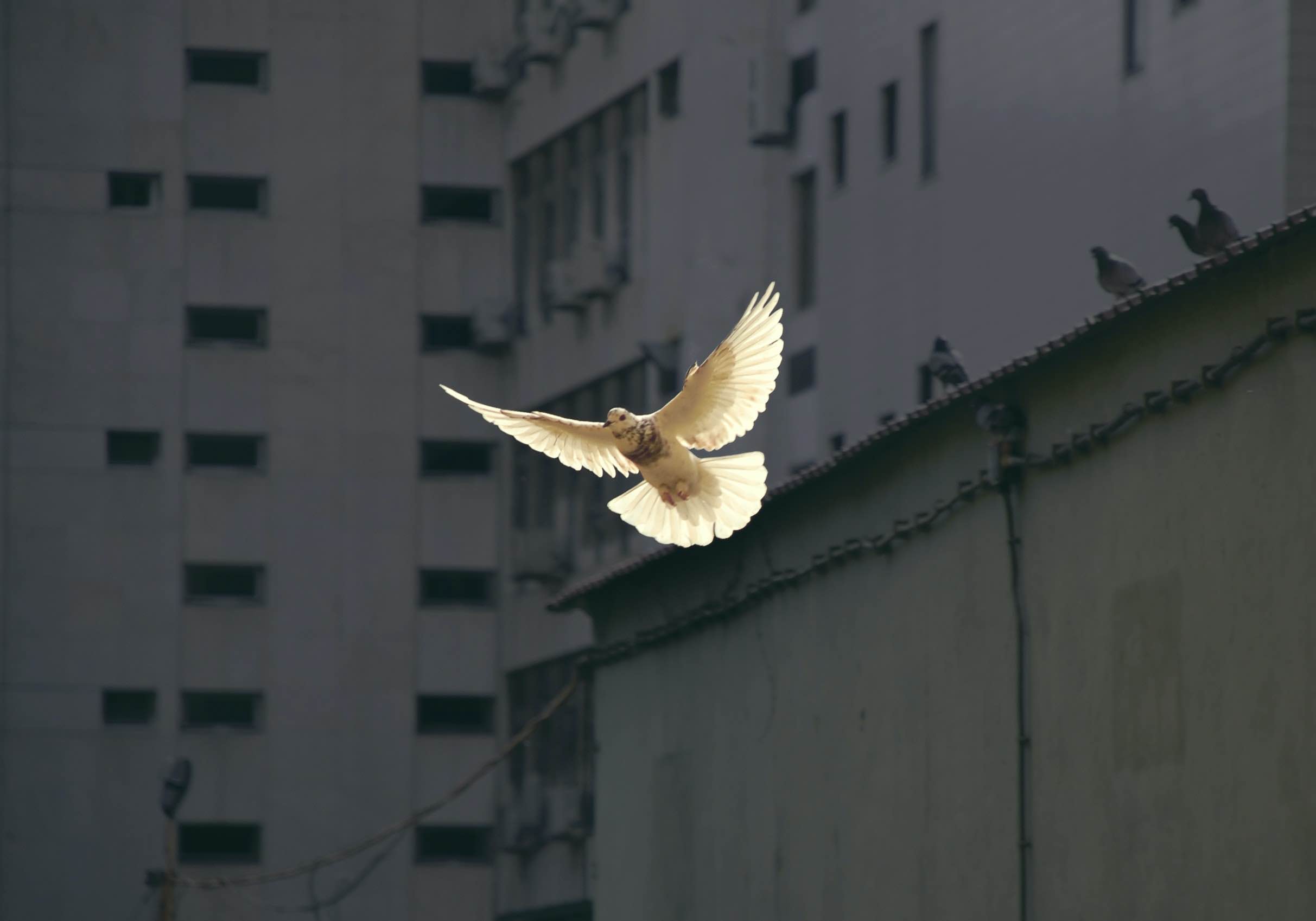 As I write we’re experiencing again what the Belfast-born poet Louis MacNeice recorded in Autumn Journal, composed in 1938: “the heavy panic that cramps the lungs and presses/ The collar down the spine.” In words that resonate uncomfortably today he writes “we cannot take it in and we go to our daily/ Jobs to the dull refrain of the caption ‘War’…And we think, ‘This must be wrong, this has happened before’”. A year earlier, in June Thunder, MacNeice had spoken prophetically of a “cleansing downpour/ Breaking the blossoms of our overdated fancies/ Our old sentimentality and whimsicality.”

As Mark Twain said, history doesn’t repeat itself but it often rhymes. In the most ominous time in Europe since the Second World War I’m feeling as he did that everything suddenly stands in a stark new light. Shallow emotions and thoughtless hedonism, sentimentality and whimsicality, are not enough (if they ever were), faced with the brutal invasion of a peaceful country and its people’s heroic resistance.

Now you might think this puts wine in an awkward spot. If wine is merely an aid to oblivion, or a luxury good conferring status, or just something that pleases the senses without reaching any deeper, it does not pass the MacNeice test.

But I believe wine can rise to the challenge; I want to argue that it can be a “good thing” not just in a superficial sense but in a more profound one – that wines, odd as it might sound, can teach us ethics.

I’m swimming against the tide in a rather obvious sense here. Throughout its long history wine has tended to attract moral censure rather than praise. Going back to the Book of Genesis, wine enables what transpires between Lot and his daughters. The Bacchants or followers of the wine-god Dionysus (Bacchus), in Euripides’ tragedy the Bacchae, are a terrifying and bloodthirsty bunch. Much later there arose the temperance movement, partly in response to the horrors of “gin lane”, savagely portrayed by Hogarth among others. John Wesley, the founder of the Methodist Churches, proclaimed in 1743 that buying, selling, and drinking of liquor, unless absolutely necessary, were evils to be avoided. All this led eventually to national Prohibitions in Canada, Norway and the USA.

Wine and other alcoholic drinks when consumed in large quantities encourage the breaking of inhibitions and taboos, especially sexual ones. Excess consumption also damages the health. I happen to think taboo-breaking can be ethically positive, but I won’t pursue that line here. I’m simply going to bracket those aspects of wine which have got “moralists” in a lather.

Wines can teach ethics by being exemplary in the manner of their growing and making, or to put it another way in demonstrating the exemplary character of their growers and makers. I am struck by how many truly good winegrowers there are in the world these days. By that I mean not just producers of excellent wines but individuals whose profound thoughtfulness and care, for their land, for the vines, for the wider environment, for the people they work alongside, inspire unstinting admiration.

When I think of some of the winegrowers, chefs de cave, technical and estate directors I most admire and have admired over the years (Olivier Humbrecht in Alsace, Carl von Schubert and Manfred Prüm on the Mosel, Anthony Barton and Véronique Sanders in Bordeaux, Dirk Niepoort and David Guimaraens in the Douro, Paolo de Marchi in Chianti, Prue and Stephen Henschke in South Australia come to mind), I am struck by their essential lack of egotism. The work of these exemplary vintners is characterised by selflessness rather than vainglory. They are devoted to something beyond themselves, something they believe in strongly without blinding zeal, something which also has the power to draw in other gifted and committed individuals to give of their best. Wine teaches the transcending of the ego.

Any ethics worthy of the name at this time in history needs to be an environmental ethics – an ethics which shows forth a profound care not just for fellow human beings but also for nature. Wine, as I’ve written here before, is on the front line of climate change – not surprisingly as we value vines and their fruit for their acute sensitivity in reflecting subtle distinctions of climate and terroir. Winegrowing is also by nature an activity which must think in long horizons of time.

The truly, deeply good winegrowers I am celebrating are not just concerned with reducing chemical treatments and the carbon impact of production (down with those arm-buckling heavy bottles!), but with the long-term sustaining and nurturing of the land. That includes soil, horribly abused over decades, but also, say, the forests which may abut the vineyards, all the organisms and animals which collaborate in a healthy ecosystem. Wine teaches ecological ethics.

Wine is an extraordinary cultural artefact in the way it straddles and connects the human and natural worlds (well, perhaps there is only one world). Connection is what it does best. Returning to the purely human dimension, wine has a great gift of connecting humans in a friendly, fraternal manner. The Germans even have a word, Weinfreund, to describe this connection.

The word fraternity, or fraternité (it sounds best in French), comes at a key point in Baudelaire’s great poem L’Âme du Vin, in which the soul of wine announces that it will sing “a song full of light and brotherliness [fraternité]”. Daringly, Baudelaire imagines wine as a Christlike saviour of mankind, sacrificing itself for the comfort, delight and inspiration of the toil-worn drinker. Wine teaches generosity.

The terrible images and heartbreaking stories which daily and nightly call out for our attention show the utter destructive insanity of war. Wine cannot stop war but wine is an emblem of peace. Winegrowing both embodies and contributes to peace, by virtue of its deep commitment to rootedness, continuity and community – not just the particular winegrowing community but a wider, international winefriendship. I think of the final scene of Akira Kurosawa’s epic film of war and peace, Seven Samurai, in which the three survivors of the samurai band which has protected the village from repeated attack by murderous bandits sit by the tombs of their fallen comrades. They watch and listen while the villagers, finally free of the threat of violence, sing as they plant new crops.

Photo by Sunguk Kim and Unsplash