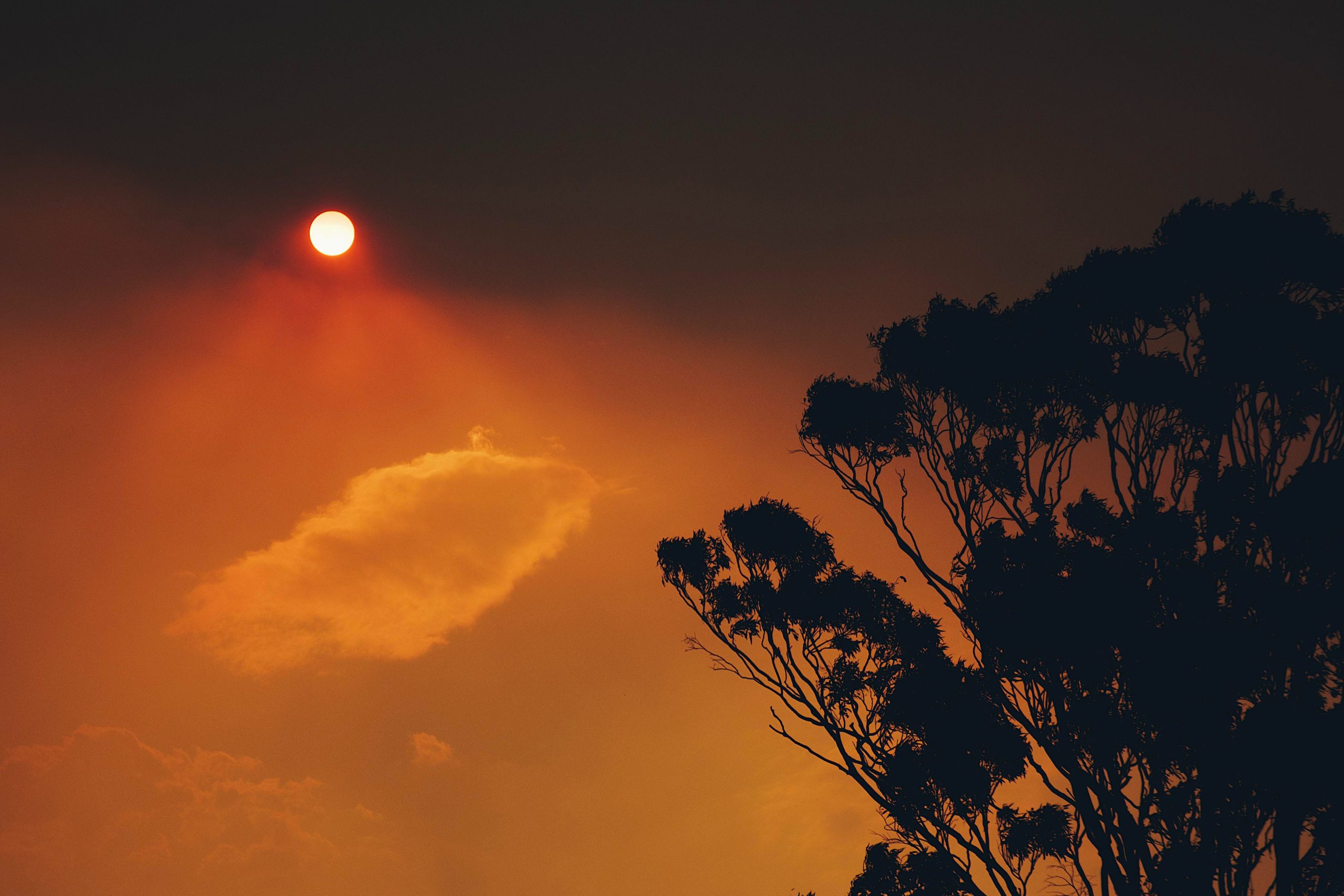 Covid-19 may have monopolised the world’s attention since March 2020, but the previous six months in Australia were dominated by the most traumatic bushfire season in memory . The so-called ‘Black Summer’ of 2019-20, which claimed 35+ lives, around 6,000 buildings, 20 million hectares of land and many billions of creatures, had itself come on the back of a decade of debilitating drought.

Australia’s wine sector was inevitably affected by the bushfires, but – when the dust had finally settled – were those impacts widespread and how have things evolved since?

David Bowley’s Vinteloper operation is based in South Australia’s Adelaide Hills. Founded in 2008, Vinteloper has been at the vanguard of the “new” Aussie wine scene, which has its roots in these coolish (by Australian standards) hills, just outside Adelaide. In 2018, David bought a 30-hectare property with 10 hectares under vine in the Cudlee Creek sub-region – a seminal moment for this hitherto grower-dependent producer. Sadly, just 18 months later, David became the poster boy for the destruction wreaked on the Adelaide Hills, as fire swept through the vineyard, burning 90% of his vines to a crisp. His Instagram post on 21 December 2019 summed it up: “The worst day in our history. I am completely broken.”

Speaking in November 2020, he’s more philosophical: “You’ve got to be pragmatic and just get on with it”, he says. He’s cut 24,000 (of 27,000) vines back to 5cm above ground, hopeful that the 20-year old root systems have survived and will now turbo-charge new growth upstairs. So far, about 50% of them have bounced back to life, but he needs 80%. “We just have to give it time”, he continued, crossing his fingers.

For David and his neighbours, it will take several years before those vineyards return to something resembling how they were before the fires. Altogether, the Adelaide Hills lost 1,100 hectares of its vineyard area – around a third of its total. That’s a catastrophic impact on one of Australia’s sexiest wine regions – especially one that wasn’t large to start with.

Happily, almost all of Australia’s other wine regions evaded the flames. But there was another fiend lurking in the wings: smoke. Its impact was felt more widely, affecting a greater number of producers, especially in NSW and northern Victoria. Media coverage from the time showed cities like Sydney and Canberra shrouded in a sepia-coloured blanket of smoke. Australia’s oldest wine region, the Hunter Valley, lies two hours north of Sydney and to the east of the Gospers Mountain mega-blaze that almost encircled Sydney and burnt over 1,000,000 hectares. With prevailing winds coming from the west/south-west, smoke poured into the Hunter and then out across the ocean. Christina Tulloch, CEO of Tulloch Wines and President of the Hunter Valley Wine & Tourism Association, estimates that as much as 80% of the region’s fruit wasn’t vinified in 2020 due to smoke taint. A similar pattern emerged further south in the NSW regions of Tumbarumba, Hilltops and near Canberra. Graeme Shaw of Shaw Wines in Murrumbateman described the taste of smoke-tainted grapes as “like licking an ashtray”.

Crossing the border into Victoria, Tessa Brown of Vignerons Schmölzer & Brown in the state’s north, lost all her Beechworth fruit to smoke taint, but was able to salvage something from the vintage with fruit from her vineyards in King Valley, a little further to the south. She tested samples of her smoke-affected grapes to establish how severe the taint was. The tests measured the quantity of 10-12 different compounds, particularly in the skins. Some of her fruit was “off the scale – with 10 times the levels of syringol [a volatile phenol associated with smoke taint] of my less affected fruit”.

A third, less visible impact of the fires was the drop in wine tourism. If you were in Sydney last Christmas, a trip out to the Hunter was hardly the most compelling proposition (unless you held pyromaniac tendencies). Christina Tulloch estimates a $76m loss to the Hunter Valley visitor economy between November 2019 and March 2020. That includes cellar doors, restaurants and other hospitality venues, as well as local accommodation providers. Similar impacts were felt in other wine regions across the country close to the major cities.

So what have Australia’s producers actually managed to make in 2020? The good news is that the huge majority ultimately saw little or no impact from the fires on production and there are some cracking 2020 wines out there, with more still in cellar. It’s important not to write off the 2020 vintage just because of the fires – far from it.

In the affected areas, most producers have still made wine, using fruit from unaffected vineyards (often bought in) or adopting a rigorous approach to testing and going easy on the skin contact. Mike Bennie, one of Australia’s leading wine writer-presenters, explained: “This vintage needed producers in smoke-affected regions to work very gently with the grapes. It’s a very complex picture and we must treat the wines on a case-by-case basis.” He echoed a common line that white and rosé wines will dominate in those areas, seeing minimal contact with the smoke-tainted skins.

A few bold souls nevertheless persevered and made unashamedly smoke-tainted wines. James Becker of M&J Becker Wines in the Hunter Valley saw it as a chance to see what this sort of wine would taste like. He made 500 litres of an experimental Shiraz that he unambiguously called ‘Burnt’, taking fruit from one of his growers whose test readings were off the chart. He describes the wine as “peaty, appealing to whisky-drinkers, noticeably smoke-affected but with underlying fruit characteristics”. He certainly doesn’t see it as a core style for his business, but it’s a true reflection of the conditions of the vintage, so hats off to James for making it and putting it out there. “It’s sold well and I actually wish I’d made a bit more of it”, he said.

Another experimental product of the vintage is taking shape in Murrumbateman, near Canberra. Bryan Martin, for a long time head winemaker at Clonakilla, is collaborating with Topher Boehm of Sydney brewery, Wildflower, to produce a smoke-tainted fruit, barrel-aged wild ale at his own property, Ravensworth. Bryan dumped the rest of his 2020 fruit, but is super curious to see the end results of this fascinating crossover between the worlds of grape, grain and fire. So are we.

To conclude, if there’s one thing that runs through everything I’ve heard from affected parties, it’s a refusal to indulge in self-pity. No-one is calling for the violins to play. Aussies are a resilient lot and they band together. There’s a sense that this was another challenge dealt by Mother Nature and – just like hail, frost, disease or any other threat – you’ve just got to roll up your sleeves and get on with it. Good on them, I say. And let’s get behind them and buy a few 2020 wines. Because worryingly for some parts of Australia, the summer of 2020-21 has begun in similar vein.