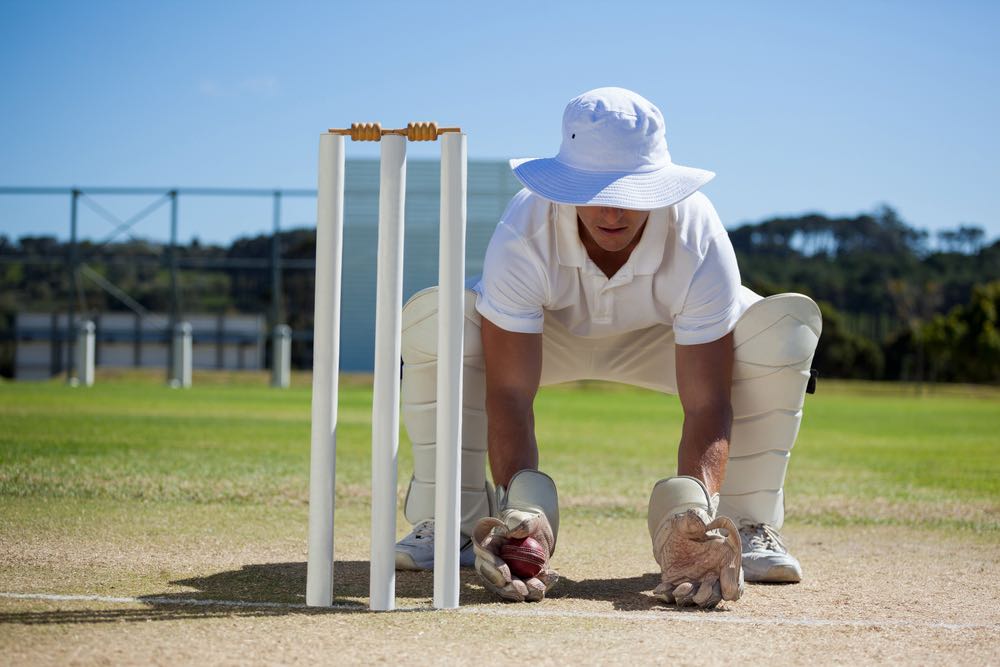 England and Kent wicketkeeper Alan Knott was known for his odd behaviour; he’d warm his hands under the hot water tap before going on the field, always wear a long-sleeved shirt with the collar turned up, and taped his wicket keeping pads to his legs rather than using the buckles.

Compared to fellow England glovesman Jack Russell, however, Knott’s idiosyncrasies seem rather pedestrian. The Gloucestershire keeper ate the same lunch every match day (two Weetabix soaked in cold milk for precisely eight minutes), used a single teabag for the duration of a Test match (hanging it up in the dressing room to dry), and once locked himself in his hotel room for two days as punishment for dropping a catch. He was so paranoid about people knowing where he lived that when he had building work carried out at home he’d blindfold the builders before they arrived.

What has this got to do with wine? Well there’s a school of thought among cricketers that you have to be slightly nuts to keep wicket (the same goes for goalkeepers in football, just look at Liverpool FC’s Bruce Grobbelaar), and perhaps you need to be slightly unhinged – a little eccentric maybe – to be a world class winemaker too.

Given some of the stories told my members of the trade, unearthed late at night on press trips, or discovered first hand, there appears to be some sort of – wholly unscientific – correlation. Let’s investigate.

Jestin has countless foibles, many of them a direct result of his obsession with bioenergetics, which is the study of how energy flows and vibrates through all living things, wine included. His tanks are each ‘earthed’ with a metal cable which runs deep into the ground to allow the wine to ‘talk’ with the soil and transfer energy, he’s known for exposing stones and pebbles to equinox moonlight to absorb lunar energy before placing them in his wine tanks. No moon howling has been reported.

Staying in France and going back a few decades to the 1980s, the winemaker Jacques Reynaud at famous Châteauneuf-du-Pape property Château Rayas was known to be quite aloof and hated visitors to the winery – even his own importers – and would often play an elaborate game of hide-and-seek to avoid any human interaction, hiding in the winery, behind pine trees, even in roadside ditches.

The current incumbent Emmanuel Reynaud is just as reclusive, his answer machine message simply states: “Don’t bother to leave a message; I won’t bother to listen to it.”

As well as anecdotal evidence of eccentricity in the winery, I have first-hand experience of such antics; in fact all the wineries I’ve worked in (including Plumpton College) have had at least one maverick winemaker. Working one autumn in a winery in Germany’s Mosel region I once walked into the tiny cellar to discover the winemaker (who was French, not that this excuses his behaviour) bare naked among the barrels and vats having a saucy Skype tête-à-tête with his English girlfriend. The Riesling never tasted quite as good after witnessing that.

Music and wine have been long-time bed fellows so it’s no surprise that the two have been channelled by out-there winemakers in an attempt to improve, sooth or energise their wine. “I sing the French national anthem as I hydrate the yeast for fermentation,” says French winemaker Arnaud Debons from the San Antonio Winery in LA.

The late Herbert Tiefenbrunner from Tiefenbrunner Castel Turmhof Wine Estate is Südtirol, meanwhile, used to yodel to his wines (often while sporting lederhosen), and there’s a monastic chanting culture at Chile’s Montes Wines where since 2004 the barrel room has been soothed by Gregorian chants to help with aging. Staying in Chile, winemaker Juan Ledesma of Terroir Sonoro goes one step further and inserts speakers playing jazz music into maturing barrels of wine. Clearly the work of someone with a few screws loose, but then he is into jazz so it kind of goes with the territory.

Interviewing Chester Osborn from Australia’s d’Arenberg Winery last year – unofficially McClaren Vale’s most colourful winemaker (think a less conservative Laurence Llewelyn-Bowen) – he told me that he plays dance music to his vines to help improve fruit quality. This isn’t any old four-to-the-floor either; he commissioned DJ Trip to compose a piece inspired by the ‘eight parameters of weather’ which encompasses all manner of meteorological elements including rain, sunshine, wind and visibility. The jury’s still out.

To finish, a story about a winemaker as flamboyant and full-of-life as they come. Anyone who’s visited Domaines Paul Mas in the South of France and been treated to a bare-knuckle 4×4 vineyard tour from winemaker Jean-Claude Mas will know how passionate Jean-Claude is about his vineyards, his wines and his ability to scare the bejesus out of journalists. He definitely resides in the slightly unhinged camp – and all the better for it.

During dinner one night at his estate he enquired whether we’d like a meat course. When the answer came back in the affirmative he dashed off to the kitchen, donned some chef’s whites and cooked the steaks himself (rare, naturally), grinning as he placed them down before us. Truly eccentric behaviour, but utterly endearing and it made the wines he served with the beef taste even more special.

Long may this sort of behaviour continue and be celebrated. Winemaking is a dangerous game, after all, where nature is the fickle mistress and customers and critics come and go. It’s enough to make even the sanest person a little avant-garde.