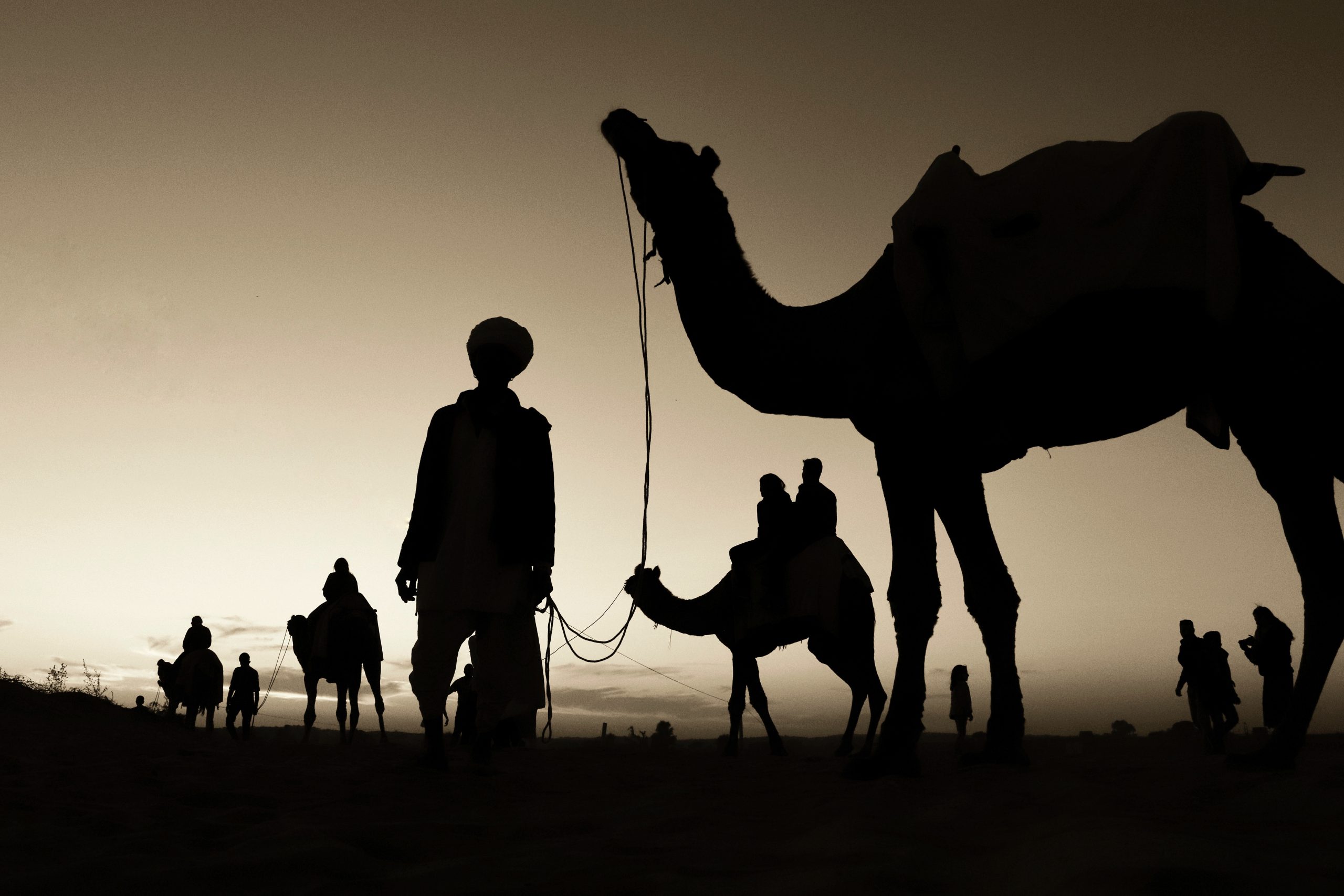 Most of the time, for most of history, people have wanted wine to taste other than how it does. That’s normal: raw beef straight off the bullock is a lot less nice than raw beef hung, minced, seasoned and with a raw egg yolk and a bottle of Tabasco to hand. We are great improvers.

I don’t know what the wine of millennia ago tasted like, but it’s clear that its makers thought it could be improved – or that its keeping abilities could be improved, or its decline disguised. Hence the addition of everything from pine resin to marble dust to saffron, often via the medium of defrutum, or boiled and concentrated grape must, used as a sweetener and preservative. The lower classes drank posca, a mix of sour wine and water flavoured with herbs, perhaps myrhh; it might have tasted quite refreshing.

But it’s hard to imagine that it tasted of fruit. We think that wine should be basically fruity, but why? Some of the most enduring wine styles – Fino, Oloroso, Retsina, even Champagne – don’t taste primarily of fruit. They’re aged in ways that preserve them, but do not favour clear fruit flavours. Long oxidised Oloroso might have notes of dried figs and prunes, lees-aged Champagne might have flavours of orange peel or raspberries, but fruit is not really what they are about.  Great Oloroso is more reminiscent of burnt toast and coffee than fruit; Champagne at its best is savoury and salty. The idea that table wine should be bursting with flavours of peach or whatever is relatively new: only in the last 40 years or so has it become possible for anything other than the very youngest wine. I remember when the white wines of the south of France were described (though not by those trying to sell them) as tasting of tarpaulin. They were sometimes nicer than that sounds, but until something else was possible, they were accepted as the product of that terroir.

When you come across tasting notes older than that (I have a book from 1876 called The Book of Menus), the quality most admired seems to have been purity, probably for a good reason. (As an aside, it goes on: “Within the last 20 years, the advance has continued; and now light and delicate wines, as distinguished from heavy and full-flavoured vintages, are preferred everywhere – save, perhaps, among old-fashioned, iron-built squires.” Sounds familiar?) In this book’s 11 pages on wine, the word “fruit”, in the sense of flavour, or any comparison to any particular fruit flavour, does not appear even once. Mellowness, yes; body, yes; fruit flavour, no. From which you might infer either that it was taken for granted (rather in the way that Jorge Luis Borges said that if anyone doubted the authenticity of the Koran, then the absence of camels in it would prove it was Arab), or, more likely, that fruit flavour was not a focus.

In a 1928 publication, A Book of French Wines by P Morton Shand, same thing. Fruit flavours do not feature. Château Margaux is praised for its “entrancing cowslip bouquet”.  Ducru-Beaucaillou is “famous for the clean pebbly flavour echoed in its name”. Only Cos d’Estournel is “fruity, rich and velvety. Apt to grow astringent with age”. Yes, I know the feeling.

I am not saying that wine didn’t taste fruity in the past; only that fruit flavours must have been rarer, less pronounced, more fugitive and less expected. And that in moving to fruit as the sine qua non we might have lost something else (including a bucketful of faults – I know).

Fruit flavours are of course nicer than tarpaulin. But the point of wine is that it doesn’t taste only of fruit. We have fruit juice for that, and few of us would choose to drink it with food. Usually it’s the non-fruit attributes of wine that make it go with food.

The greengrocer flavours we expect now seldom come directly from the grape. Muscat tastes of grapes, certainly, and that is a style that has endured. If Muscat is as old a variety as we think it is, then people have loved that flavour and continued to seek it for well over 1,000 years. But most wine, left to itself, doesn’t taste particularly of fruit. Look at wines made with indigenous yeasts: less fruit-forward than those made with laboratory yeasts. Look at orange wines made with their skins in amphorae: less fruit-forward than white grapes pressed and fermented in steel, or even oak.

Clear, striking fruit flavours usually come from yeasts which either work with flavour precursors in the grape, or work on their own, to tilt the final wine in one direction or another. You want more cherry notes in your Pinot Noir? There’s a yeast for that. More floral terpenes in your Gewürztraminer? No problem. More passion fruit in your Sauvignon Blanc? More apricot in your Viognier? Less green peppers in your Cabernet? More brioche flavours in your lees-aged Chardonnay? More of everything, come to that, in your Chardonnay? All of this can be done by your choice of yeast. But only became possible relatively recently.

Cold fermentation plays a part, too. Different fermentation temperatures emphasise different flavours, and in the past, if the temperature went sky high then those flavours were lost and the wine tasted baked and fruitless. The fruitiest wines came from places with cool autumns; cellars were underground where the water table permitted because that was cooler. When temperature-controlled steel tanks found their way into warm-climate wineries, so wine styles changed. Suddenly tarpaulin was out, and peaches and lemons were in. It was nice.

But also curiously unsatisfying in the long run. Otherwise why would we be gently edging away from fruit flavours again? Not entirely; perhaps not even mostly. But natural yeasts and orange wines are becoming mainstream. Those more subtle flavours have something that yeast-enhanced peaches do not.

And what about smoke taint? There’s a lot of it about at the moment. Conventionally, it’s thought of as disgusting: the ruin of red wine, and not too good for white, either. But we seek out smoky flavours in whisky and in food. Why not in wine? Louisa Rose, chief winemaker at Yalumba, compares the flavour of smoke taint to smoked German-style sausage. One or two winemakers in the US are experimenting with ways of using smoke-tainted wine. Might this be another direction for non-fruit-forward wine in the future?

The problem is, says Louisa, that you can’t predict how it will age. In young wine smoke is bound to precursors, but as those precursors break down the smoke flavour gets stronger and stronger, and what started as an whiff ends up as a bonfire.

The desire to keep wine stable was presumably one reason for adding defrutum. Since sweet wine tastes fruitier than dry wine – even sugar in the sugar bowl tastes fruity – that wine of the ancient world, sweetened with defrutum, probably tasted fairly fruity (as well as of every herb and spice also added), even if it did have to be diluted with water.

The snag was that for the best flavour the grape must had to be boiled in lead vessels. You see the problem. The Romans knew the symptoms of lead poisoning, but since they used lead for water pipes as well one might infer they didn’t quite connect the symptoms with lead, although they had their suspicions. The compound formed is lead acetate, known as lead sugar. Pliny adds that grape must should be boiled when there is no moon; the biodynamic slant this added probably did not compensate.

Lead continued to be used to sweeten wine and make it taste fruitier: when an early 17th century French physician described the symptoms of lead poisoning, he named it Colica Pictonum, after the region of Poitou, where anyone who drank the local wine suffered the symptoms. Litharge, or lead oxide, was routinely added to what would otherwise have been unappealingly acidic and thin wine. It was worst after cold vintages. They did it in parts of Germany, too; it wasn’t actually banned until the mid-18thcentury. It was the opposite of the vintage coconut wine in Noel Coward’s song Uncle Harry: “the taste of which was filthy, but the after-effects divine”.

When fruit flavours in wine were hard to come by, we sought them out. Now they’re everywhere for the taking we want something else. It’s a recognition of sorts that wine is a grown-up drink that doesn’t need to taste of fruit, or not that much. But we still have to say it does: one sommelier of my acquaintance, faced with worried diners, invariably described any faintly challenging wine as “fruity”. It’s reassuring, unthreatening. Given what we know, perhaps we should wonder why.

Photo by Shivam Garg and Unsplash