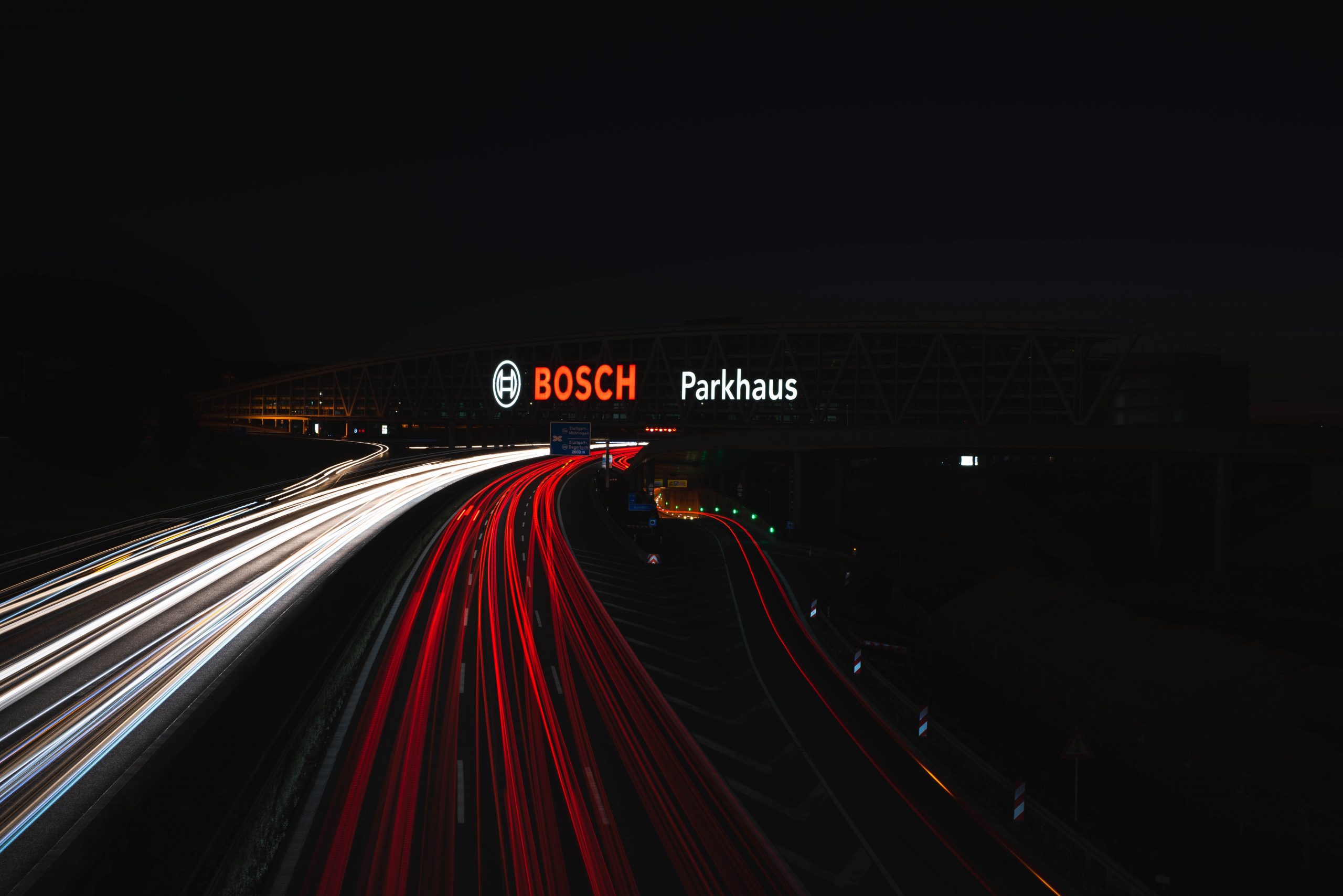 Many qualifications have rocks and reefs rousing calm surfaces. Learner drivers are undone by parallel parking. Philosophy undergraduates discover The Spice-Box of Life isn’t a primer for formal logic. The sensibilities that steer life down a particular path may also threaten its undoing.

Walking into the Master of Wine “marketing” exam two decades ago, I took the decision to dump all the ideas that had drawn me to this precipice. The result was everything. For exactly two hours and thirty minutes, bottled wine was branded. In its totality.

According to some wine marketers, it has always been thus. Our trade is in denial about the decades of humiliation doled out by spirits and beer brand managers, who better accommodate the wants of existing and potential consumers. If these marketers sometimes come across as stressy, it’s probably because their colleagues in apples and cold cuts outwardly take the piss but inwardly need wine to come on board to complete the FMCG set.

One way of thinking about brands is as destinations located at the consumer-facing, fun end of capitalism. The remit of marketers’ is to make access to marques like Audi, Nike, and Apple as free-wheeling and direct as possible. So they task themselves with straightening out the bends in the roads, and widening all the carriageways.

Successful brands turn individualism qua consumer choice into group activities: self-discovery, but with the benefit of economies of scale. Robert Parker’s reputation is built upon his personal opinions becoming the hand-me-down reality of his subscribers. Chasing 95+ scores is just another version of Apple’s collective dictum, think different; or Brian of Nazareth’s, “You’re all individuals!”  The singular entity is the brand.

Rather than taking signage out, most wine writers are intent on retro-fitting old and new trails with the equivalent of lay-bys and scenic viewpoints. Even the branded fiefdom of Champagne is being re-surveyed for terroir’s vital signs. From the perspective of these journalists, journeys are as important as destinations. For the Route des Grands Crus to become the road to Xanadu,  customers need to navigate every pothole, and pause at every vista. They believe high culture is worth expanding, but its appreciation depends upon personal sacrifice and devotion.

This message hasn’t carried to mega-yacht owners overwintering in the Caribbean, where they drink Le Pin chilled as a pre-dinner sundowner. The only thing you need to breach wine’s cultural defences is a corkscrew. It isn’t like piano playing. You don’t have to forego big chunks of your social-life to make headway. Quite the opposite, in fact

When you look at who is consuming the top growths it’s hard to resist the conclusion that luxury has won out over education. Marketers have every right to stare us down and point out that Pomerol is now a signifier of wealth. Fine wine has never been so simple. We may be able to pronounce Musigny without stumbling, but when did any of us last get to drink magnums of de Vogüé? We are like the caddies who never swing a club, and the gillies who seldom cast a fly. Our monasticism has morphed into Liv-ex imposed abstinence.

Marketing is prescriptive and coercive. It earns its keep through demand creation, rejuvenating familiar brands and releasing products that develop and satisfy new wants. It follows that the concept of “luxury” must show itself capable of doing real work, being properly generative and pre-emptive of choice, in order to be credible. Reporting episodes of potlatch in the Caribbean won’t cut it.

The beryl waters become murky when we ask marketeers for their examples of luxury brand creation.  It is not enough tell tales on old men with mega-yachts and magnums of La Tâche. Burgundy’s K2 was in development 170 million years before Bernard Arnault commissioned  Symphony. Show us the mountain ranges you’ve created, we say. Don’t just plant your flags on our peaks.

At this point a few names are tossed overboard: Screaming Eagle, Miraval, Seña, Sassicaia. A good solicitor will tell you that changing statutes to accommodate exceptions makes for bad law, but in marketing this maxim is often reversed, with the anomaly becoming the model.  The problem isn’t that Miraval is bogus, it’s just that trick has now been done. Strong brands have a knack of pulling up the drawbridge behind them. Innovation gets used up like matches. The message coming out from yellow tail is that competing will cost you billions and even then you’ll need to come up with a better strategy. As John Hegarty puts it, “When the world zigs, zag.”

Reviving some long-in-the-tooth economic jargon, La Tâche (rank), yellow tail (scale) and Miraval (celebrity) develop conditions of imperfect competition. They effectively become their own markets. Mid-size Australian grape growers will be only too aware of the financial barrier that prevents them from competing with their largest customer, yet marketers throw round tales of brand power like Monopoly money. Examples of  (imperfect) market distortions are pitched to clients on the muddle-headed assumption that their businesses still operate under the quaint axioms of perfect competition.

As for Seña and Sassicaia? Arguably they’re representative of traditional wine values: new edifices built on trusted foundations. The same is true of Screaming Eagle, whose website rations online voyeurs to a brief assertion of its geological credentials. Terroir is either everywhere and unequal, or it is a rare and exclusive property that’s applicable to a tiny minority of vineyards. Whichever side you fall, it is the concept supplying most of the grunt above. Referencing luxury is just a lazy form of rhetorical capture if it only relies upon the evidence of a few price points for legitimacy.

Marketers want us to think of them as being synonymous with value creation, hence their insistence on the hegemony of the consumer over aesthetic classification. For those struggling to sell their production the message is clear: there is no such thing as a surplus, only bad marketing. The problem is that the luxury brands they rely on to make their case aren’t causally tied to their activities. Arguably, terroir draws its force from perceived diseconomies of scale. The status of La Tâche is premised upon a system of minute and densely networked differences. Telling us that every brand has a head and a heart, and that terroir is a source of arbitrary rational associations, won’t wash.

Like many terms that try to be inclusive and absolute, the scope of “brand” gets stretched to the point of meaninglessness. Even if we play along with marketers’ luxury ethos, it is hard to see what actually changes as a result. The concept will carry on being subordinate to place. If I’m unwilling to make this concession it’s because, as a gesture, it minimizes our sacrifice and devotion merely for the benefit of their CVs. To steal a line from Bertrand Russell, marketers purloin the honest toil of others through theft.

By contrast, I’m happy to concede them Yellowtail and Barefoot. I’m also willing to acknowledge that Hyde de Villaine and Tablas Creek are blatant brand extensions by the very people we charge with keeping us honest. These ventures just remind us that lifelong exposure to marketing means its tropes come easily to us. If wine reflects its environment, then why not us?  We can recognise the usefulness of brand management as clearly as we can appreciate the benefits of mechanisation in the vineyard. Some of best critics of marketing are also its finest practitioners, albeit discreetly.

Most of us in the wine business can draw a line between work and the labour of our enthusiasm. I, for one, don’t see wine as a boundaryless encounter with nature. I’ve learned how to discriminate between wines. Our use of place creates inequalities, but I’m not inclined to bloat terroir in the same way as I’m not persuaded to expand “brand”.  There are no words that can magic away over production.

Liam Steevenson MW tells a lovely story about a buying trip he made to the The King of Beaujolais, Georges Duboeuf. Together they tasted 100+ wines.

The pair completed a deal, agreeing reservations, prices, support, etc. But Georges, recognising that work and pleasure weren’t mixing so well for Liam, asked him straight out, which Beaujolais producer did he like? “Lapierre,” replied Liam.

With that, Georges disappeared down to his cellar, returning with a handful of mature Lapierre bottles. Their drinking then took on a very different meaning and pleasure for them.

If Georges was happy to escape his brand to explore local wine culture more fully, then why not the rest of us?