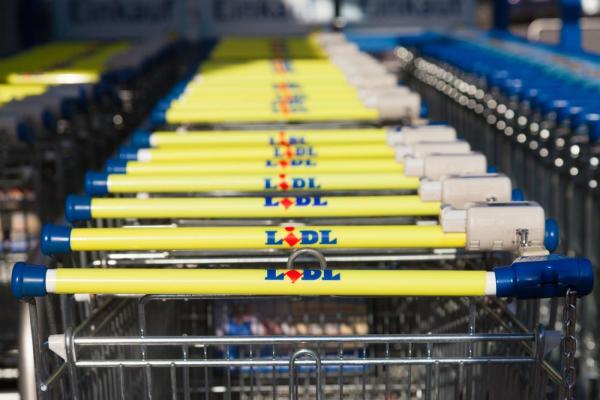 It was a familiar scenario. Offer Brits what seems like a bargain and they’ll form orderly queues at 6.30am on a Bank Holiday Monday. To be fair to those early morning Lidl shoppers, it looked like a spectacular deal: a case of Prosecco for the flute-clinking sum of £20, the equivalent of £3.33 a bottle. When you bear in mind that the duty and VAT amount to £3.2279, it would be legally impossible to offer the wine any cheaper.

Can Lidl’s “Super Weekend” be seen as a success? It depends on who you ask. Most stores only had 20 cases and ran out within minutes, leaving a lot of frustrated customers outside. One Twitter user reported a “near fight” in Huddersfield; others commented on the unseemly dash to get to the front of the queue. “People were going mad,” said a punter in Ludlow. Lidl themselves commented on the “unprecedented demand” and “sincerely apologised to anyone that hasn’t been able to take advantage of the offer”.

Was the surprise at the shortfall credible? Or, to put it another way, had Lidl deliberately set up the deal to drive footfall and generate publicity? It’s worth thinking about the figures involved. If Lidl, rather than the supplier, funded the whole thing, which they told me they did, then it would have cost them around £260,000 to pay for and deliver the wine to their 660 stores. To such a successful business, that’s small change. More importantly, you couldn’t buy much advertising for that. As one ex-supermarket buyer told me: “Only Lidl know the answer to whether the whole thing was worth it.”

There are different views about whether the publicity was good or bad. Clearly, plenty of Lidl customers were unhappy (although we don’t know how many of them are regulars), but the deal got a lot of coverage on social media and in the written press, cementing Lidl’s reputation as a place that sells wine at unfeasibly low prices. Was the Prosecco drinkable? I haven’t tasted it, but my guess is that it was. Just. But what do you expect for £3.33, around £3 less than basic Prosecco (as opposed to cheaper Prosecco Frizzante)?

Lidl wouldn’t share the name of the supplier with me, but did say that it wasn’t a one-off deal with someone desperate to shift stock before the new vintage arrives. (Prosecco is fermented to order and generally sold within the year of production.) Lidl added that the supplier was someone the company worked with across various countries and that the discounter’s “vast buying power is one reason we’re able to pass our savings on to our customers”. Was the supplier told about the discount? Probably not. But this is part of a longer-term relationship.

Lidl has to abide by the Groceries Supply Code of Practice (GSCOP) and is a member of the Business Social Compliance Initiative, so is aware of the rules. Depending on your point of view, what they did with Prosecco over the August Bank Holiday and subsequently with £7.99 Champagne may have been cynical, ill-advised or a stroke of marketing brilliance, but it wasn’t illegal. Interestingly, in Scotland, which has different legislation covering multi-buys and alcohol pricing, the wine was reduced from £5.25 to £3.49 but not offered as a case.

But whether the wine was on offer at £3.49 or £3.33, what message does this send to consumers? Some might argue that the image of basic DOC Prosecco is so poor as to be beyond damage, but I think that’s incorrect. We Brits love drinking the Italian bubbly – sales last year hit 112.7 million bottles – and with good reason. Part of that success stems from the fact that Prosecco doesn’t take itself too seriously. As Luca Giavi, director of the Prosecco Consorzio, said earlier this year: “Consumers want wines that are easy to drink that they don’t have to think about too much.”

And yet I can’t help feeling that these ultra-cheap deals, funded by discounter for its own ends, are not good for Prosecco, the wine industry or, ultimately, for consumers. The rise and rise of the discounters (all too understandable in a country whose economy is struggling) has reduced prices by reducing choice. This, at a time when the high street is less inspiring than at any point in my 32-year wine writing career. Anyone remember Thresher, Victoria Wine, Augustus Barnett, Peter Dominic, Davison’s, Safeway, Somerfield, Wine Rack, Wine Cellar and Bottoms Up, all of which are now mouldering in the dustbin of history?

It’s all very well for Lidl to say that its aim is to “provide our customers with the best quality products at the lowest possible prices”, but it costs money to make good quality wine, even good quality Prosecco. Pretending it doesn’t, even as part of a short-term promotion, encourages punters to believe otherwise. Cheapness and value for money sometimes coincide, but it’s increasingly rare as the pound continues to slide. Teaching consumers the difference between the two – and encouraging them to drink better wine – is part of the job of responsible retailers.