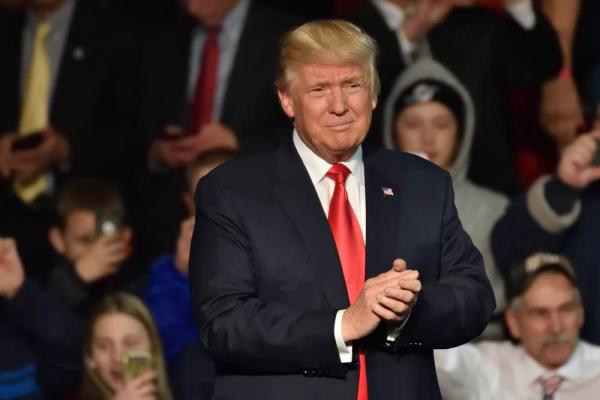 So this is my “Guerrilla Guide to Wine.” It’s for absolute beginners. And it’s the greatest guide ever written about wine. The greatest. My great friend Robert Parker read it, and he told me he learned more about wine from this guide than any other guide he’d ever read, including anything by Jancis Robinson, who, incidentally, broke the coloured barrier in baseball. Robert Parker said that about my guide. It’s the greatest guide to wine ever written. Robert Parker! And he’s the Jerry Lewis of wine, folks. We think he’s just a washed-up old clown, but the French worship him. They gave him their highest honor, a very prestigious honor, he’s one of the few Americans to receive the French Legionnaire’s Disease. Fantastic! He’s fantastic!

I own the biggest winery in the world. I let my son pretend he owns it, like Putin lets me pretend I’m President, but it’s my winery. Wine is made from grapes, it’s made from grapes, and that’s why wine smells like fermented fruit. It’s the same reason beer smells sort of nutty, because it’s made from beer nuts. When grapes are fermented, they can smell like dozens of other fruits. I don’t know how this works, but, believe me, it does. Wine can smell like any fruit, except pumpkins, which is what my hair smells like. Beautiful pumpkins, believe me.

OK, this is easy. Don’t let the lying wine media tell you wine is complicated. Wine is supposed to smell good. It’s not supposed to smell like a horse or a mouse. I don’t care what Eric Asimov of the failing “New York Times” tells you, wine has to smell good, like fruit and flowers and money. Just remember this, folks, wine is like people —i f they don’t smell good, don’t put them in your mouth. Simple. Don’t put them in your mouth.

Red wine is different than white wine. White wine is made from just the juice of the grapes. Grapes, and you probably don’t know this, are like the people that supported me for President — no matter what the color of their skin, they’re supremely white inside. Red wines get all their colour from the skins, but that makes them kind of hard to like because they also get a lot of harshness from the pips. I don’t think it’s a secret that I prefer whites.

Grapes can’t taste like vanilla or toast or coconuts. When you taste that, it’s the oak, folks, it’s the oak. Why do we put wine in barrels? That doesn’t make any sense, I know, but it’s what we do. But what’s crazy is that the fake wine news media tell you that French oak is better than American oak! Can you believe that? That’s not true. American oak is the greatest oak in the world! The greatest oak! I’m going to ask Congress to make it illegal for American wine to go into French oak. I’m going to bring back the coopering jobs to America where they belong! During my administration, nothing from America will slide past French-made bungholes. What are we, Marlon Brando? We don’t tango, folks, we don’t tango.

People don’t make wine. Yeast make wine, yeast. I love yeast. Yeast gets into the grape juice, eats all the sugar and excretes alcohol. If we could teach poor people to do that, we’d solve a lot of the problems of homeless people. I’ve got our top scientists working on the genetics that will enable people to excrete their own alcohol. I’ve got the best people from all the best institutions working on it because I care about all Americans. I have people from NASA, and doctors from Stanford, and the best researchers at the Center for Disease Control, all of them, working on helping people excrete their own alcohol. Except for the Mayo Clinic, not the Mayo Clinic. I’m holding the Mayo. If yeast can do it, we can do it. While I’m your Emperor, believe me, you’ll all be drinking your own urine, and loving it!

There’s a lot of acid in wine (the pH of wine is under 4, which is sad, really sad — it should be a lot higher in American wine. American wine should be like Americans — flabby!) but it can be sweet, too. You can screw with wine to make it sweet, you know, like you’re Bill O’Reilly with female employees. Don’t worry about Bill. I’m going to pardon him, but not today, maybe on a busy news day, like when North Korea drops a nuke on Japan — which is not something America would ever do! Sweet wine is for sissies. Moscato, Port, Barsac…sissy wine. Sad.

7. Not all grapes are the same

OK, what do I mean by that? Wines are made in many different countries, many different countries. It’s fantastic. Have you had wines from New Zealand? Wonderful. Just wonderful. And you know what’s really amazing? How in the world do they get the Mexicans there to pick the grapes? Or Greece? How do the Mexicans get to Greece? There’s no wall, so that makes it easy, but it’s a long way away. And I guess our friends in New Zealand, Piwis, I call ‘em Piwis, they like that, aren’t worried about having criminals and rapists in their country, sneaking across their borders. But they have a lot of sheep there, so that helps.

9. More is not better

It’s not just me, the Emperor of Wine, who says that the best wines are the wines that are the most subtle, the most complex. All the other fantastic wine critics say that. We say that over and over. The best wines are mellow, they’re subtle, they speak to you in a quiet voice. We all say that. And we all rate those wines 91. 91. Which is good, it’s good. It’s better than 90. Really. We give 91 to the great and subtle wines of the world, and we give 99 and 100 points to the big, intense, powerful, concentrated, ugly wines. The ones that aren’t subtle. But those 100 point wines are losers. They’re losers. They’re horrible wine, disgusting. But we give them higher scores. The great wines have lower numbers than the stupid wines! It’s just like elections, folks. The highest number doesn’t matter. Only losers think a higher number is greater than a lower number.

You have to taste a lot of bad wine, my friends, in order to understand good wine. There’s bad stuff in wine. But if history teaches us anything, it’s that we have to endure the bad stuff to get to the good stuff. Which is why I’m Emperor of Wine. Sad.