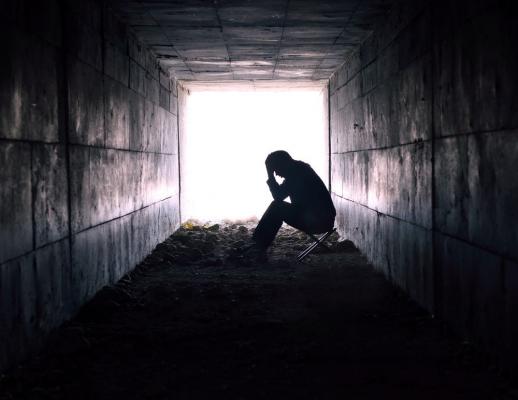 It’s just so hard to learn about wine. I try and I try, but, frankly, it’s depressing. Really depressing. I guess that’s just the way of the world right now. Everything makes me anxious and hopeless—even wine. There are countless books about wine, and they’re all so damned perky. All of them talk about wine as though it’s a gift from God, a vinous miracle, an expression of how the Universe loves us. I hate that sort of emptyheaded crap. The more I think about wine, the more depressed I get.

Wine’s not a gift from God, it’s an ancient Biblical curse. Think for a minute what the world would be like if wine didn’t exist. Really. Imagine no ridiculous “curated” wine lists at snooty restaurants to intimidate you and make you feel inadequate. Imagine a world without sommeliers! When you think about it, sommeliers are just mosquitoes in cheap suits—buzzing about your ears waiting for the perfect opportunity to suck your blood while doing their work as parasitic hosts. Imagine a world without wine connoisseurs! Imagine all the voices on Wineberserkers, the vainglorious wine chat room, suddenly vanishing in a miraculous and welcome Blowhard Rapture. Imagine Jay McInerney reduced to writing bad Fitzgerald. OK, some things will never change. Best of all, imagine a world without wine writing! Wine writing is to literature what Brett is to wine—a little bit is fine, but after that it just smells like horseshit.

Maybe it’s just me. It’s possible. But I don’t think so. All you have to do is examine the world of wine through a slightly darker lens, a more realistic lens, to understand what I mean when I say that wine as a subject is depressing. Consider these few examples.

The concept of terroir is the central mystery of wine. It’s like the female orgasm; half the people talking about it can’t quite put their finger on it, the other half are faking it to make them happy. I find the whole thing depressing. Terroir is a French concept, like surrender. It’s based on the notion that wine reflects everything about its upbringing, which, to me, is horribly limiting. It’s like analyzing wines from a Freudian perspective, and what’s not depressing about that?

Besides, terroir is about climate, and I’m really scared to think about climate. When I hear a winemaker or wine writer babble on about terroir, I get depressed. Don’t they know their terroir is fucked up? It’s not their grandpère’s terroir. People use words like “saline” as part of describing terroir in wines. Of course there’s saline! The damn oceans are rising. There’s damned saltwater everywhere it didn’t used to be! The whole world is heating up faster than the auction market for fake wines, and thanks to a lot of the same stupid, greedy people. I hate terroir. I hate thinking about terroir. Can we all just shut up about terroir? Please. I need a Xanax. Which I think is a Greek variety.

I’ve been trying to figure out the differences between natural wine, authentic wine and honest wine. It’s discouraging, and it makes me want to go to sleep for a whole day. As far as I can tell, it’s a natural wine when a wine writer tells you it’s a natural wine, it’s an authentic wine when the winery tells you it’s an authentic wine, and it’s an honest wine when it doesn’t taste good. Oh, and you’re either not allowed to add sulfur, or you can add a teeny-weenie bit of sulfur, or you can lie and do whatever you want. It’s a category of wine like beige is a color in the rainbow.

You know what really gets me about natural wines? It seems like everyone who advocates for them fervently is really sad. It’s like most of the regular wine critics out there just seem like happy drunks — you know, Parker and Laube and Suckling… But the people who advocate for natural, authentic, honest wines, well, they seem pretty sad, like the Hare Krishna people you used to see at airports. Banging their tambourines and trying to force stuff on you and then asking for money. I mean, Feiring, Bonné, Lepaltier and Legeron? Does that seem like a party to you? And why wouldn’t they seem sad? It’s depressing to only drink natural wines. It’s like being punished, like you have to eat only lima beans with your meal all the time. It’s just too depressing to talk about.

You know what, fuck scores. Scores are the most depressing thing about wine. Even more than a new Matt Kramer book. I find a wine that I love, I look up the score, and it got 84. So I’m an idiot, right? Or a loser. Everyone else is out there posting Instagram photos of wines they’re drinking that received 96 or 98 or, the Holy Grail, 100! Nobody’s posting photos of the 84 point wine they drank while they ate microwave popcorn and watched old movies alone in their apartment. OK, I’ve done that, but if there weren’t any stupid scores, I wouldn’t look so lonely and ignorant. Like I only drink natural wines and eat lima beans. Imagine the methane I’d produce to worsen climate change. Fuck, I’m depressed.

It’s disheartening that so many educated wine experts are reduced to using the same numbers that every jackass with a wine blog uses to evaluate wine. You see a score for a wine on a winery website, or on a shelf talker in a wine shop, and you don’t know anything about the person who assigned it that number. Why are you buying wine based on a number given by a perfect, probably unqualified, stranger? You should have to get a license or something, maybe one more idiotic and meaningless set of letters after your name, in order to give scores. Study for your Doctor Of Points Educator. So then the shelf talker would say, “95 Pts!—James Molesworth, D.O.P.E.” It’s demoralizing to think about how long it takes to learn about wine, to really become versed in wine, and then realize most people buy wines because of a goddam number.

Yeah, yeah, I know, scores are shorthand, easy for people to understand, I get that, but they’re also frivolous, arbitrary and intellectually dishonest. Oh. Now I get it. Scores are supposed to make me feel like an idiot. Well, Mission Accomplished.