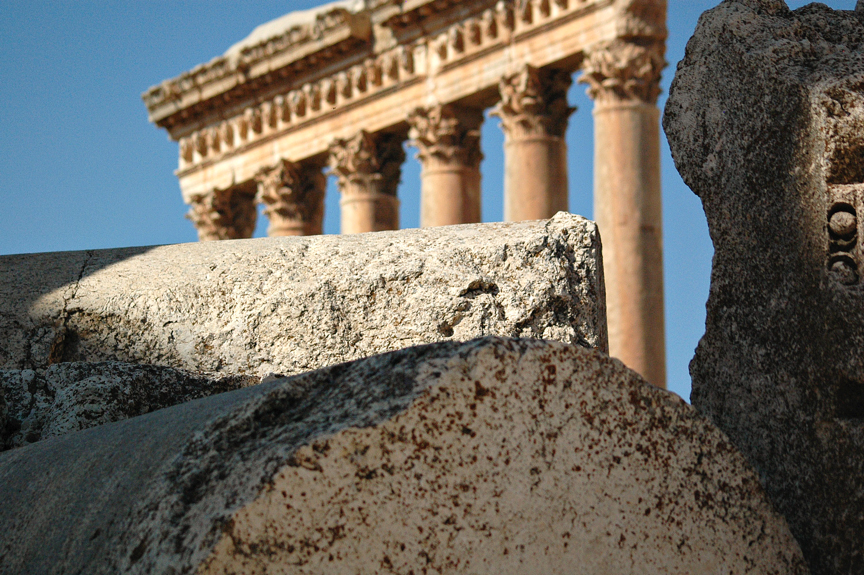 As a former Evening Standard hack, I’m hardened to bad news stories, but I gasped in shock when the news broke on August 4 of the huge explosion in the port of Beirut. I have a great affection for Lebanon and its warm, argumentative, generous people, as well as for their wines, whose producers keep going through hardships unimaginable today in western Europe. More than that: Lebanon has got under my skin.

Many others seem to feel the same. There has been an outpouring of sympathy on wine social media. The Wine Society’s offer of a Lebanese case (wines from Massaya, Domaine des Tourelles and Château Ksara) with all profits going to the producers sold out in under two hours. Meanwhile the Bid for Beirut charity auction over the August bank holiday weekend organised by Madeleine Waters, whose PR agency formerly worked for Wines of Lebanon, attracted strikingly generous bids and raised more than £21,000.

Lebanon’s wines inspire a devoted following. Château Musar’s British fans are famously loyal: more than 1,200 of them logged on to the Wine Society to watch Musar’s Gaston Hochar talk in May. Tim Atkin reports a very positive response to his Instagram interview with Domaine des Tourelles’s Faouzi Issa, Domaine des Tourelles Issa last week. So how is it that Lebanon and its wines get under your skin? How do any wines do that?

My fascination with Lebanon is bound up with two memorable trips there, the first life changing. Visiting in May 2008, I arrived on what turned out to be the last flight into the country for over a week. A flare-up in the country’s endless political and communal conflict had led to supporters of the radical Shia movement Hezbollah surrounding the airport. The next day the country erupted into open warfare between Hezbollah and Sunni militias.

I was struck for the first time by the absurd ease of my London life. In the taxi that got me through Hezbollah lines, surrounded at one point by Kalashnikov-toting fighters; with Ksara’s Elie Maamari at his downtown office, watching an army column heading away from the front line, abandoning us to the militias; on the roof of my hotel listening to the crackle of automatic fire and watching columns of smoke rise; and on my eventual escape via the Bekaa Valley and Syria, my taxi driver stopping every few kilometres to ask bystanders if the road ahead was safe, followed by anxious hours at the Ka border crossing, with Syrian soldiers dragging away the driver of the car in front: I felt naked, naive, out of my depth. Wine here wasn’t a game: it could get you killed.

But I was never alone. Elie, as well as Château Kefraya’s Emile Majdalani and Musar’s Serge Hochar, looked after me like an old friend. And Georges, my taxi driver to Syria, insisted on stopping at his east Beirut home to drop something off. Inevitably, his family insisted I stay for a huge lunch. I was desperate to get on the road; their warmth and kindness momentarily assuaged my fear.

When I returned in 2014 with Madeleine Waters, Michael Karam and others, Beirut was calm – but the fighting was at Lebanon’s door. The Syrian war had driven perhaps 1.5 million refugees into a country of just four million. Makeshift shelters lined the roads in the Bekaa.

I reported for the Standard from a UNHCR centre in Zahle, capital of the lower Bekaa. I have never come face to face with human suffering that raw. I interviewed a woman from Aleppo who told me she was living in a single room with her nine children after their home had been bombed; the face of her 10 year-old son sitting by her side was etched with trauma.

Lebanon’s wine is impossible to disassociate from its people’s suffering – but also from their unbreakable optimism, warmth and good humour. As Faouzi quipped in 2014 opening a bottle of his Marquis des Beys 2006, harvested days after the Israeli withdrawal: “It’s funny in Lebanon, we always mention the war.”

I had dinner with Serge Hochar and his brother during the night of the fiercest fighting in 2008: both of us needed get out in a few days’ time but he remained calm. His nation’s travails were like winemaking, he smiled: “Andrew, in Lebanon you have to be patient – just like with wine.”

The analogue for me – the other such place that’s under my skin – is Greece. Even more so than Lebanon, so many of these are highly individual wines, unique products of harsh eastern Mediterranean terroirs. And while Greece’s principal woes this century have been economic – to a degree shockingly more severe than in the UK – its trauma in the last still imprints the Greek psyche. Ethnic cleansing, genocide, invasion, famine, civil war and dictatorship: these things have helped make Greeks tough, proud and used to striving against the odds. I don’t think it’s fanciful to imagine the soul of a nation in its wines.

Such places make wines that you have to think harder about. They’re not simply regions I know and love and whose wines I like – Jerez, the Roussillon, or Chianti. They aren’t easily comprehensible or comfortable in the way that, say, Bordeaux or Rioja are (not that a livelihood at the mercy of nature is ever exactly easy.) The wines’ production is marked by uncertainty that goes beyond the vagaries of the weather and the economy. A reflexive “inshallah” accompanies most statements concerning the future in Lebanon, as elsewhere in the Arab world (though the Greek equivalent, Θεού θέλοντος – God willing – is less common nowadays.)

Perhaps my special love of Lebanese wines is an extension of my general principle that memorable times make memorable wines. Maybe it’s proof that quite a lot of what we feel about wine isn’t just in the glass, but about the people who make it. Either way, I hope Lebanon’s winemakers emerge stronger from this latest cataclysm. And I will do my bit by enjoying as many of their wines as possible.

Photo of Baalbek by Tim Atkin