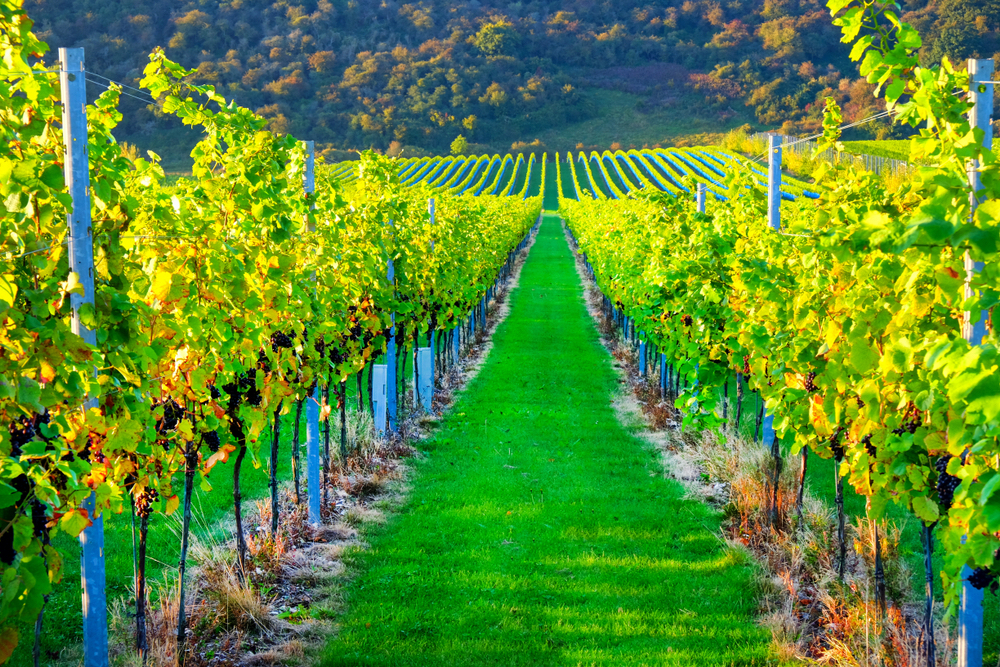 “It is quite remarkable how Britain has gone from being a still white wine producer of declining relevancy in the world of wine to being a contender for the title of world’s best sparkling wine producer –all in the space of a generation” writes Oz Clarke in his latest book. It is indeed a remarkable story and there’s no better person to tell it than Oz, because not only does he remember the bad old days of English wine, but he can tell you exactly how they tasted.

He describes opening a bottle of Chilsdown 1976 in 2011: “…and this pale, unfriendly liquid forced its way out, indignant at having been disturbed and as lemon-lipped and cantankerous as it had been at its inception.” It wasn’t all bad though, according to Oz: “I remember some spicy, vivid, very appetising Seyval Blancs from Breaky Bottom made in years like 1984. Spots Farm in Tenterden in Kent made green and smoky but honeyed Seyval in 1983.” His description of the taste of English Seyval is vintage Oz: “Like picnic nuts that have fallen in the mud, but you ate them anyway, like eating green apple peel by itself without the flesh.” These successes were, however, only made in exceptional vintages.

So what changed? Well, the weather for starters. Tory minister Owen Paterson got into trouble in 2013 for saying that climate change would have its benefits, but Oz is in no doubt that it has helped English and Welsh wine, at least in the short term. Vine acreage was actually declining until a run of warm vintages in the 2000s. But equally important was the new professionalism which Oz dubs “the Nyetimber effect”. Having one world class winery made everyone aim higher.

The book consists of dash through English and Welsh wine history followed by a more leisurely canter around the regions visiting vineyards. Here Oz reveals another ace up his sleeve, a great knowledge and love of the English (and particularly the Kentish) countryside. This comes together on his first visit to Gusbourne when he’s sceptical about it being a suitable site for high quality wine: “That’s down on the marshes, isn’t it? That’s a piece of Kent where few people live, few people visit, where the mists linger late into morning and the the sodden soil squirts and squelches underneath your boots.” It’s visceral, immediate stuff. Yet this unprepossessing part of Kent makes not only some of the country’s most spectacular sparklers but good still wines too. A 2013 Chardonnay from Gusbourne changed my view about English still wines while the 2018 Pinot Noir is just gorgeous. An English red that you’d be happy to give to a Frenchman.” It’s that raised ambition again, according to Oz: “There is a vision of greatness and determination to produce England’s best wine, even if the soil is not the nation’s best.”

It’s a measure of how much English wine has come on that there are great producers who Oz does not even mention. It’s now almost too big a subject for one book. There are other things that he doesn’t go into. Beyond worrying that climate change might make southern England too hot for Champagne grapes, there’s not much on problems facing the nascent wine industry. While it’s refreshing to read a wine writer who hasn’t gone the full Lord Adonis over Brexit, at least for me, I think the impact of leaving the EU is worth commenting on. Not least who is going to pick all those vineyards. Furthemore, people are planting vineyards without doing their homework. On a Zoom chat with Oz held before the book’s publication, one producer said that she has been called up by a new grower as the grapes are ready for harvesting saying, “Can you take them?” There’s tonnes of money pouring in, but can all these boutique sparkling wine producers survive? Someone from Chapel Down told me recently that we are likely to see a consolidation on a Champagne model with some producers becoming just growers and selling to bigger brands.

But this is outside the scope of the book. It’s an unapologetic celebration of the brave new world of English and Welsh wine. It’s a book you’ll want to have in your glovebox or saddlebag (one of the joys of Covid was exploring Kent by bicycle during the long summer of 2020), as you pootle around England and Wales. With a glass of Gusbourne Pinot Noir in your hand (not while driving), it would take a heart of stone not get swept up in the excitement.

English Wine by Oz Clarke is published by Pavilion at £16.99

The Cocktail Dictionary by Henry Jeffreys is published by Mitchell Beazley at £15.99