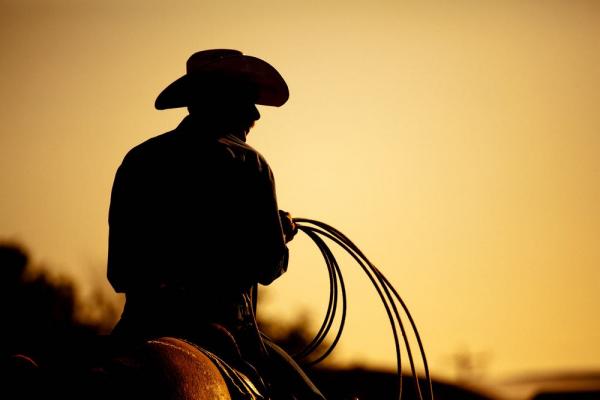 A famous Tombstone watering hole hires Larry Anosmia MS to increase sales and keep an eye on the Clanton gang. Doc Holliday takes a liking to the new sommelier in town, even switching from his shots of rotgut whiskey to the occasional glass of skin-contact Ribolla. Larry’s fallen in love with Miss Jancis, the town Madam, but she wants nothing to do with Larry, who wears an effeminate tastevin and brags about spitting. When members of the Clanton gang shoot up the bar because Larry has the wrong vintage of Dom Pérignon on his wine list, it’s the sissy tastevin that deflects a bullet aimed for his heart. Wyatt Earp, Tombstone’s sheriff, impressed with Anosmia’s courage, asks for his advice on what to serve at the Shootout. Anosmia recommends something trendy from Sicily. Miss Jancis invites Larry to her room for a blind tasting.

Young Laura wants nothing more than to be a sommelier. Her Pa kidnaps Larry Anosmia MS and keeps him as a prisoner on the prairie until he teaches young Laura how to pass the MS exam. Larry insists that “womenfolk ain’t cut out for sommelierin’”, that maybe she should just get her WSET like all the rest of the girls and be happy with that. No one’s gonna hire a sommelier in a skirt. Laura’s Pa makes Anosmia wear a skirt from then on, which Larry actually enjoys, says it allows his Dry Sack to breathe. Young Laura turns out to be an astute taster, passes her first level MS exam, but fails the service portion when she recommends Torrontes with possum meat. Miss Jancis finally rescues Larry from Laura’s Pa, and puts him to work in her house of ill repute so long as he wears that skirt. Doc Holliday takes a real liking to him.

Larry Anosmia MS joins a wagon train as wine buyer. Trouble begins when the wagon train leader simply wants a nice Merlot, but Larry doesn’t carry any Merlot, though he does have a nice Teroldego and a precocious Blaufränkisch. When Apaches attack the wagon train, the wagons are drawn into a circle, and Larry saves the day by convincing the Apaches that a nice young Pecorino is perfect with scalp. The Apaches get drunk and pass out, leaving the wagon train to ride off, though not before remembering to tip their sommelier several wampum. Crossing the Sierra Nevada Mountains into California, Larry Anosmia’s food and wine pairing skills are never more needed than when a blizzard hits the wagon train at Donner Pass. Everyone in the party is happier after a meal celebrating friends — with a magnum of Giacosa Barbaresco to wash them down.

When a gang of aging criminals decides to try one more heist before hanging it up as bad guys, they hire Larry Anosmia MS to choose the wines for their retirement party. The leader of the gang is the notorious Beau Trytis, and Larry christens his gang the Fun Guys. Beau is determined to rob the local train depot, where hundreds of cases of rare wines are stored. He asks Larry to talk his way into the depot to test the wines’ authenticity. An MS, Beau is certain, can not be fooled. But things take a Sauternes for the worse when the lovely Daisy Daëne catches Larry’s eye at the local dive in Sacramento, the sweetly named Bar Sac. Daisy and Larry have a torrid romance, though Daisy is a bit upset that, like every MS, Larry thinks he comes first. Beau’s heist is a success, only it turns out Daisy was a secret agent for the local auction house which had obtained the wines, the wines are fakes, and Larry hadn’t noticed the vintages said 1936, and it’s only 1887. Beau’s haul is worthless, Daisy’s employers collect the insurance money, and Larry escapes being killed by the Fun Guys by recommending they sell the fakes to the Bar Sac. The Bar Sac wins a Wine Spectator Grand Award.

Larry Anosmia MS discovers that the employees at Miss Jancis’ whorehouse are wine critics, which is less of a surprise than one might think. Larry decides that, rather than go to war with them, as a sommelier normally would, he will join them and learn their ways. Soon he learns to speak their strange language (the episode uses subtitles for the various wine descriptions in it), and becomes an accepted whore in his own right. Miss Jancis’ tribe gives him a name, Tongue Fu, and he falls in love with one of the tribe, Karen MacNeil (known as Jug Red). The tribe is attacked by a rival tribe, known as Bloggers, a tribe acknowledged as whores on the same scale, only they do it for free. Larry, an MS, is worshiped by the Blogger Nation, and he uses that to save Jug Red and Miss Jancis’s entire tribe from certain annihilation. Tongue Fu and Jug Red receive permission to marry, but split up over what Champagne to serve at the reception.

Larry Anosmia MS takes a trip on the Overland stagecoach with a bunch of misfits, all headed to judge a wine competition. There’s Vin Italy, the alcoholic wine salesman, who’s not sure why he’s been invited, but isn’t about to pass up a gigantic buzz. Brett Bomb, a winemaker at a local co-op, where cleanliness is next to something else in the dictionary he can’t define. The lovely Wynona Junket, who travels the world on winery dimes in exchange for prose not worth two nickels. And driving the stagecoach, it’s crusty old Quick Buck, who runs the wine competition. Larry and the passengers learn a lot about each other when the stagecoach is attacked by robbers seeking the pile of gold medals these clowns award in stupendous abundance at every competition they attend. The robbers are thwarted, though, by the wily MS, who, predictably, gives everyone a stern lecture and refuses to give a single gold medal to anyone.

Ron Washam won the 2016 Louis Roederer Online Wine Writer of the Year for his work on timatkin.com