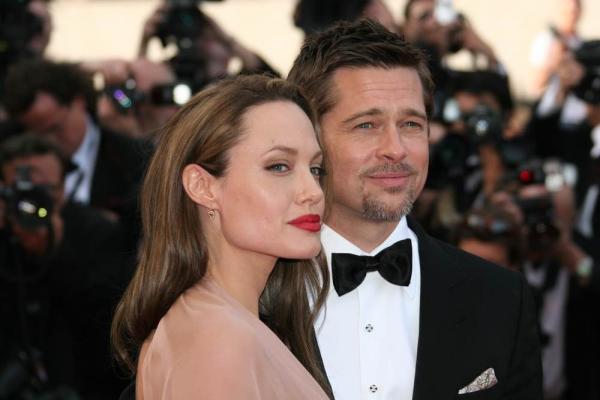 You can always rely on the wine trade to show a sense of perspective. As Brad Pitt and Angelina Jolie prepare to eviscerate one another in the divorce courts, damaging the lives of their six children in the process, the question on everyone’s lips is: what’s going to happen to Château Miraval?

If you’ve never tasted Brangelina’s Côtes de Provence rosé, you might struggle to understand the concern. In fact, even if you have, you could still be nonplussed. But what do I know? Marc Perrin, who’s helped the couple to make their wines since the inaugural 2012 vintage, described the 2015 as a “nectar of the gods”. Maybe he’s been mixing with the wrong deities or sipping too much of his own Châteauneuf-du-Pape.

The Miraval Rosé is fruity, pleasant and aromatic and comes in a stylish package. Does it stand out in a line up of pink wines? Not really. In truth, it’s the sort of wine you’d drink on holiday without thinking. Until you got the bill…

What the wine tastes like is missing the point, of course. I’ve no idea how much input the A-Listers had into the winemaking at Château Miraval, but my guess is that it wasn’t among their most pressing priorities. What helped the 2012 to sell out in a matter of hours and has made the rosé such a success ever since is the power and magnetism of celebrity. Or, more specifically, of Brangelina.

You could argue that a Provençal rosé is the perfect wine for such a duo to endorse. Having very little personality of its own, Miraval is hard to criticise. Like a film projected onto a blank wall, it’s brand to which consumers attach their own values and associations: the Côte d’Azur and “aspiration” perhaps. As if to prove the point, the château’s more characterful whites have sold less well.

Brad and Angelina’s venture may suggest otherwise, but flogging celebrity booze is harder than you’d think. The fact that a star chooses to endorse a wine brand doesn’t count for much these days. One of the sadder tomes on my shelves is Celebrity Vineyards: In Search of Great Wine. The book is aimed at an American audience, but even in the States I suspect that Bruce R Cohn (manager of the Doobie Brothers, in case you were wondering) and Dick Vermeil (American football coach) are comparative unknowns outside their own milieux.

Why do celebrities buy vineyards? A passion for wine is the answer in a few cases: Sam Neill, Gérard Depardieu and Mick Hucknall, as well as Coppola, genuinely love talking about and drinking the stuff. Some may see it as a tax efficient way to spend their money, others as part of a legacy, but I suspect the majority set up wineries because it’s something wealthy people do, like owning a private plane.

And yet wine does seem to have a particular allure. How else to explain the long list of musicians, actors and sports people who have become winery owners, however briefly in some cases? After all, none of them is in a hurry to buy an apple orchard or a waste disposal plant, both of which would almost certainly be more profitable.

Is there a return on ego? Possibly, assuming you don’t run into someone like Gordon Ramsay, who famously gave Sir Cliff Richard his own Portuguese wine, Vida Nova, to taste blind on TV. His verdict? “Tainted, insipid and…like vinaigrette”. Maybe that’s why the singer decided to sell up earlier this year. As most celebrities discover sooner or later, wineries are expensive hobbies.

Sometimes, of course, they hit the jackpot. But I suspect that if you asked Brangelina’s “people” why Château Miraval has done so well, they wouldn’t really know. Why, more precisely, has it outperformed brands owned by, say, Sting, Madonna or Greg Norman? To quote the screenwriter William Goldman’s formula for success in Hollywood: “No one knows anything.”

But succeed it most certainly has. As the divorce lawyers sit down to untangle the couple’s affairs, ownership of the 60-hectare estate will surely be a subject of considerable negotiation. If the property is up for sale, as local rumours suggested this summer, then it’s hard to see its success continuing. Château Miraval needs Brad and Angelina. And so, it appears, does the wine trade.