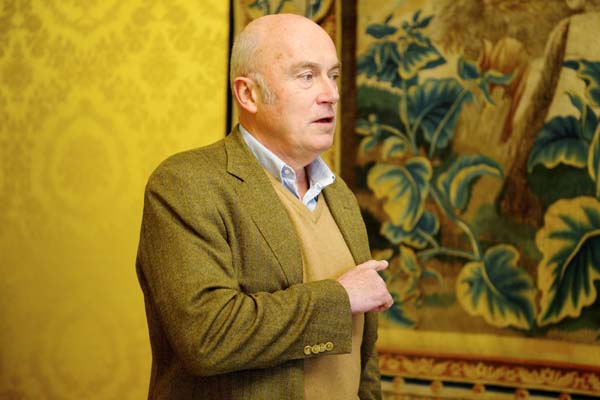 “I can’t help admiring producers who don’t rely on someone else to tell them how to make their wine. Most of the bottles I enjoy drinking reflect their origin, as well as the input of the person who grew and fermented the grapes and aged and bottled the result.” (Tim Atkin)

Tim Atkin enjoys watching sport, reading good books, watching good movies and listening to good music. He also enjoys drinking good wine, preferably, it seems, produced by men and women who work in isolation, without any help from consultants. Wine seems to be the exception to the Atkin rule in this respect. I doubt that he blames Andy Murray, one of the world’s top tennis players, for recently taking on a female coach to help him win some more Grand Slams. I’d be surprised if, as a former editor himself, he’d really want to see the raw copy that Scott Fitzgerald and Ernest Hemingway submitted rather than the edited versions that made their way between covers. I’m sure he’d acknowledge the valuable role played by some of the great movie and music producers over the years. And the fact that, in all these cases, ‘the input of the person’ as he calls it has survived intact.

The reason wine is treated differently – as so often – is the conceit that winemakers are simply creating accurate representations of the soil and climate in which their vines happen to be grown. This is of course a nonsense. Vines and soil have neither a brain, nor a voice. They cannot possibly reveal how they would like to be represented: as an 11.5% wine whose alcohol level needs to be boosted with a little sugar (the recipe for most great Burgundy and Bordeaux in the 1970s and 80s)? Or as a 14.5% blockbuster? Or something in between? Three critics might easily disagree over which of a trio of different versions of the same vineyard’s wines is the most ‘representative’, just as a trio of artists will almost certainly differ over the best way to draw or paint the same landscape. Because, of course, pace the naturalistas, winemakers are far from neutral players. They decide when to harvest and – in the case of red wine – how long to leave the wine on its skins after fermentation. They may also conclude that a ‘green harvest’ – the lopping off of unripe grapes a few week before the harvest will improve the quality and ripeness of the ones that remain. They might also allow some pre-fermentation skin contact, and they may age their wine in young or old wood – or cement or stainless steel – for a shorter or longer time before bottling. All of these decisions will rely on the winemaker having learned how and when to carry out the technique in question.

So where do winemakers, who usually only produce one vintage per year – sometimes in conditions they have never previously encountered – get that knowledge? In the New World, the answer has quite often been from their neighbours and competitors, thanks to the tradition of sharing knowledge and experience in these countries. In Europe, by contrast, the tendency has been to treat winemaking as though it were a family secret recipe. When I lived in Burgundy I was often asked by producers to tell them what and how the grower next door was doing that vintage; as an outsider I could visit both cellars.

Today, there’s a lot more openness, but still plenty of ignorance about how and why things are done elsewhere. Just try asking most Italian or French producers about screwcaps, for example, and you might be surprised how shallow their knowledge really is.

Which brings me neatly to the consultants – a group that is often treated with a lot less than respect. How often do any opinion formers manage even to utter the name Michel Rolland without a sneer? After all, Rolland is the devil who made all the world’s wines taste the same. But of course he did no such thing. Château Ausone does not taste anything like Clos de Siete. What both wines taste is ‘good’, at least to my palate. The critics of the consultants miss the point. Rolland actually explained it to me with the frank honesty that got him into such trouble with the wretched Jonathan Nossiter in Mondovino. Just like a voice coach who’ll spend one day teaching an actor to sing a song competently in a movie and another helping a diva get more plaudits at La Scala, the consultant’s role, he said, is to help the winery achieve the objectives it has set itself.

If the aim is to satisfy US critics – and hardly surprisingly, given the positive financial incentive, this is often the case – that’s what he’ll help a producer to do. If, on the other hand, as it was at Ausone, the ambition is to make finer St Emilion, he’ll do that too. Alain Vauthier (pictured above), owner of that château knew precisely what he needed, much as Andy Murray knows what he has to learn from Amélie Mauresmo.

The anti-consultants conveniently forget how much the best of these men and women have achieved over the years. Talk to anyone who’s watched the Italian wine scene about the state of the south of that country two or three decades ago. Or indeed of Tuscany where wine was generally cheap, rough and sold in straw-covered fiasci that were destined to become candlesticks. Without men like Riccardo Cotarella and Alberto Antonini there would, quite simply, be far fewer enjoyable Italian wines. If Professor Emile Peynaud – the Bordelais flak-recipient in the generation before Rolland – hadn’t suggested its production, Rueda in Spain would probably not be making any delicious fresh white wine. Spain also has to thank Carlos Falco – the Marqués de Griñon – for drafting in Richard Smart to help him to produce top class wine in la Mancha.

In all these cases, a good consultant brought a wealth of experience that even the most widely-travelled and well-connected producer could never even dream of. To imagine that any winemaker, writer or sportsman has nothing to learn is either arrogant or narrow-mindedly stupid. As John Hegarty said in a recent Wired piece, “Always mix with the best. Whether we like it or not, our ideas are in constant competition with others’. There’s a reason why creative people want to congregate with others. It’s not just about the coffee; it inspires, challenges and supports.”

Declaration of interest: yes, I’m a consultant. Not like Rolland or Cotarella – I’d never dream of giving advice on grape growing or winemaking – but I do try to help companies, regions and producers of various sizes achieve their ambitions. And just as a winery is only ever as good as its last vintage, I’m only as good as my last consultancy session or report. Waste your client’s time and money and they don’t tend to invite you back. And that’s a point worth remembering by the anti-consultants. Like the life-coaches employed by top businessmen, the top wine consultants – deliver a genuinely valuable service even if it’s one outsiders think they shouldn’t really need.