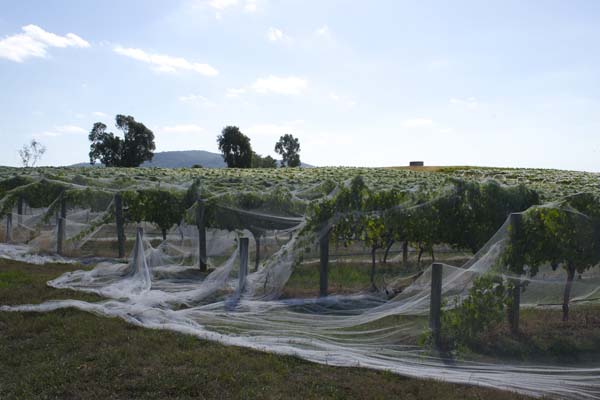 “Would you like to go up in one of our planes?” asked Eduardo Martín, director of the Argentinean Ministry of Agriculture’s anti-hail squad. It was an offer that was all too easy to refuse. In Mendoza, the 24 pilots who are employed by the Ministry to combat hail are paid danger money and deserve every peso. Since 1998, when planes seeding clouds with silver iodide replaced rockets as a way of combating the biggest risk to vineyards, the pilots have been doing what must rank as one of the scariest jobs in the world. You fly inside a cloud at 1,500 metres for up to seven hours a day with almost zero visibility, relying on your instruments to guide you. A plane went down in 2004 and it won’t be the last.

I thought about my conversation with Señor Martín when I read about the latest hailstorm to hit Burgundy last weekend. If French growers think they’ve got a problem, they should talk to their Argentinean counterparts. Hail is a constant menace in Mendoza, a region where 50% of the agricultural land is planted with vineyards. Between October and the end of April, there are hail updates every three minutes on the internet, with radars in Mendoza, San Rafael and the Uco Valley scanning the skies for trouble.

The pilots are essential, which is why the state pays to keep them up in the air. I once saw a hailstorm hit the sub-region of Agrelo and strip the vines in a few minutes, leaving piles of golf ball-sized stones outside winery doors. The pilots can’t stop the hail, but they can reduce the size of the stones and the damage they cause. Even so, 12% of Mendoza’s agricultural crop is lost every year.

This will be of scant consolation to growers in Monthélie, Meursault, Pommard, Volnay and Beaune, who got by hail for the third year in a row last Saturday. Even more depressing for this corner of the northern Côte de Beaune is that this seems to be part of a longer-term pattern. “Volnay and Pommard have now been hit eight times since 2001,” says Jean-Marc Boillot of Domaine Jean-Marc Boillot in Pommard. Are the storms related to climate change? Or is it just that hail favours certain hot spots, returning to places like a criminal to a crime scene? I’m no scientist, but I suspect it’s a bit of both, combined with simple bad luck.

Whatever the cause, this is a crisis. Over the last four vintages, Burgundy as a whole has lost the equivalent of two crops because of adverse weather. The fervent hope this year was that 2014 would turn out to be a bumper harvest of good grapes, a bit like 2009, but this seems unlikely now, at least in the hail-affected villages. On average, growers in Volnay lost 70% of the their crop in 2012, 60% in 2013 and now 60% in 2014. And in some of the premiers crus of Pommard and Beaune, there will be no harvest at all this year.

“It’s a catastrophe,” according to Thiébault Huber of Domaine Huber-Verdereau and president of the local syndicat des vignerons in Volnay. After the two storms in 2013, there were already rumours that some growers were on the verge of selling their vineyards and that local politicians were putting pressure on banks to be indulgent when it came to the repayment of loans. This latest set back will surely encourage more people to consider a career change. Some growers are insured, but the premiums are high and the payments slow and inadequate. Eric Delzant, the newly appointed prefect for Burgundy and the Côte d’Or, has got a lot on his assiette over the coming months.

What can Burgundy do about hail? Anti-hail rockets were considered by AREFLA, a new regional association set up to study and combat “atmospheric issues” earlier this year but deemed “too expensive” and potentially damaging to Burgundy’s UNESCO candidature, according to Philippe Garry, the vice-president of AREFLA, interviewed by Decanter. This would presumably rule out Argentinean-style hail pilots, too.

The cheaper option is a recently installed system of ground generators, which release silver iodide and copper acetyl acetone into the atmosphere to reduce the size of hailstones in the clouds above. This is less precise and successful than seeding them from a plane, especially when a storm is moving at 73 kilometres an hour, as it was last Saturday. “They didn’t work,” says Thiébault Huber.

What would work is hail nets. This is precisely what many Argentinean wineries use. In San Rafael, the region of Mendoza with the highest hail risk, 80% of the vines are netted. They aren’t cheap, they’re not particularly beautiful, but they are reusable and, most important of all, effective. But guess what? Hail nets are illegal in appellation controlee areas, for reasons best known to the Institut National de l’Origine et de la Qualité. Not for the first time, INAO seems to be acting against the interests of French growers. How many hail storms have to hit the Côte de Beaune, how many producers have to be declared bankrupt, before the bureaucrats see sense?