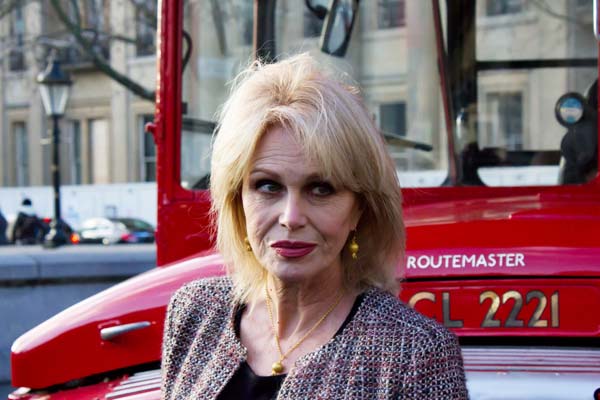 Sometimes people’s names determine their whole life. A. J. Splatt and D. Weedon are both doctors of urology. There’s an Israeli tennis player called Anna Smashanova and a Dutch architect called Rem Koolhaas. It’s not a coincidence that the slipperiest man in British politics is called Salmond. So if you’re called Chatty Dobson then there’s only one profession you can go into: PR. She’s not the best-monickered person in London PR, however. I deal with a Scarlett Engineer, a Leonora Mellish and a Thorne Addyman on a regular basis. There’s something so literary about these names, they sound right out of the pages of Joseph Heller or Martin Amis.

Our image of PR is coloured by Absolutely Fabulous. I used to think that the characters in this programme were a bit broad but they’re only very slight exaggerations of media people I’ve met. The ultimate TV PR lady though, is Siobhan Sharpe from W1A brilliantly played by Jessica Hynes. She’s got that blend of misheard jargon, malapropism and vapidity combined with a total inability to listen. Sharpe’s interjections – “let’s blue tick this mothership”- are the funniest thing in the show. Her greatest gift is the ability to speak absolute balls without a trace of embarrassment. You couldn’t even call it stupidity, it’s more like an awareness that real knowledge and experience are irrelevant in public relations.

After fifteen years working in the publicity departments of various publishers, I have just handed in my notice. I like to think that the reason I didn’t go right to the top was I never learned to speak balls without feeling self-conscious (it was either that or the drinking.) Thanks to the Siobhan Sharpes of this world, public relations doesn’t have the highest of reputations. People would generally assume that I was either a Machiavellian schemer or an idiot. It took me years to get used to that blank look that writers and journalists gave me at parties, or the way other people in publishing really just saw me as a glorified butler.

But I’m not here to talk about me. I’m really here to praise PR people, the unsung heroes of the drink world. Many in this line of work are extremely knowledgeable, often far more technically qualified than me to write about the subject. I had lunch with one recently who leaned over to me and touched my hand and said sympathetically, “you’re self-taught aren’t you?” I felt like some particularly clever miner who knew a little Virgil.

Most are in it because of a genuine love of the subject and I normally feel like I’m dealing with human beings rather than automata. Of course, they aren’t all good: the person representing a Californian wine brand who emailed me every week for six months springs to mind and then there’s the sometimes crass attempts to make a product topical, but that’s what the delete key is for. People who get angry with publicists tend to do it because they are easy targets. In my experience it’s the journalists at newspapers who print press releases as “news” that get the angriest.

Publicists have difficult jobs. Clients demand updates like, yesterday. Journalists drop out of trips and dinners at the last minute. I know that I’m on the D list so I will often be invited to things at the last moment when Will Lyons from the Wall Street Journal can’t make it. I don’t mind. The thing is not to take it personally. When I worked in publishing we had enormous trouble trying to persuade the assistant manager of Waterstone’s in Putney to go on an all expenses paid trip to Venice for the launch of some crime thriller or other.

I know we’re meant to despise public relations and see it as a barrier between us and the story. Ideally I’d spend my life traipsing around the Mosel Valley looking for that perfect Riesling, but that’s not going to happen. Instead I deal with PR people representing supermarkets, wine merchants, regions, producers, bars, restaurants and brands. I don’t get all my information from publicity but without them the industry could not function and most writers would be out of a job.

The trick is never to print the story that they want you to write. Look for the story behind the story or the one behind that. Or use the story to go off on a tangent. Let Ronnie Corbett be your guide. What I love best of all PR people apart from their outlandish names is that they read my columns and say nice things, which is the quickest way to a writer’s heart; that and the booze, of course. So thank you to all the helpful publicists out there and please, send me more wine, sweetie.