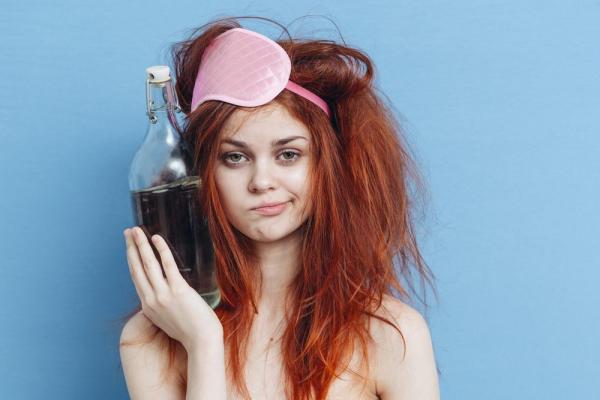 I saw Christmas decorations in the supermarket today. Admittedly, they were tucked behind ranks of lurid Halloween costumes – but still. Between these and the inexplicable (and surely eternally unused) nets-of-nuts, family pack chocolates and tubs of cheesy footballs already banked at end-of-aisles, I think we can say it: consumer Christmas has begun. It means it’s only a matter of time before we start to experience peak clickbait contradiction. “Why a sober Christmas is the only choice for responsible parents” vies with “Don’t tell the kids! 5 Christmas cocktails you can disguise as hot chocolate”. Truly, Christmas wouldn’t be Christmas without consumer frenzy scarcely tempered by a litany of ‘opinion’ pieces telling us that drinking too much is going to make our livers fall out.

Christmas is painted as all excess – extremes of indulgence and self-denial lock horns. It’s a time when, traditionally – apparently – work slows down and we clear our mental decks for the new year. Curious then, isn’t it, that this mental purge is shadowed by extremes of indulgence? Because if there’s one thing you can pretty much guarantee – at some point this December you’ll wake up with a hangover.

This year, rather than deploring your sore head, why not flip the wisdom of a thousand articles sharing “10 failsafe ways to beat that hangover” on their heads. Why not embrace it?

It’s an oft-quoted wisdom that creativity and dysfunction go hand in hand. The symbiosis between mind-alternating substances and creative expression is long chronicled. Be it the absinthe-addled inhabitants of 19th-century Paris; Dionysian Aeschylus; bar-brawling Marlowe or erudite Amis, frequenter of London waterholes – the image of the inspired drunk is firmly entrenched.

But what of hangovers? Are they merely penance for creative release?

Kingsley Amis was a noted chronicler of hangovers as well as jubilant drunkenness. He authored the most famous of all hangover scenes in Lucky Jim:

“Dixon was alive again. Consciousness was upon him before he could get out of the way; not for him the slow, gracious wandering from the halls of sleep, but a summary, forcible ejection. He lay sprawled, too wicked to move, spewed up like a broken spider-crab on the tarry shingle of the morning. The light did him harm, but not as much as looking at things did; he resolved, having done it once, never to move his eyeballs again. A dusty thudding in his head made the scene before him beat like a pulse. His mouth has been used as a latrine by some small creature of the night, and then as its mausoleum. During the night, too, he’d somehow been on a cross-country run and then been expertly beaten up by a secret police. He felt bad”

Clearly Dixon’s condition is advanced enough to ensure he won’t be penning any masterpieces – but don’t let his ruination colour your thinking. Through extensive (and entirely unscientific) home testing, I can affirm that the after-effects of indulgence can give birth to real poetry. Note these regional terms quoted in The New Yorker for hangovers, and their intrinsic poetic power:

Salvadorans wake up “made of rubber,” the French with a “wooden mouth” or a “hair ache.” The Germans and the Dutch say they have a “tomcat,” presumably wailing. The Poles, reportedly, experience a “howling of kittens.” My favourites are the Danes, who get “carpenters in the forehead.”

If you too suffer from an over-active brain, you’ll probably have experience the intoxicating lull in restless functionality engendered by a hangover. When your brain is forced to slow down, connections which are invisible at usual brain-speed become apparent, a factor celebrated by Rachel Plecas, former editor in chief of Asia Tatler:

“In these moments, [when hungover], we could come up with our best ideas. There was a liberty, a total freedom from convention, because we all knew that we were hungover and tired.”

And before you quibble with my anecdotal evidence, (and the extensive scientific debunking of hangover-creativity in the above article featuring Plecas!) – I refer you this article from Wired’s science blog. A comparison between brain damage and a hangover takes some leaps in terms of taste, but in terms of artistic analogy please bear with me, because this paragraph neatly summarises the nature of the ‘peculiar sort of focus’ I reference earlier:

“[T]he creative upside of brain damage—the unexpected benefits of not being able to focus — does reveal something important about the imagination. Sometimes, it helps to consider irrelevant information, to eavesdrop on all the stray associations unfolding in the far reaches of the brain. We are more likely to find the answer because we have less control over where we look. […] When we need an insight, of course, those stray associations are the source of the answer.”

Just as we tolerate the long established association between drunkenness and creativity, maybe it’s time to embrace hangovers too as an unplugged source of creative inspiration. Tell that to your boss the morning after the Christmas party.