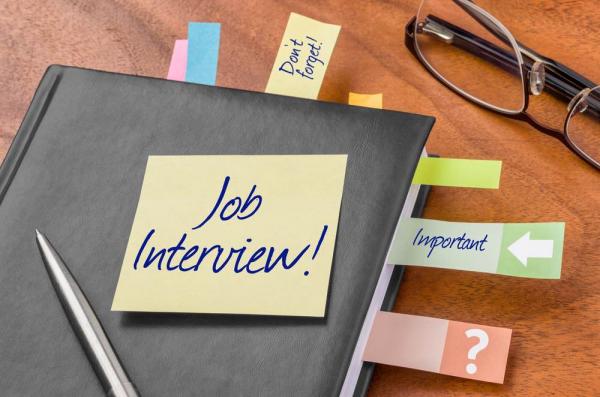 Dear Ladies and Gentlemen of the Institute,

It is with pleasure and trepidation that I am applying for the position of Head of Strategy at the Institute [1]. While this is undoubtedly the foremost [2] body of Wine Professionals in the World, it is my sincere belief that you have only scratched the surface of what you are able to do [3]. In this cover letter, I intend to set out the course I believe the Institute should take in order to expand and prosper in the future.

It is perhaps unfortunate that a big part of the Institute’s legend comes from the dreaded tasting part of the exam. This, I guess, is a necessary aspect of the training and confers credibility with the hoi polloi. It is the sort of thing that one expects from an expert, much like one expects an architect to be able to draw and a composer to play the piano. It does, however, underplay the great array of skills available. Just look around you, at your fellow Masters: there are journalists and scholars, winemakers and consultants, marketing experts and winebuyers. This is not the Institute of Rather Nifty Blind Tasters but a real Learned Society [4] of Wine. I am confident that the Institute is extremely well poised to lead the sector at a moment when we are at a turning point for wine production, marketing, and trade.

My first move then, will be to rename the society to the Institute of Wine, signifying clearly that you are not simply Tasters and Connoisseurs, but professionals covering all aspects of wine [5]. Within this, I will set four tracks: viticulture; winemaking; business and marketing; scholarship and connoisseurship. Traditionally, we in the United Kingdom have been understandably reluctant to talk much about the first two, lagging behind our counterparts in other countries. However, this is changing rapidly [6] and great strides have been made, including setting solid academic foundations at Plumpton College. Moreover, a sizeable chunk of the membership comes from the US, Australia, and New Zealand, countries with a long established background in the science and practice of viticulture and winemaking, while many members are based in wine powerhouses such as France and Spain – even if, for some reason, Italy continues to evade us.

This brings us to my next move. I believe the newly named Institute of Wine should be looking to become the Chartered Institute of Wine (CIW). This effectively means a range of changes, most important of which would be the opening of the Institute to many more individuals, with the introduction of membership grades. The grades I intend to set are: Students, for those on a path to full membership; Associate Members, for those with a professional background in wine but no time or inclination to become full members; full Members, for those who have passed a professional-level exam to one of the thematic areas covered above; and finally Fellows, for those who have excelled historically in these areas. Members and Fellows would get the post-nominals (MIW and FIW respectively) to indicate the membership grade, in line with other professional bodies. Naturally, existing MWs would immediately be converted to Fellows of the Institute.

This expansion, however, would require a separate professional post-nominal to indicate the specialisation along the set tracks. We already have a title with considerable industry heft in the Master of Wine and I don’t think any of the members would be keen to drop or change the MW initials any time soon. So I recommend that the newly named CIW, keeps the MW title for individuals, but with an emphasis to the scholarship and connoisseurship track. There is no reason, however, to stop there. Alliances can be pursued with umbrella organisations to provide additional qualifications. Members working in Viticulture and Winemaking should be able to become Chartered Engineers and Chartered Scientists via the Institute; members working in the business of wine should be able to become Chartered Managers [7], and so on.

You can argue that some of these specialisms are better served through other institutions: the Agricultural Engineers, and the Food Scientists, and the Accountants, and so on. There is, however, nothing stopping interested Members in belonging to more than one professional body – and there is everything to gain in belonging to such a diverse and highly esteemed community as the Institute. Another qualm could be that opening the gates to everyone might remove something of the mystique of exclusivity the Institute currently enjoys [8]. I am confident, however, that plurality will overall make it even richer: intellectually, scientifically, socially [9]. After all, wine includes everything, while simultaneously being unique. It should have its own professional body, and there is something fitting in this being set up by its best tasters, drinkers, and thinkers.

The route I suggest is neither straightforward, nor easy. It requires commitment, planning, and someone with the skill to actually achieve it. Actually, now that I think of it, you are probably better off with someone else.

[1] It might surprise some of you that I, a non MW, am applying for such a senior position. The key thing you need to remember is that I haven’t for a minute done the jobs you all successfully do every day, I don’t have a smidgen of your theoretical knowledge, and at a very basic level I don’t have the practical skill. So, all in all, a perfect fit for the management track.

[2] If members of any other body of wine professionals object to this, you may raise your hand so we can record your objections. Ah. I’m afraid the angle between your shoulder and your arm is off by 0.2 degrees. Sorry. You can retry in the following two calendar years. Wink wink.

[3] See what I did there? Boy, I’m really getting the hang of this management thingy.

[4] For our foreign audience, forming Learned Societies is a very British tradition, which is typically enacted when three Brits develop an interest in something. This hallowed practice usually involves the establishment of membership grades, exams, and a magazine where the members can send furious letters to the Editor and worry about the future of the Society. It is in distinct contrast to my home country of Greece, where having three individuals with the same interest inevitably leads to the establishment of three competing societies. This latter practice admittedly increases the admin somewhat, but it does allow everyone to call themselves President.

[5] And also getting rid of the Masters thing. We have all learned to be in awe of it, but you must realise that “Masters of Wine” sounds a bit weird to the outsider. It’s like a Goscinny comic, where a lost French aristocrat is called to organise the Saturday night entertainment in a small Alabama town.

[6] Thanks to climate change, we now appear to be having a climate reminiscent of northern France. I see, however, no reason to stop there and strongly believe we can aim higher. I envisage a future where Sussex grows the finest Mourvèdre and Newcastle the finest Pinot Noir. One of my more controversial policies will be to have the Institute donate generously to the Trump 2020 Presidential Campaign, the Trump 2024 Imperial Campaign, and the Trump 2028 Hunger Games. I do have to warn you, however, that sparkling production might need to move to the Hebrides.

[8] If briefly. That’s why I’ll be introducing all the member grades and charterships and stuff. The only thing more exclusive than a club is a club within a club.

[9] And financially. Let’s face it. That Burg ain’t gettin’ any cheaper.