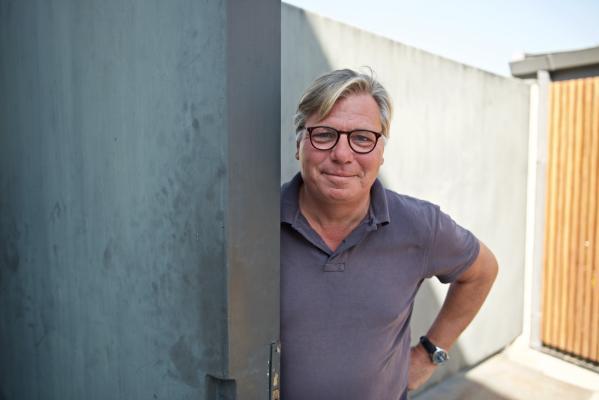 Peter Sisseck poured a sample of his 2016 Pingus with obvious pride, watching my eyes for a reaction. He’s a thoughtful, modest man, who abhors self-promotion and would never think of trying to influence a journalist, but as I finished my tasting note and enthused about what was sitting in my glass, the Dane told me it was “the greatest wine I’ve ever made”.

I asked him why. Was it the vintage? The age of this remarkable parcel of vines in La Horra, Ribera del Duero? Or was it something he changed in the winery? “No, it’s me,” he said. “I couldn’t have made this wine when I was young. You need to understand time and how a wine behaves in barrel. You have to have the experience to take risks. I’ve got all the technology and the numbers to support me, but you need courage to make a wine like this.”

Do winemakers get better with age? The advertising guru Sir John Hegarty has a theory that creative people have a period of ten years when they do their best work. There are exceptions – Leonard Cohen, Picasso, Henri Cartier-Bresson and Philip Roth, for instance, who continued to produce outstanding art into old age – but for many musicians, painters, photographers and writers this short period of brilliance occurs in their youth. After that, it’s all retrospectives, reprints and reunion tours.

The best winemakers are more Roth than Arthur Rimbaud, working at their craft and improving with the passing decades. One thinks of the Burgundian Henri Jayer, who made great wine into his late seventies, or of Bruno Giacosa of Barbaresco or Auguste Clape of Cornas, both of whom died earlier this year at the ages of 88 and 93. None of these great men had to rage against the dying of the light. They were the light.

Is there a link to be made with old vines, currently the topic du jour in certain wine circles? Marco Ventrella, the KWV’s brilliant viticulturist, clearly thinks so. Talking at a seminar at Cape Wine last month, he drew just such a parallel. “Old vines are like old people. They have more gravitas and weight, they think before they act. They behave differently to young vines. The wines they produce aren’t aromatic bombs, but they have texture and structure.”

Maybe Peter Sisseck, still fit and in his mid-fifties, has absorbed something of the spirit of Pingus’ 89-year-old vines in the time he’s been working with the 4.2-hectare parcel? Don’t worry, they seem to be telling him, don’t rush. Just focus on what it essential.

Do great winemakers reflect the personality of their vineyards, like dogs and their owners are said to do? They certainly seem to be inspired by old vines. The Frenchman Bertrand Sourdais of Dominio de Es, another outsider who has made his home in Ribera del Duero, makes his best wine, La Mata, from a block that is nearly 200 years’ old. “When it was registered in 1904, it was already an old vineyard,” he says. “You can smell the brown clay in this wine, the fresh air of the Soria sub-region, the coolness of the site. My job is to capture that place in the bottle.”

Place is doubly important to the best winemakers. It not only provides them with outstanding grapes, but also grounds them in a community and a landscape. There are a handful of consultants and travelling oenologists who know how to sprinkle their magic across the globe – Alberto Antonini and Jean-Claude Berrouet, now involved with a brilliant new project called Vinaltus, also in Ribera del Duero, spring to mind – but most of the men and women I admire are associated with a single region or even vineyard.

In this respect, Peter Sisseck reminds me of Paul Draper who retired from Ridge Vineyards in California two years ago aged 80, after half a century of crafting some of the New World’s most refined and distinctive wines. Draper’s winemaking philosophy, especially the way he understood and interacted with old vines, was constantly evolving, which was what made him such a fascinating person to interview.

Sisseck is like that, too. If he hangs up his pipette at the same age as Draper, he has another 24 vintages of Pingus in him. It’s a gratifying thought for fine wine lovers. Old winemakers aren’t immortal – “time is a great teacher, but unfortunately it kills all its pupils,” wrote the composer Hector Berlioz – but like great art, their wines will outlive them.