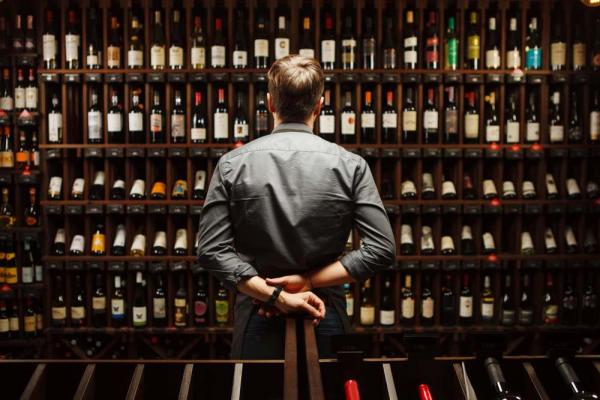 Researchers say there are no more than 273 of them left in the world. Many of the males are old, long past a desirable reproductive age. They’re nocturnal for the most part, using the darkness of the night to hide their neurotic fear of meaningful human contact. Scientists believe the entire species will be extinct by 2075, though this may be optimistic. Not the year, the hope that they’ll be extinct. The most bewildering and inexplicable fact of all about this vanishing species? There are almost no females.

The numbers are a mystery to those who study Master Sommeliers in the wild. For example, of the 37 Master Sommelier births in 2017 and 2018, only five were female. Statistically, this is the equivalent of flipping a coin and having it land on “heads” 78 times in a row! And this despite the fact that so many Master Sommeliers are actively chasing “tails.” With such an obvious dearth of females, experts agree, Master Sommeliers may be extinct within a generation. But, ah, hell, that’s what they said about polio. Promises, promises.

Recently, a group of researchers and scientists was formed to study the elusive MS. Not much is actually known about their mating behavior or reproductive cycle, primarily because it was impossible to find anyone who actually cares. The species MS and its subspecies of CSWs and WSETs are classified as parasites, and are related to leeches and disease-carrying wine writers. (Full disclosure: I was once bitten by David Schildknecht and contracted a near-fatal case of logorrhea.) In many parts of the United States, keeping them as pets is strictly forbidden, though there is a thriving black market trade in the selling of their testicles, which are said to cure hangovers, and make lovely decorations for rearview mirrors. And yet it’s not the pet trade or the black market for sommballs that’s driving their extinction. It’s that there are so few female Master Sommeliers. Scientists now believe this isn’t an accident.

I tagged along with MS researcher Eunice Corn on her recent expedition to study the habits of Master Sommeliers. Corn’s research has revealed a number of surprising behaviors among the MS which may explain the scarcity of females. “Imagine my surprise,” Corn tells me, “when I discovered that the favorite prey of the male MS is females!” But it’s more complicated than that.

Euni (as she likes to be called) Corn first became fascinated with Master Sommeliers after a date took her to see the film “SOMM.”

“There on screen was an entire culture I’d never even known existed. I thought it was a comedy, a satire about wine. It was like ‘Best in Show,’ but with more butt-sniffing. I thought Fred Dame was Fred Willard. I mean, let’s face it, making a film glamorizing a bunch of guys, nary a woman in sight, who think wine is a meaningful way to spend their lives is buffoonery on the face of it.”

Corn’s first attempts to study the secretive MS ended in failure. She wanted to witness their behaviors and rituals, learn their ways, study their interactions; but, it turned out, MS lead solitary lives. Often, they tried to blend in, tried to appear normal among humans, though they aren’t actually related to humans. They rarely succeeded, given away by their insistence on telling everyone they met that they were a Master Sommelier within the first thirty seconds of every encounter. Corn was struck by their seeming ignorance of their own arrogance. “Though it must be said,” Corn noted sympathetically, “it can’t be easy to be a foremost authority on a subject as ultimately empty as the suit you’re wearing.”

But why so few females? It made no sense. A limited number of females in any species means that the gene pool will be far too shallow for success in the long run, there being only one outcome possible — pathological inbreeding that results in health issues and rampant idiocy. Viewed through this lens, even “SOMM” begins to make more sense. (What explains the movie’s success remains a mystery.)

“Logically,” Corn told me as we prepared to observe MS behavior, “you would think that there would be an equal number of male and female Master Sommeliers. It wouldn’t have begun that way, of course. The first MS that evolved were men, for the most part, and their society was very much a fraternity. Women were around, but they were never accepted as equals. This is not especially uncommon in the animal world, but, usually, species adapt. The males come to realize that the females are their equals, though it’s often painful for the males to surrender any of their power. Somehow, MS learned to pretend they treated females equally while surreptitiously preying upon the younger ones who were trying to join their tribe. It’s an odd behavior. You see something similar in the praying mantis, where the females devour the males while mating with them. With the MS, it’s exactly the opposite. This is not to say the MSs are insects. That would be unfair,” she insists. “To the insects.”

Euni Corn and I were nestled in a blind observing a male MS performing a ritual courting dance with a female MS candidate. Corn assured me that what we were witnessing was natural behavior in the wild. “The male is positioned as a ‘mentor,’” she whispered to me. “To convey this, he coyly puts his nose into the wine glass, positioning his eyes so that they are staring at the female’s breasts. The males do this most of the time. The eyes are a window into the soul, but the boobs are the door to the playground.” I notice how uncomfortable the female is, yet she says nothing. This, too, is part of the ritual. Confronting the male would lead to ostracization, and little chance of becoming a MS.

It turns out, Corn’s research has shown, that there are so few female MS because that’s the safest way for the males to dominate. And, really, the males live first and foremost for each other’s admiration. Corn doesn’t believe that will change any time soon.

“Master Sommelier is, for the most part, an Old Boys Club. The males spend their time with grandiose displays of their enormous egos — lapel pins, and letters dangling after their names like toilet paper on so many shoes — while the more qualified and mature females are seen as vestigial ornaments and trophies, only rarely accepted into the ranks. There’s little societal reason for them to change. They’re celebrated in film, and have managed to become admired by others despite their accomplishments being mostly imaginary and entirely worthless. They’re a lot like professional golfers, in that sense.”

“If the balance between males and females remains the same, I imagine they’ll be extinct in a couple of generations,” Corn tells me. “But, fuck ‘em, who cares?”