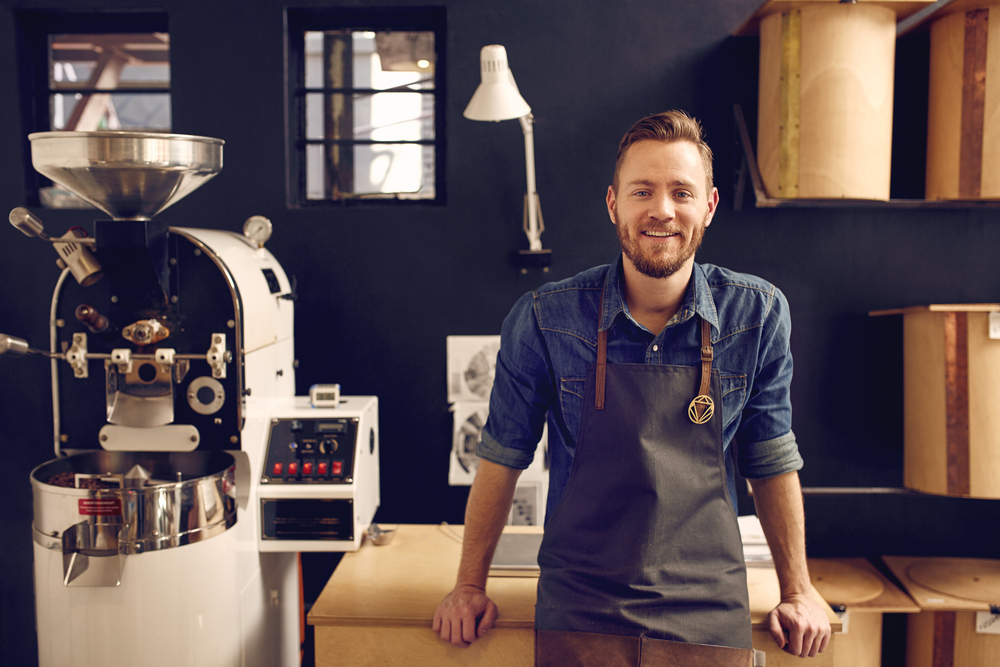 The COVID Lockdown of 2020 has affected all of us in different ways. For starters, that pesky commute we were resenting…doesn’t seem so bad now, does it? And that overly enthusiastic barista? Replaced by a dusty cafetière.

For the more timid, the social lockdowns have been a time to retreat, to stick to what we know. Start the day with a homebrew of the house blend. End it with a half glass of the house red.

But for a few of us, COVID has brought with it a change in life’s lens. What seemed like a prison has turned out to be a series of generous bay windows, flung wide, flooding the room with the light of limitless possibilities. This may present as something as dramatic as a career change, but it need not be so grandiose. Your small act of bravery – leaning over and opening the smallest window in your mind (just a crack) – may be as simple as resolving not to allow another day to pass without broadening your horizons (just a bit).

And if you don’t know where to begin, why not start where all great endeavours begin? With coffee. Sure, history’s greatest victories may have ended with Champagne… but we all know they started with coffee.

Here are four more things you should know about specialty coffee before topping up your pantry stash.

1. All coffee is Beaujolais. Drink it young.

“BEST BEFORE 2024”, states your bag of supermarket house blend (almost proudly!). And I guess, in one sense, the old bag is right. Your coffee definitely will be best before 2024. But I think we can narrow that window just a smidge.

While stale coffee will never kill you, its taste does begin to deteriorate about 30 days after roasting. As time passes, the more volatile elements are lost (florals, fruit aromas & acidity) and the flavour profile begins to flatten.

A safe way to shop is to only buy coffee that gives you a “roasted on” date, rather than a “best before” date.

But it isn’t just roasted coffee that ages poorly. Green (unroasted) coffee quality also deteriorates. Climate, processing and storage all affect shelf life, but it’s safe to say that green coffee should be roasted and consumed within 9-12 months after it’s harvested.

A conscientious local roaster should be able to tell you both when your coffee was roasted and, equally importantly, when it was harvested. But why is that important? Well, the implication of this is that, like any specialty agricultural product, a discerning drinker will buy their coffee specific regions that are “in season”. But that’s a conversation for another day.

2. Coffee has its own noble varieties. Except with better logic to support them.

“100% Arabica” is a statement regularly emblazoned on the side of a bag of coffee, as if it were something to be proud of. It is not; it’s a bare minimum. Trying to sell coffee by shouting that it’s “100% Arabica” is like trying to sell a wine by marketing it as “100% Vitis vinifera”. If that’s the strongest selling point it has, then you probably don’t want to drink it.

There are two dominant species in global coffee; Coffea Arabica and Coffea Canephora (aka Robusta). Robusta tastes like burnt popcorn, Nazi spit, and old gluten-free pizza boxes. But it’s prolific, easy to grow, and contains almost 100% more caffeine than Coffea Arabica. And so it persists in cheap and nasty blends across the world.

Arabica, on the other hand, is not just one thing; it has many expressions. Just as Vitis vinifera has various cultivars within that species (Merlot, Hondarribi Zuri, Blaufränkisch etc), Coffea Arabica has cultivars like Typica, Bourbon Mundo Nuovo, Geisha, or Caturra, often with very distinctive flavour characteristics. But even within the Arabica subset, there are some cultivars that can taste like rainbows, candy floss, unicorn’s tails and pixie giggles, while others are less inspiring. So you need to know what to ask for. Some highly sought-after (some might even say “noble”)  seed types include Ethiopian and Panamanian Geshas (more on that here), Honduran Pacamaras, El Salvadorian Bourbon, Kenyan SL-28 & SL-34, and Costa Rican Villa Sarchi. This list is by no means exhaustive, but it’s a good place to start.

BUT WAIT! Don’t leave! I’m not talking about “natural” in the mousey, cloudy, unnecessarily militant sense of the word. “Natural coffee” refers to the way certain coffee cherries are processed before they are roasted.

The vast majority of coffees are known as “washed coffees”, or wet-processed coffees. Here, coffee cherries are picked, and have the fruit scrubbed off the seed, using water and abrasion. A natural coffee – or dry-processed coffee – is made up of beans that were dried inside their cherry fruit, and only milled down to bean form much later on.

Now, the dangers in this process are abundant. Cherries can begin to rot while drying; mildew can set in; defective cherries are harder to pick out; and unpleasant fermentation flavours can abound in the final cup. But all that doesn’t stop producers from taking these risks, harvest after harvest.

Why? Mostly because, if done correctly, the process yields delightfully extroverted coffees that explode with intense aromas in a way that most washed coffees never will. Plums, cherries, mangoes, ripe peaches, cocoa nibs…even “Hoppy IPA” and “Pinot Noir”, as marketed by some more flambouyant coffee roasters.

Finally, as with natural wines, natural coffees divide the world into two halves: those who profess “the funkier the better!” and, those who embrace minimalist purism, and see natural coffees as a bastardisation of all things sacred.

Ever added sugar to your tea, but forgotten to stir it? When you take your first sip, and it lacks sweetness, you instinctively know that stirring your tea will dissolve the sugar, which will solve the problem. The power is yours to control the flavour of your beverage, just like a winemaker vacillating over pigeage ou pas de pigeage.

When brewing coffee, the mechanism for getting coffee solubles into your drink is the same: dissolution. Or extraction, as coffee folk (and winemakers) like to call it. Just like the sugar in your tea, you can’t taste it if it isn’t extracted.

What makes the coffee extraction process challenging is that there are multiple chemicals dissolving simultaneously, as you brew. Fortunately, there are some trends in the ways these chemicals dissolve that are useful to note. Organic acids dissolve very easily, contributing acidity to your cup early on in the coffee brew. Strecker’s Degradation compounds (which smell of peat, ash, and smoke) are the slowest to dissolve, and primarily contribute towards bitterness. In the middle of the table are maillard compounds and caramels, which contribute to umami elements and sweetness, respectively.

Now the most crucial little nugget in all this is that you can control extraction, and therefore taste by experimenting with three Ts, and a G. The temperature of your brew water; the amount of time that you let your coffee brew, the level of turbulence during brewing (IE how much you stir) and, finally, how finely or coarsely you grind your coffee.

The applications are endless. If you’ve inadvertently bought a bag of coffee that tastes bitter and ashen, try brewing with cooler water. Or stir it less. Or grind it more coarsely. This should help to reduce bitterness.

Or, if your coffee tastes sour and savoury, try using hotter water, brew it for longer, or stir the grounds as the coffee brews.

But whatever you do, avoid the temptation to just add more coffee. There are myriad more efficient and elegant ways to improve your brew.

So whether you’re back on your morning commute, queuing for a flat white, or still hunkered down with your home brew setup, start the day by opening that window in your mind (just a crack) and see if it doesn’t transform the drink you thought you knew so well.