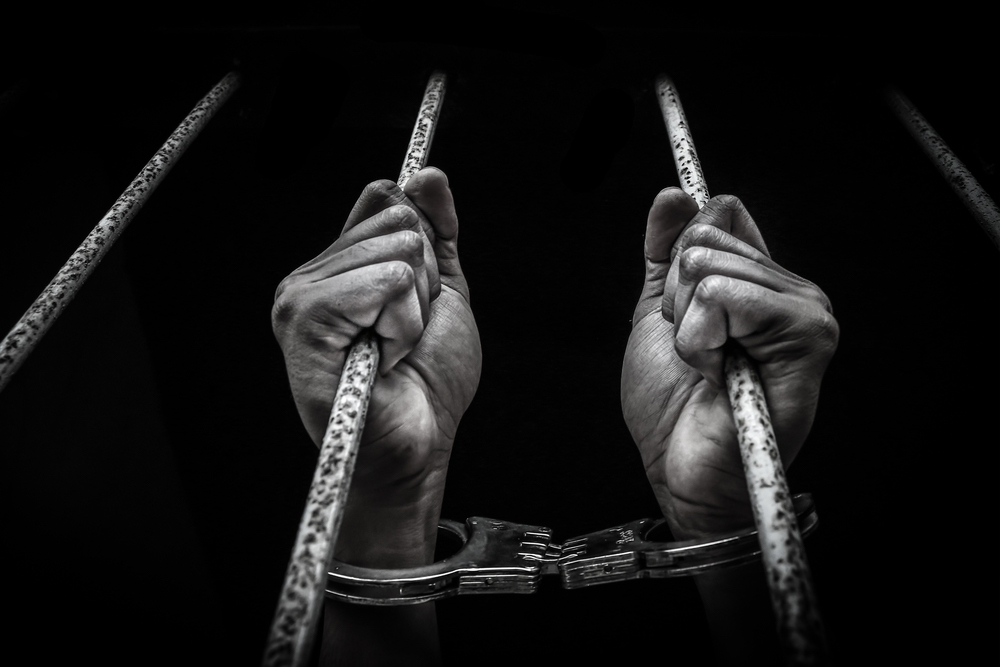 At 5pm on the 25thof April 2008, Peter Hellman received a phone call from Geoffrey Troy of New York Wine Warehouse. The wine merchant had heard that “something unusual” was about to happen at an Acker, Merrall & Condit auction at Cru restaurant in Greenwich Village and advised Hellman, a freelance journalist, to “get on down there”. Intrigued, Hellman did just that.

Half way through the sale – described as “like a giant fun party within an auction” by one bidder – auctioneer John Kapon paused to mention what he called  “a little unusual situation here”. Laurent Ponsot of Domaine Ponsot in Morey-St-Denis had come to New York to make sure that 22 lots of his wine were withdrawn, as Kapon had promised him they would be, only to find that they were still in the sale. Also at Cru was Rudy Kurniawan, the consignor of those bottles. At the end of the auction, Hellman spoke to him. What was the problem? “We try to do the right thing, but it’s Burgundy,” he replied. “Shit happens.”

Kurniawan was correct, although not in the sense he intended. That Acker sale began a chain of events that would result, six years later, in a lengthy prison sentence for the wilful misrepresentation of counterfeit goods. The damage to the credibility of the fine wine market, especially at auction, is an even more serious part of the fallout. As one of Kurniawan’s victims put it, these days even “authentic wines are viewed with suspicion”. Now, adds Hellman, it’s a case of “guilty until proven innocent” where legendary bottles are concerned, thanks to the “weasel of doubt”.

One of the many interesting details in Hellman’s well-researched and enjoyable book, based on a series of articles he wrote for Wine Spectator about the unfolding scandal and subsequent trial, is that other Kurniawan lots had been removed before Laurent Ponsot’s intervention. A year earlier, at a Christie’s Los Angeles sale, the auctioneer was forced to withdraw six magnums of 1982 Château Le Pin that featured on its catalogue’s cover after owners Jacques Thienpont and Fiona Morrison MW pointed out that the wines were fake. Others had suspicions as early as 2002, but by 2007 Kurniawan’s operation was on borrowed time.

How did a young man in his early thirties con so many people, nearly all of them rich and successful men? Corporate CEOs, investment bankers, Hollywood producers, physicians, real estate moguls and venture capitalists, not to mention wine writers and auctioneers, were all seduced by a combination of Kurniawan’s charm, generosity, wine knowledge and tasting ability. “If you were a girl, I’d marry you,” wrote one admirer on a wine chat site.

They were taken in by what Brad Goldstein, an investigator working for collector and eventual anti-Rudy litigant Bill Koch, called the “elegance of the hustle”, suspending disbelief to the point of stupidity in many cases. Watching Kurniawan in the 2016 documentary, Sour Grapes, one of is reminded of Nick Carraway’s description of Jay Gatsby’s smile in F. Scott Fitzgerald’s famous novel. “It faced – or seemed to face – the whole eternal world for an instant, and then concentrated on you with an irresistible prejudice in your favour. It understood you just as far as you wanted to be understood, believed in you as you would like to believe in yourself, and assured you that it had precisely the impression of you that, at your best, you hoped to convey.”

Like Gatsby, Kurniawan was, and remains, mysterious. He wasn’t a former German spy or a descendant of one of Europe’s royal families, but very little about the man they called Dr Conti (after Romanée-Conti) or Mr Forty-Seven (after his favourite Bordeaux vintage) is clear-cut. We can, however, be reasonably sure that he was born in Jakarta in 1976. His real name in Zhen Wang Huang, but his parents gave him an Indonesian moniker, Rudy Kurniawan (the name of a famous badminton player) because of local prejudice against the minority Chinese community.

Kurniawan arrived in California in 1993 and graduated with a major in accounting from California State University. He subsequently worked in a golf pro shop before beginning his career in wine some time around 2000. In 1998, after anti-Chinese rioting broke out in Indonesia, he applied for asylum, arguing that “only death awaits me” if he returned. In 2003, Kurniawan was ordered to leave the USA; he never did, living as an illegal alien in Arcadia, the so-called Chinese Beverly Hills, with his mother, Lenywati Tan, and his brother, Andy, until the latter committed suicide in 2005.

Beyond this brief biographical sketch, details are like Californian fog. “Who is Rudy?” asks Laurent Ponsot, rhetorically, in Sour Grapes. Thanks to Hellman, we know that he had expensive tastes in clothing (tailored Hermès suits), watches (Patek Philippe), art (Andy Warhol and Damien Hirst) and cars (a Bentley, a Ferrari, a Mercedes and a Range Rover) and access to a private jet, but we still don’t know where all of the money came from. Kurniawan claimed that his family had the Heineken distributorship in Indonesia, although this has never been substantiated, and that he had an allowance of a staggering $1m a month for wine, but this too was probably braggadocio. Kurniawan was frequently in hock to other people, including Acker, Merrall and Condit, to whom he owed $10.4m at one point. Asked where his wealth was from, he generally dissembled, but probably came closest when he joked in Sour Grapes that, “I’m broke. I scam people.”

Whatever the source (or sources) of his wealth, Kurniawan was very generous with it. He hosted dinners at restaurants such as Mélisse, Cru and Cut by Wolfgang Puck, often picking up the bill and tipping with equal largesse. During one Bacchanalian weekend, he spent $700,000 at Cru. And then there were the wine purchases. Over two days in April 2007, Hellman tells us that Kurniawan spent $397,00 with wine merchants in the US and the UK. John Kapon estimates that he consumed $10m of wine in five years just to educate himself.

It paid off. Kurniawan’s palate appears to be very good, despite never having visited Burgundy. Etienne de Montille of Domaine de Montille in Volnay describes him as a “UFO”, the collector Jefery Levy as a “savant”. They were not alone in their admiration. The American Burgundy expert, Allen Meadows, said that he had “the nose of a bloodhound and the tenacious persistence required to track down the rarest of the rare”. Thanks to high-rolling drinking groups such as BurgWhores, Twelve Angry Men and Deaf, Dumb and Blind, he was given access to even more legendary bottles, most of them genuine.

Was Kurniawan an accomplished counterfeiter? He certainly seems to have been adept at blending wines that tasted good, although whether they resembled the real thing is a moot point. Few collectors have tasted lots of old wines and even if they suspected that Kurniawan’s bottles were fakes, identifying what one less gullible collector called a “uniform oxidative quality”, very few questioned them publicly, partly out of courtesy, but also because they didn’t want to admit the truth to themselves.

What eventually led to Kurniawan’s downfall was detail. Some of his counterfeits were clumsy – a 1947 Cheval Blanc had a 1985 cork, while some DRC bottles sported a neck tag identifying the address of Percy Fox, the domaine’s one-time importer in the UK, as “Sackvilee Street” – but others were rumbled because they showed an acute accent when none was used, or baby blue instead of black ink on a small corner of a label. Several of the Ponsot bottles were from vintages and vineyards that the domaine had never produced.

Knowing about and identifying such things is time-consuming work. One of the most shocking things in Hellman’s book is his contention that “certain merchants and auctioneers, happy to make an expensive sale to credulous rich people, looked the other way when suspicious bottles came into their hands”. (Christie’s and Acker, Merrall & Condit do not emerge well from these pages, but neither do a host of importers and intermediaries worldwide.) As with Hardy Rodenstock’s fake Thomas Jefferson bottles, the wine trade simply didn’t ask the right questions persistently enough. No wonder Bill Koch says it has a “code of silence”. As Kurniawan himself put it: “Sometimes the experts do not even know what they are drinking.” Or want to, one might add.

Did Kurniawan act alone? Laurent Ponsot argues that it takes an hour to fake a wine and that he must have had help to produce so many bottles. Wine fraud expert and owner of WineFraud.com, Maureen Downey, says that there were “tens of thousands” of Rudy bottles and, more worryingly, that 85% of them are “still circulating or sitting in collections”, worth an estimated $550 million.

Hellman wonders whether Kurniawan was partly funded by his uncle, Eddy Tansil, who was convicted of embezzling the Indonesian government, but remains at large, or with money from another (now dead) criminal uncle, Hendra Raharadja. His mother, too, with her penchant for diamonds, Birkin handbags and cashmere sweaters, may well have been involved in the business. Was wine a way of laundering dirty money? Kurniawan’s is a crime family and has been since the 1960s or possibly earlier. A form of Chinese omertà may explain why he never spoke at his own trial, refusing to name any possible associates. And what about Burgundy? Was anyone supplying Kurniawan with old wine that he could pass off as coming from the “Magic Cellar”. Once more, we don’t know.

Where Kurniawan is concerned there are more questions than answers. As a Chinese friend who lives in Beijing told me: “There’s truth and there’s Chinese truth. They are very different things.” The latter is all we have for now. And when Kurniawan is released and deported, on or before the 9thof January 2021, I can’t see that changing. Too many people have a stake in his silence.

In Vino Duplicitas: The Rise and Fall of a Wine Forger Extraordinaire by Peter Hellman (The Experiment; $25.95, pp248)

Originally published in The World of Fine Wine in 2018