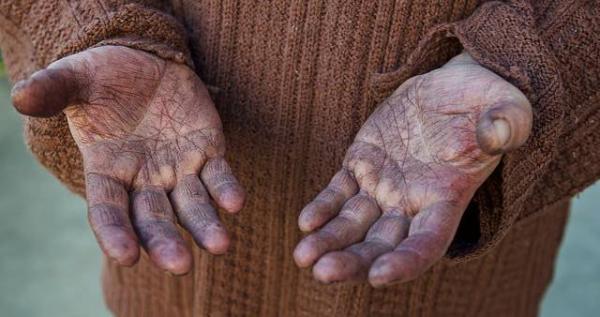 Burgundy and Bordeaux may share a common language, but they are very different places. It’s not just the question of size that generally separates them – single grape varieties versus blends, small- versus larger-scale production, individual parcels versus more expansive estates – it’s also a difference of philosophy and world view. Could you imagine a Burgundian welcoming you to his domaine in brogues, tweeds and a bow tie? Or a top Bordeaux château owner with cracked, stained, pitted hands?

The way the two regions sell their wine is different too. Burgundians often regard it as a personal transaction; for the Bordelais, it’s mostly just business. I once asked the CEO of a second growth whether he preferred his 2009 or his 2010 grand vin. His response: “It will be interesting to taste them together in 20 years’ time. Right now they are both for sale.” Put the same question to most Burgundians and they’d spend 10 minutes telling you about vintage conditions and different terroirs, mining memories and nuances.

But maybe the two regions are moving closer together. As the price of good Burgundy has skyrocketed – the result of a series of short vintages, worldwide demand and the cost of buying grapes or vineyards – so the region is losing a little bit of its human scale. As Alec Seysses of Domaine Dujac says: “Growers used to be accessible and doors were open. The prices were mostly accessible too, but that’s almost gone. We’re in a bubble, but I can’t see it bursting.” Great Burgundy, like great Bordeaux, has become a luxury good.

Wine merchants, too, are increasingly selling Burgundy the way they sell Bordeaux, with the same breathless superlatives, the same vintage of the decade/century/millennium rhetoric. “Do Believe the Hype”, trumpeted a press release from Berry Brothers in advance of this week’s Burgundy tastings in London. “2015 is a must have vintage and, given the level of interest expressed, these wines are not going to be available for long,” it continued.

Even the normally sanguine Sebastian Thomas of Howard Ripley was at it as early as last November. “This is a great vintage in Burgundy. Both whites and reds are balanced, intense and seductive; some growers say that these are the finest they have made to date.” Well, as Evelyn Waugh put it in his wonderful novel, Scoop, “up to a point, Lord Copper”.

2015 is certainly a very good to great vintage for reds, but anyone who thinks the same can be said for the whites is being economical with the truth or hasn’t tasted enough samples. I spent a month in Burgundy last year, visiting over 100 producers from Chablis to Pouilly-Fuissé, and not one of them told me their whites were the best they’ve ever made. 2014 was an infinitely better, fresher vintage for whites.

How could it be otherwise, when the summer of 2015 set new heat wave records in Burgundy? Thermometers hit 39.2°C in Mâcon on July 4th and 37.5°C in Dijon on August 7th. The paradox is that it was so hot that the vines shut down, preserving some precious acidity. Nevertheless, too many of the whites are what Franck Grux of Maison Olivier Leflaive calls “flabby”. “The grapes were beautiful to look at, but they didn’t contain enough water or juice,” he adds. Short-term pleasure they may provide, but these are not wines to keep.

Picking decisions were essential to the quality of the whites and, to a lesser extent, the reds. Producers who started harvesting in August, such as Dominique Lafon and Jean-Marc Roulot, were accused of making base wine for sparkling Crémant de Bourgogne by one local blogger, but they made the right choice. Those who waited too long paid the price.

The reds are another matter. At their best, they are like a combination of the glossy exuberance of the 2009s with the acidity and poise of the 2010s and a bit of the structure of the 2005s thrown in. There are some pruney wines, but most are rich, joyful and well balanced. The good news for consumers – and for merchants – is that the generic and village wines are very good in 2015, not just the more vaunted Premiers and Grands Crus. This is a less terroir-specific vintage than 2013 or 2014 – a year for the little as well as the big guys.

Is it a “must have”? Yes and no. In one sense, you can’t blame wine merchants for hyping the 2015s. Bordeaux en primeur isn’t the cash cow it once was and other regions haven’t (yet) made up the shortfall. The pound has dropped by 15% since last year and Burgundian producers have increased their prices, partly to compensate for the devastating frost in 2016. Most wines, red and white, will be 20% more expensive this year.

Little wonder, in other words, that as one specialist importer admitted with a laugh, “I’m telling my customers it’s the best vintage since 32BC”. Plenty of those punters will buy the 2015s, and so they should where the reds are concerned. But I’d still advise them to buy 2014 whites and 2010 reds: respectively, the two truly great vintages of the last decade.