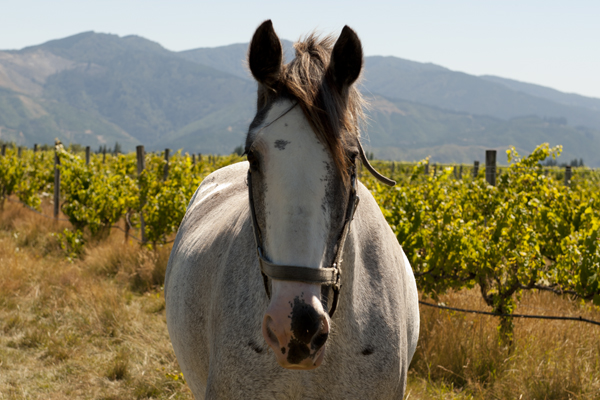 How hungry would you have to be to eat a spaniel? What about a monkey, a camel or a rat? During the siege of their city in 1870, starving Parisians consumed all those things and more. Horsemeat, first introduced four years previously as what the historian Alistair Horne called “a cheap provender for the poor”, became a comparative delicacy. To this day, it is much favoured in France, where boucheries chevalines still exist, as well as Italy and Belgium.

It goes without saying that the horsemeat that has found its way into Tesco’s Everyday Value Frozen Beef Burgers, Aldi’s Special Frozen Spaghetti Bolognese and Findus’ Beef Lasagne would be unrecognisable (and I suspect, unpalatable) to those French, Italian and Belgian consumers. We’re talking nag rather than thoroughbred here.

The story is still galloping towards its grisly conclusion (and I promise that will be the last lame equine metaphor), but it appears to implicate a supply chain that runs through Ireland, France, the Netherlands, Poland and Romania. As Felicity Lawrence wrote in The Guardian last weekend, it has already “opened a window on the hidden, unsavoury food world” and possibly associated criminal activity.

Things could get even worse, if traces of phenylbutazone, or bute, a drug that is commonly used for horses but considered unsafe for human consumption, are found in processed meat products. The scandal may not be on the same scale as the BSE (“mad cow”) epidemic, which caused the deaths of 166 people in the UK from its human variant, Creutzfeldt-Jakob disease, but it still raises very worrying questions about the quality of some cheap food.

It’s been interesting to read the reactions of the retailers involved. Tesco went for a full-page apologia-cum-mea-culpa in the national press, accepting some of the blame (“We and our supplier have let you down.”) but promising to “find out exactly what happened”. Aldi, meanwhile, fingered its French supplier, Comigel, saying it felt “angry and let down”, citing its own “stringent specifications” in its defence. Not our fault, guv, in other words.

Those specifications may be stringent on paper, but what supermarkets who force their suppliers to supply ever cheaper meat products at a time of rising grain, fuel and transport costs won’t admit is that they, too, are partly responsible for what has happened. Of course they didn’t order Romanian or Irish horsemeat instead of beef, but if major multiples screw their suppliers on price, they shouldn’t be surprised if they are forced to cut corners.

The big supermarkets like to pretend that they are working “harder than ever with all our suppliers”, as Tesco puts it, but it’s an uneven and sometimes abusive relationship. As one wine supplier told me: “It’s give and take. We give and they take.” You only have to look at what happens with annual alcohol duty increases – as often as not, producers and agents are told to swallow them or be delisted – to see what he means.

I’ve been arguing for some time that we are moving ever closer to another very damaging wine scandal, caused, like horsemeat in burgers, by the unreasonable demands of retailers as much as unscrupulous suppliers. If we are lucky it will be another di-ethylene glycol (terrible for Austria, which has taken a generation to recover from “anti-freeze” slurs, but no one actually died); if we are unlucky, it could be another methanol.

For readers who weren’t around in 1986, or whose memories don’t stretch that far back, methanol was used to boost the alcoholic content of thin, over-cropped Italian wines because it was cheaper and more readily available than sugar for chaptalisation. Methanol was illegal, but unlike similarly banned ethanol, it was untaxed. Cutting corners again.

The Italian adulterers might have got away with it if they hadn’t made the mistake of adding too much methanol to a batch of “Barbera”, a two-litre bottle of which killed three of the twenty-one people who eventually died from drinking contaminated wine. But maybe those consumers should have been a little warier. Andrew Barr in his book “Wine Snobbery” says that it had been “an open secret” for some time that such wines were fraudulent. “The production costs alone of a genuine two-litre bottle were about 2000 lire; this bottle cost 1790 lire (about 75p) on the shelf.”

Plus ça change. If a wine deal sounds too good to be true, it probably is. I’m not for a minute saying that UK supermarkets condone crime. But the pressure to hit price points that are all but impossible invariably means one of two things: the producer is selling at a loss or, to put it bluntly, cheating. At best this might involve a spot of creative blending (the vinous equivalent of a horsemeat “beef” burger); at worst it could kill someone.