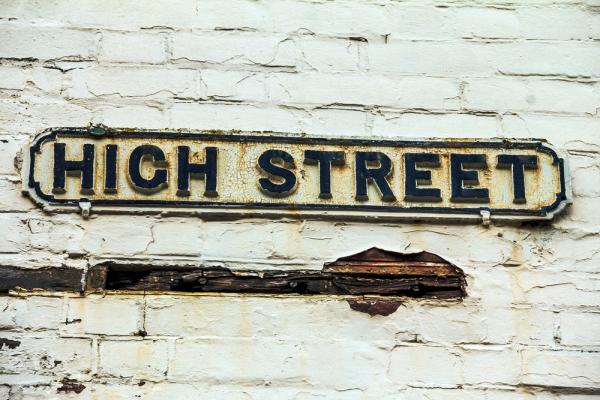 Failing the emergence of a last minute saviour, BHS looks set to slide into administration this month, joining a list of major high street casualties that includes Comet, Woolworths and JJB Sports. The likely closure or sale of its 160 sites and the loss of 11,000 jobs is symptomatic of the crisis facing the bricks and mortar retail sector. Walk around some provincial UK towns these days, and the empty or boarded up shops sometimes outnumber the ones still in business.

The wine trade has suffered from the same downturn. Since I started writing about the sector 30 years ago, Augustus Barnett, Bottoms Up, Cellar 5, Davisons, Fuller’s, Thresher, Unwins and Victoria Wine have all disappeared from the high street. Of the big names that existed then, only Majestic, Oddbins and Wine Rack are still with us, the last two in considerably smaller (though arguably more profitable) form. The combination of staffing costs, escalating business rates and rents, parking restrictions and the industry’s notoriously low margins has proved highly toxic, at least for the larger chains, whose economies of scale weren’t great enough to save them.

This doesn’t mean that wine in the high street is as dead as Monty Python’s legendary parrot. Smaller businesses offering advice, service and more expensive, higher margin wines, are faring much better, whether they be one shop operations like Loki Wine, Handford Wines, Hanging Ditch, Noel Young or Stone, Vine & Sun or companies with two or more stores such as Adnams, Bottle Apostle, Cambridge Wine Merchants, Lea & Sandeman and Tanners.

Flourishing might be overstating the case – no one should forget that Roberson closed its flagship store last year – but these businesses are certainly doing more than surviving. Indeed, I would argue that the independent sector is currently the most exciting corner of the UK wine scene. As most of the major supermarkets have trimmed their ranges, heading down market in an attempt to compete with Aldi and Lidl, opportunities have been created for independents and the remaining high street chains.

Brand owners have realised this, too. The days when you could sell thousands of cases to a single supermarket, putting up with their margin demands and “marketing” and administration charges to shift a lot of booze with a single meeting or phone call, are over for many medium-sized and larger wineries. Everyone has to work a lot harder to shift booze these days.

This also applies to independents, for whom events, tastings, wholesaling and private client sales are vital parts of the mix. As James Handford of Handford Wines puts it, “If we had to make a living solely from the people who walk through the door, things would be really tight. We enjoy it, but the minutiae of running a retail business are ridiculous. Selling fine wine to private customers is a lot easier and more profitable. You only need a handful of clients spending £100,000 a year to make things work. The downside is that there are probably only 1,500 of them in the UK, and everyone is chasing the same big spenders.”

The chance to combine food and wine, or just the to sip a glass of something on site, has also altered the nature of the retail business since the 2003 Licensing Act came into force in 2005, giving rise to hybrid bar- or restaurant-shops such as Vinoteca, Vagabond Wines, the Kensington Wine Rooms and Planet of the Grapes. Matt Harris of Planet of the Grapes reckons that punters spend much more on wine when they are offered a cheese platter or a plate of charcuterie. “Our takings at Fox Fine Wines doubled when we introduced food,” he says. “On a 30% margin, just having a wine shop doesn’t work in London.”

Successful retailing – especially successful wine retailing – is all about having a point of difference. Part of the problem with BHS, according to Hal Wilson of Cambridge Wine Merchants, is that “it didn’t offer anything different. You have to work out what makes you stand out from the competition and pursue it for all it’s worth. You need a vision and you need to keep innovating.”

That doesn’t mean independents can’t work together, as groups such as the Merchant Vintners, The Bunch, The Dirty Dozen and Vindependents have all proved, but it’s still a very competitive business that’s being squeezed by on-line specialists and fine wine brokers, neither of whom have the same overheads as a company with one or more shops.

And yet I think there will always be a niche for companies offering a human dimension. A website, a salesman or a wine advisor on the end of a telephone line will never replace what a good independent with physical premises can offer. Convenience and speed, our twin modern obsessions, are fine when you’re buying groceries on-line, but some of us welcome the opportunity to browse and take our time with wine. As the resurrection of HMV – a business which went into administration in 2013, but has recently reclaimed its position as the UK’s biggest music retailer – has shown, the high street isn’t dead yet.