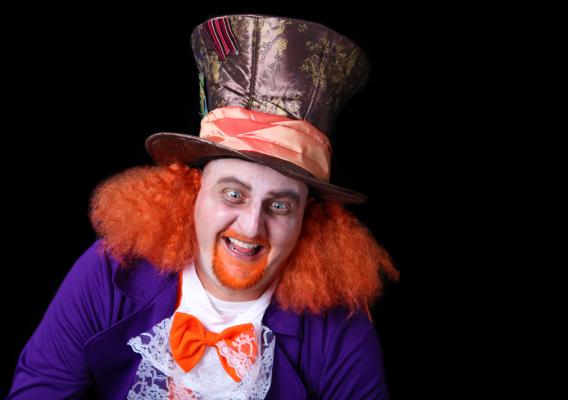 Chapter One: Down the Rabbit Hole

Alice was getting very tired of sitting by herself on the bank. Though she was usually by herself, unless she was at a wine tasting. But Alice didn’t like wine tastings, especially blind wine tastings. It was just so easy to be fooled, and Alice didn’t like being fooled. Unless she didn’t know she was being fooled, and then she quite enjoyed it. “If they tell me the wine is natural,” Alice thought, “then I quite believe them. When I taste one blind and say it’s natural, and it’s not, then I look stupid. Better to err on the side of ignorance,” Alice thought, “than to have an air of ignorance.” She was quite clever that way.

Alice was wondering in her mind if it would be worth the effort to get up and answer her only fan letter for the fourth time, though the warmth of the day and her mild depression made her want to sleep, when a White Rabbit with pink eyes raced by. Now this wasn’t out of the ordinary, nor was it especially odd to hear the White Rabbit say, “I’m late, I’m late, and it’s a Fruit Day! Oh dear, whatever shall I do?” Yet it was quite surprising when the White Rabbit pulled a Biodynamic Calendar from his waistcoat pocket. She’d never seen a rabbit in a waistcoat. Rabbits usually wear hare suits because they’re hirsute. Alice sprang to her feet and followed the White Rabbit, thinking that she’d recognized him from Coulée de Serrant. “I should follow him,” Alice thought, “he’s a Joly little rabbit, and clearly a smart male hare. Which is unusual,” Alice thought, “just look at the Royal Family.” But mostly Alice decided to follow the Joly hare, who was a very quick buck, because she liked chasing a quick buck. She had just gotten to her feet when the Joly hare disappeared just like that down a rabbit hole.

Alice quickly decided to follow the Biodynamic Rabbit down the hole. It was a lepus of faith for her, Alice having never considered how she would ever get out once she leaped in. “It was always the same following Biodynamics,” Alice thought, “you just leap in and never worry about what makes sense.”

The rabbit hole went on for a while, then suddenly dropped off, and Alice found herself falling down a great well. “Well, this is great,” she thought. She continued to fall for what seemed like hours. Alice tried to gaze past her feet to see the bottom, but there was no bottom in sight but her own. Yet the walls of the well were lined with cupboards, cupboards filled with the most inexplicable things. She managed to open a cupboard and grab what seemed to her to be a cowhorn filled with the most delicious dessert. “I may as well eat,” Alice thought, “so long as I’m in for a long fall.” She took a big long lick of the cowhorn dessert and then spat it out. “I do love pies,” she reflected, “but not cow pies. What sick bastard would stuff a cow horn with cow shit?” Alice used bad words when she was angry, though it wasn’t the first time she’d spewed a mouthful of bull crap.

Down, down, down Alice fell. “Maybe I shall fall all the way through the center of the Earth,” she said aloud, “and end up in the Antipodes.” Alice didn’t know what the Antipodes were and so she wanted to end up there. It’s far better, she knew, to not know where you’re going if only so that when you arrive you’re certain you’re not actually there. “Which is how you make natural wines,” Alice opined, “and where is that Biodynamic Joly Rabbit?” As she finished that thought, THUMP!, Alice landed in a compost heap.

Alice wasn’t hurt at all, and she jumped to her feet and could see the White Rabbit just a few yards ahead of her. Chasing the Joly Rabbit, the tunnel suddenly opened and Alice found herself in a mysterious forest. The trees in the mysterious forest were covered in grapevines, the vines bursting with fruit, and the trees but bark-covered trellising. “Hullo,” a voice said from a tree. “Oh, Hullo,” replied Alice, though she couldn’t see where the voice was coming from. “Welcome to my vineyard,” the voice said, though how there could be a voice without a body to go with it was quite perplexing. It was unlikely Stephen Hawking was in the tree. His specialty was an entirely different branch. “Would you like to taste some wine?” the voice inquired.

“I only drink natural wine,” Alice said, quite properly, “for only natural wine is worth drinking. And can you please show yourself? It’s quite disturbing to speak with no one, though I much prefer it. Except when no one talks back.”

Above her, floating above a limb of the tree, surrounded by red grapes, a smile began to appear. It was a large, toothy smile, and only a large, toothy smile, with nothing else behind it, rather like a member of Parliament. “Oh, my wine is completely natural,” the smile said, “for you, my dear, are in Naturaland.”

“Ah, my dear,” the smile said, “it’s natural because I say it’s natural. What more do you need?” Alice thought about that for a moment, and said, “That’s good enough for me! I’ll certainly taste your wine!” She blinked a few times because now there was more to the smile. The smile was now on the face of a large pussycat, a purple and blue-striped pussycat, which made it seem all the more honest. Nothing in purple and blue stripes had ever lied to her, and though she’d never met anyone in purple and blue stripes, she had seen Elton John like that, and he was very honest. She squinted and thought for a moment it was Elton John in the tree, though she knew him to be a toad and not a pussycat.

A wine glass was in Alice’s hand, which was strange because she’d not thought to bring a wine glass down a rabbit hole. Most warrens had wine glasses, and, of course, Rabbits are corkscrews. She lifted the glass to her nose to smell. “Ah,” said Elton John’s pussy, “notice how it smells just like this mysterious forest you’re walking through. I made it with grapes from right here, and I did almost nothing to it. Why, I didn’t even add sulfites! Which made the hatter mad.”

“Nothing,” the smile said, “what’s the hatter with you?”

Alice noticed that the wine did indeed smell like the mysterious forest, which was not altogether a good thing. “But natural,” she thought, “and that’s what’s important.” Though she wasn’t sure why that was important, she just knew that it was because everything is better when it’s natural, because Nature is God and God is Nature, and Elton John’s pussy might be both.

When Alice tasted the wine, it didn’t seem quite right to her. “Is it supposed to taste like a horse sat in it? I’m rather weary of horse shit in my mouth today.” Oh, Alice was angry. “Yes,” the pussycat said, “it is.” “Oh,” Alice said, “quite right. I love it then.”

In Naturaland, Alice knew, we do not worry about enjoyment.