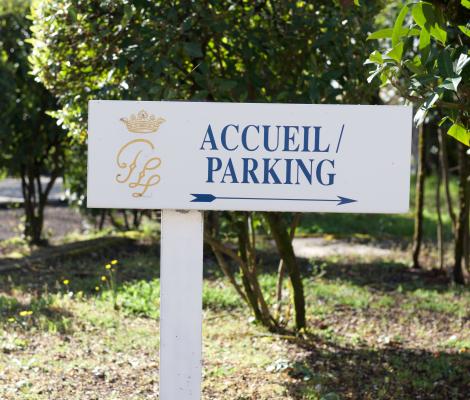 The ‘primeur’ show is over for another year and the dust has settled here in Bordeaux. The journalists and buyers of the wine world with their brimming laptops and stained black teeth have left Bordeaux’s grand châteaux empty again. They spent the week passing from one classified property to another, received in splendor, momentarily part of the elite of the Bordeaux wine world.

The baby 2015 still evolving in the barrel has been judged – ‘a very good vintage but not a great one’. Now after the most important week in the Cru Classé Calendar, anticipation lingers before the release of the prices begin.

The rest of Bordeaux is left untouched by the hype of the short intense week of futures tastings. The wine goes back to reposing languidly in its barrel. The next vintage is already underway as the buds burst, leaves unfurl and soon flowers and future grapes will appear. Wine producers are frantic in their burgeoning vineyards, keen to get the 2016 off to a good start. An old Médoc adage says ‘A Bordeaux winemaker needs three heads’: one for the new vintage in the vineyard, one for the vintage ageing in barrel and the other for the vintage acquiring its final touches in its preparation for bottling.

The process is long in Bordeaux, around two years from picking to bottling. That is how, combined with the inconsistency of the oceanic climate, this way of selling uniquely on the futures’ market developed for its top châteaux.

But there is no demand for the wines of the smaller wine producer in Bordeaux to be sold in this way. They seriously outnumber the classified properties (8,000 of them against 200 or so). They do not have the luxury of this cash injection at the start of the long barrel ageing.

For them there is still a long way to go and many bills to be paid before their 2015 is ready to be sold. It is only at this point that they care about the verdict pronounced so long before. The judgement made during the ‘primeurs’ creates the eternal reputation of the vintage. If it has been given a bad name, as it was in 2013, the wine is largely unsellable. If it has been blessed with a good reputation, such as the 2010 vintage, the price can be increased by a small amount (a euro or two). The classified growths in contrast can ‘play the market’ and will increase (and more reluctantly decrease) the prices according to the vintage and demand.

The repercussions from the run of small and unfashionable vintages such as 2011, 2012 and then the unlucky 2013 was too heavy for many small producers to bear. Absolutely they know to ‘make hay when the sun shines’ in this inconsistent climate, but the eking out of the buffer provided by 2010 and 2009 became too much for some, not aided by the very heavy demands of the French Agricultural Social Security (MSA) that continue to strangle despite the vagaries of the weather. (With time however, and too late for some, 2012 is being recognised as an attractive early-drinking vintage that is developing well in bottle).

Traditionally, the smaller producers relied on the 200 or so Bordeaux wine merchants to sell their wine. But it is no longer financially feasible to rely on this increasingly fickle trade. Today a smart bilingual fourth head is needed by the small producers. Many try to sell direct but come up against the merchants who have monopolised markets, old and newer, wining and dining wine buyers and enabling them to buy a range of wines with minimum effort (without getting out the GPS or dirtying their brogues in the vineyards).

Wine merchants often only push the smaller châteaux that they own, or their cousin’s or those owned by other famous grand châteaux proprietors. This means that wine buyers around the world are not getting access to a whole wealth of smaller châteaux wines that exist in Bordeaux, depriving wine consumers who are thirsty for such authentic wines. There are many value-for-money wines in Bordeaux that lie on just the wrong side of the boundary, those with less fashionable names like Moulis, Listrac or the Haut-Médoc on the Left Bank and Fronsac, Castillon or Francs on the Right.

Living in Bordeaux and spending every day tasting in its wine regions, I find many great examples. They do not have the prestigious names but are good authentic wines made by real people, ‘those with soil on their shoes’. I believe the future for the small producer is to sell direct to consumers, cutting out the layers of middlemen and shortening the distribution circuit. I have set up the SIP (Small Independent Producers) Wine Club to try to do just that.

With cheaper and improved door to door delivery around Europe, wine consumers can enjoy mixed cases direct from the producers to their very own doorstep. I do the selecting and mix 3 bottles of 4 different wines in a mixed case. Tasting notes and newsletters enable you to follow the story of these passionate people.

So what does the positive reception of 2015 after the futures tasting mean for most of us, the average wine consumer, who let’s face it, will rarely be able to afford classified prices? It is good news. Within the next year or two, we will be able to get our hands on and into our glasses delicious classic, elegant, fruity and good value Bordeaux wine that is able to be enjoyed without delay. Santé!