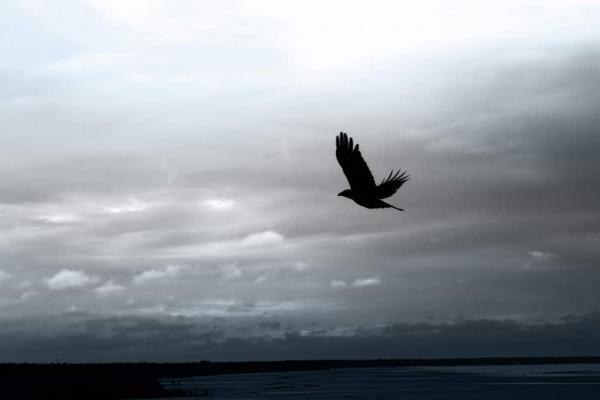 Prick Family Vineyards owner Rich Prick has announced the hiring of Freddie Perjury as Director of Greenwashing. “I’ve given Freddie the assignment of communicating to the wine buying public our commitment to the environment, to the health and welfare of our employees, and to the Almighty… Dollar.”

“There was a Golden Age of wine,” Rich Prick reminisces, “when a new vineyard and winery owner could simply bulldoze a bunch of land, plant a vineyard, spray it with every herbicide, pesticide and fungicide known to man, hire and exploit illegal immigrants, and people would buy his wines and speak his name in admiring tones. Those days are dwindling down to a precious few. It will be Freddie Perjury’s job as Director of Greenwashing to extend those glorious days into the foreseeable future.”

Rich Prick, who made his fortune with the erectile dysfunction product Boner-in-a-Can® (“You may not win the popular vote, but at least you won the erection!”™), knows that times are changing in the wine business. Consumers are more focused on how responsibly wines are made, both in the vineyard and in the winery. It takes a Rich Prick, and a Freddie Perjury, to tell them what they want to hear.

Freddie Perjury has already issued a press release outlining all the ways that Prick Family Vineyards is responsibly farming and producing wine in the Napa Valley.

“Prick Family Vineyards has demonstrated its commitment to responsible farming with its certification under the very strictly controlled California Sorta Sustainable Program. Our vineyards proudly display the Sorta Sustainable logo — a cute and friendly crow giving the finger to a northern spotted owl. It’s a hoot, and, as a bonus, a timely racist dog whistle, too! Under the rules of the Sorta Sustainable program, we are only allowed the use of a few herbicides and pesticides; essentially, whichever ones we choose as long as the guys spraying them are too old to have children. And, more importantly, because we care about the environment, we recycle every single bottle of Roundup used in the vineyards.”

But, Perjury notes, the Prick Family Vineyards commitment to the environment didn’t begin with their certification as Sorta Sustainable. “When Rich Prick bought these 100 acres of land high above the Napa Valley, they were covered in tangled and unsightly old growth forest. Recognizing the growing threat of wildfires in a world where the climate is changing, Prick immediately cleared the land, despite the complaints of short-sighted neighbors and wildfire-deniers posing as environmentalists. After all, we think of ourselves as stewards of the land. What grows on it is of no consequence. Thanks to Rich’s foresight and love of the land, there wasn’t a single thing left to burn when the wildfires hit wine country in 2017. Mr. Prick, in his wisdom and compassion, saved the lives of countless forest creatures who had once lived there.”

Much has also been made of the bottle that contains the Prick Family “Size Matters” Reserve Cabernet Sauvignon. Perjury makes the point that, “Yes, it’s a heavy bottle with a punt deeper than a Terry Theise essay in World of Fine Wine, and just as empty, but it’s one of the greatest wines in Napa Valley and deserves a heavy bottle. You wouldn’t want your favorite child driving around in a flimsy little electric vehicle when she’d be safer in a Hummer, would you? Of course not. But because at Prick Family Vineyards the Earth comes first, right after scores, money and fame, we ship the bottles in six-packs, which weigh considerably less than cases of twelve lighter weight wine bottles. The wooden cases? Oh, easy, remember that old growth forest that used to be here…yup, it’s all part of the Sorta Sustainable program!”

Other subjects about which the new Director of Greenwashing will have to dissemble include the influence of money and politics on a consumer’s choice of wines to purchase.

“It’s been suggested,” Perjury writes, “that maybe international consumers shouldn’t buy American wines because we pulled out of the Paris Climate Agreement. As the proud owner of Prick Family Vineyards, Rich Prick stands behind his President, and would simply make the point that pulling out can be more truthfully seen as a simple act of contraception in an overpopulated world, symbolically spilling America’s seed on the sweet belly of Mother Earth. Trump does love a good money shot — ask Stormy Daniels!”

“Would you rather buy Italian wines? Whose side were they on in the last World War? Oh, that’s right, the side that makes Rieslings nobody buys. Would you spend your hard earned money on wines from France? Really? France? What has France done for the world lately? It’s a toast and fries country. They won the World Cup, what more do they need? I was thinking about buying wines from Spain, until I remembered that they like to murder bulls for sport. Australia? Do you know what they did to the Aborigines? They ought to call that Shiraz ‘Hill of Disgrace.’”

“Let’s be serious, buying wines based on the politics of the country where it’s made is like dating people based on whether their parents are ugly or not. Of course they’re ugly, they’re old! Same with countries. So, ultimately, you end up sober and all alone in the world. Hell, you might as well be Ben Affleck. Nobody wants that.”

Freddie Perjury, Director of Greenwashing, is making it abundantly clear that, among the wineries of the world, Prick Family Vineyards is one of the world’s best citizens. They are proudly Sorta Sustainably Certified. Perjury would have you know that Rich Prick sees himself as a humble steward of the land, putting the land first, and the things that live on it — trees, animals, microbes in the soil — a distant second. Prick Family Vineyards is also focused on conserving energy. Rich Prick has erected wind turbines to generate energy to run the winery, and rid the mountains of pesky raptors that shamelessly ride the wind for free. There are solar panels throughout the vineyards, which would have been impossible if those nuisance trees hadn’t been cut down. Rich Prick even conserves rain water, conveniently captured in his vineyard workers’ leaky housing.

When carefully and objectively explained by Director of Greenwashing Freddie Perjury, it’s easy for a wine connoisseur to rest easy knowing that when he pays $300 for a bottle of Prick Family Vineyards, he’s making the planet a healthier place to live. “What it comes down to,” Perjury says, “is that we’ll tell you anything you need to hear to soothe your conscience. That’s our pledge to you, the wine buying public, and we take it seriously.