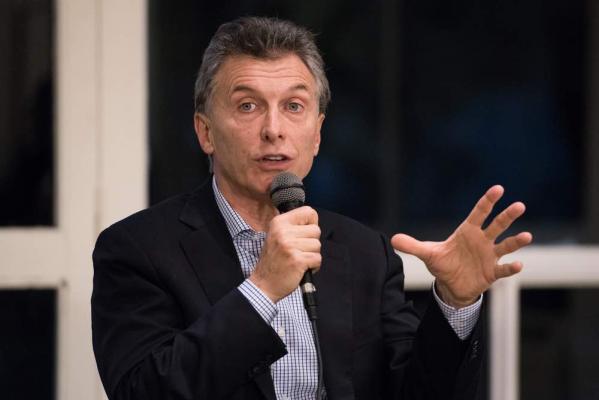 Every year at the end of my three-week tour of Argentina, I sit down with Dr Nicolas Catena of Bodega Catena Zapata for breakfast. He, inevitably, wants to talk about wine – new bodegas and regions, the latest vintage – while I want to talk about economics, his speciality. Before he became one of the leading figures in the Argentinean wine industry, Catena was a top academic and is still enormously perceptive.

He is essentially an optimist, but in February this year Catena looked glum. “We will not have good news in the near future,” he predicted. How right he was. Argentina is not yet on the brink of economic collapse, its humiliating fate in 2001, but inflation is back above 30%, interest rates are at 60%, the peso is at its lowest ever rate against the dollar and President Mauricio Macri’s government has applied to the International Monetary Fund for a $50 billion loan.

Argentina has been through worse times, and not just in 2001. In March 1990, inflation hit 20262.80%, a figure that surely qualifies for some sort of global record. Of course, high inflation is pretty much a constant in Argentina, like pollution in parts of Buenos Aires. The average rate between 1944 and 2018 was 199%, even if there have been periods of relative stability, most notably in the 1990s. But the other stuff is worrying. Argentina is on the ropes again.

When Macri was elected at the end of 2015, it looked as if he might end the country’s endemic financial volatility. At first the signs were good, as investors responded well to Argentina’s floating exchange rate and liberalised economy. The government borrowed money to pay off its inherited deficit, but it appeared to be in control. Now, facing a much stronger dollar, which makes that deficit more expensive to repay, Macri has turned to the IMF for a lifeline. If that doesn’t work, recession beckons.

What does this mean for the wine industry? For exporters who sell in pesos, the weak exchange rate is a potential boon, but most large companies prefer to trade in dollars or euros. Things that are imported – barrels, for instance – are way more expensive, while inflation has pushed up the cost of labour, transport and utilities. At least the 2018 crop was sizeable – 31% bigger than frost-affected 2017 – but the cost of producing wine is increasing by the vintage. Sooner rather than later, that will have an impact on ex-cellar prices.

One arguably positive result of all this is that Argentina has moved out of the world’s bulk wine bargain basement. It simply cannot compete with the likes of Chile, South Africa and Spain at the prices they can charge for their wines. Argentina, as one producer put it, is effectively condemned to quality. The encouraging thing is that consumers appear to be prepared to pay for premium Argentinean wines, which is just as well, as that is the most profitable sector of the industry. Over a second croissant, Catena admitted to me that he uses his headline wines to subsidise his mass-market brands.

Talking of premium wines, the fate of the Gaucho Group, currently still trading but looking for a buyer after the collapse of its Cau brand, is hugely important to the future of Argentina in the UK. The 16 branches sell around 350,000 bottles of Argentinean wine each year and are a vital shop window for the best as well as up-and-coming producers. But now that long-term buyer Phil Crozier has left to become a brand ambassador for Wines of Argentina, who will replace his passion for the country and knowledge of its wines? If Gaucho survives, one rumour is that it will no longer focus just on Argentina and is already selling off stock.

The irony of Argentina’s economic situation is that the country is making the best wines in its history. The place should be booming, but that stubborn inflation rate has put off outside investors. The last significant foreign purchase was Russian Yuri Shefler’s SPI Group’s acquisition of Achával Ferrer in 2011. Earlier this year, the Spanish-owned O Fournier, created in more optimistic times with considerable fanfare, was sold for $9m to an Argentinean company. Only the locals, it seems, have faith in the future. But at least they’re used to instability. As Hans Vinding-Diers of Noemía puts it: “Argentina is up against the wall all the time, so if people are still making wine, they must be passionate about it.” Let’s hope the IMF cuts the country some slack.