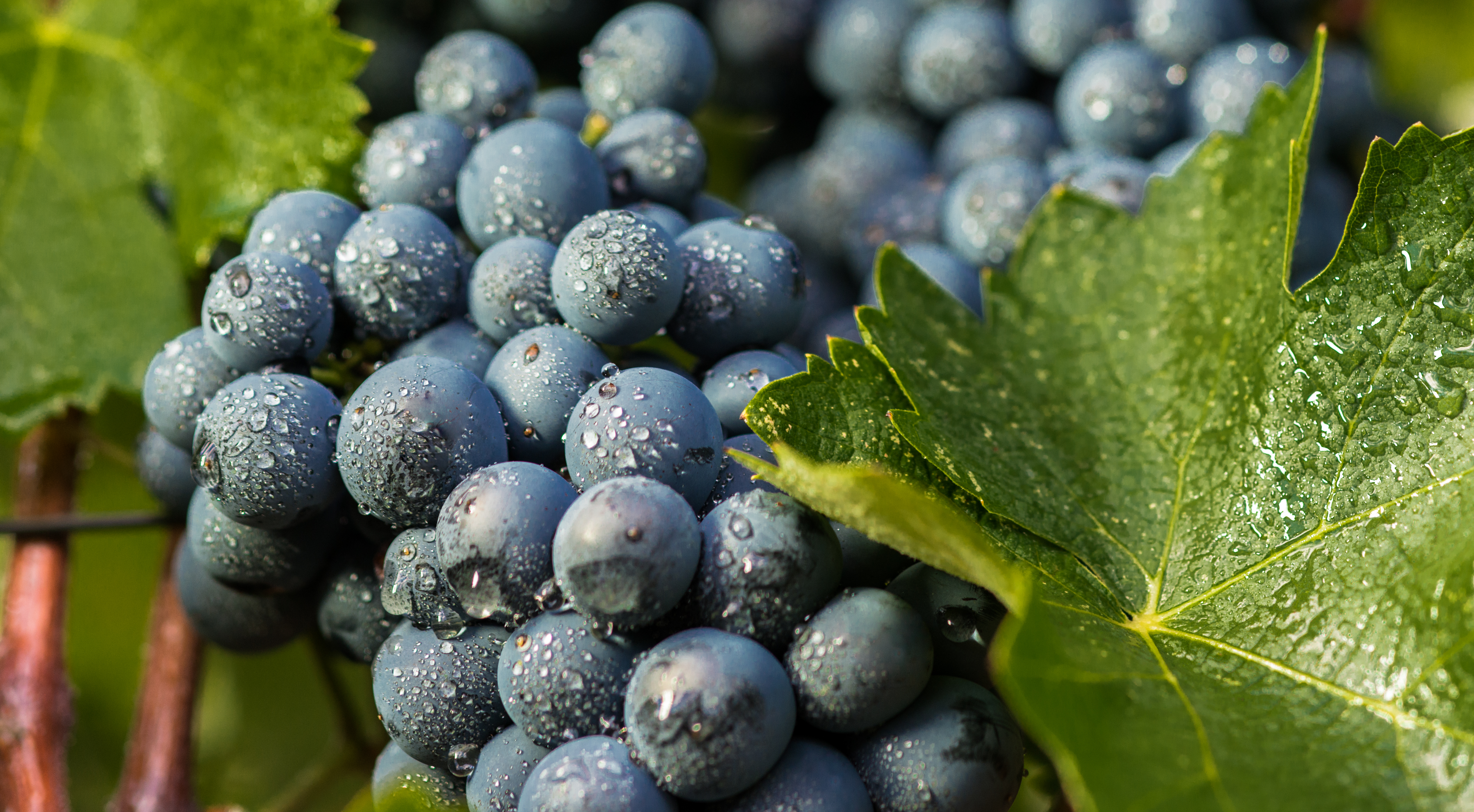 It was a quiet summer afternoon in Florence. Some tourists in Belgian shirts were nursing pints and wounds, averting their gaze from the TV showing last night’s highlights. Their English counterparts were busy choosing their seats for the evening’s proceedings, happily unaware they were hours away from the same fate.

I turned to Twitter and asked people to start an argument. The usual suspects cropped up: wine scores, natural wines, biodynamics. And then, rising above the mundane, a London sommelier decided to go for something truly controversial:

“Agiorgitiko is generally a crap grape, isn’t it?”

I could see where the somm was coming from. In the smarter pockets of the wine world, people buy Greek wine for the uniqueness of its terroirs, that je ne sais quoi which differentiates Naousa from Etna and Santorini from Chablis. The Greek grapes that have achieved some international prominence, Assyrtiko and Xinomavro, have a dimension that is inescapably intellectual; not everyone gets them the first time. Agiorgitiko* on the other hand, well, it feels familiar and friendly. If Xinomavro is an eccentric three-piece suit, Agiorgitiko is a pair of pyjamas. You can understand the wine geek that doesn’t find much fun in that.

How times change. Two decades ago, when the scions of Thymiopoulos and Dalamaras were still in school and Kir-Yianni’s best wine was a Syrah, it was Agiorgitiko that was considered the red star of the Greek vineyard. Generous, fruity, and plump, it was well placed to take advantage of an international audience marinated in the writings of Robert Parker. Transformative figures of modern Greek wine such as Skouras and Paraskevopoulos worked primarily with it. As far as Greek red wine was concerned, Nemea was the word.

And then, slowly, something changed. First was the rise of the French-style blends from the north-east of the country. Then came the new wave of Naousa winemakers, releasing Xinomavro from the shackles of a complacent tradition. Finally, the past ten years, the explosion of small production, quality-focused wineries all over the country, rediscovering local varieties and changing perceptions of what Greek wine is and can be. In a world of Limniona and Mavrotragano, Kotsifali and Limnio, Agiorgitiko becomes just another difficult-to-read, impossible-to-pronounce name. Where is it today?

It might irk language purists, including yours truly, seeing Agiorgitiko translated on labels, but what sounds to the non-Greek speaker like an incomprehensible syllable centipede, is totally innocuous when rendered in English. Agiorgitiko means simply a grape that’s “Saint George’s” and, though theories abound, the name could have come from just about anywhere given the ubiquity of  worship of the Saint in Greece**. Giving generally good yields but sensitive to viruses and mildew*** it has found limited success outside the Peloponnese, used mostly to mollify Bordeaux-style blends (Biblia Chora’s mono-varietal Areti is a notable exception).

Agiorgitiko’s natural terrain and sole PDO is found around the village of Nemea, some 20 miles southwest of Corinth. The region is far from uniform, however, with a range of soils, altitudes, and microclimates grouped under the same designation. The two Greece-based MWs, Kostas Lazarakis and Yiannis Karakasis, have both suggested classifications (three for the former, seven for the latter), but any attempt to identify distinct styles based on geography in the end product is limited by the popularity amongst producers of cross-blending different parcels. Indeed, it appears that today’s Nemea PDO offers more variety than any other in Greece, and the winemaker’s hand is often the deciding factor.

Ktima Papaioannou is arguably the wine most would recognise as characteristic of the Nemea that achieved prominence in the ‘90s, much like its label that has probably now been around long enough to be considered iconic and thus above criticism****. The just-released 2014 has the trademark plump red fruit on the nose and spice on the aftertaste, but there is enough tannin and structure to allow ageing it a few years more and push it above most offerings in that price bracket. Similarly traditional, but more restrained, are the offerings of Estate Semeli and Estate Skouras. Both produce standard PDOs (called “Reserve” for the former and “Saint George” for the latter) that are medium-bodied and show delicate plum notes on the nose, with a touch of cinnamon at the end, more pronounced for Skouras. Both also produce better versions of these wines where things become more interesting. Semeli’s Grande Reserve is a serious and stylish wine: the 2012 starts with raspberries in the nose and finishes with blackcurrants in the aftertaste. In the mouth it is tannic, and a touch acidic, still very young at six years of age. Skouras’s Grande Cuvée is a classic of the Peloponnesian vineyard, keeping a tight balance between strength and flavour. Red cherry is prominent in the nose of the 2014, with vanilla becoming more apparent in the mouth, while the aftertaste shows a hint of further sweetness, but there is also complexity and measured tannins. This is probably the most serious of the traditional red Nemeas out there, Agiorgitiko sporting spectacles and a tweed jacket. Skouras also produces Megas Oenos (“Grand Vin”), an 80-20 blend of Agiorgitiko and Cabernet, which is altogether richer and has often served as my Easter wine.

And then, there is the other face of the grape. If there is one Agiorgitiko the average UK consumer has encountered it would be Mitravelas’s Red on Black, which was stocked by M&S for a couple of years. Jammy and pleasant, if somewhat forgettable, it’s the rare Agiorgitiko that delivers at a modest price tag. It is, however, the Estate’s better cuvées that are of real interest. Mitravelas claim that their vineyards can be traced to the dawn of the modern Greek State, and their first winery was built before the First World War. It is, however, the arrival of Konstantinos Mitravelas in 2003 that brought the Estate to the new era and gave it its signature touch, which landed the 2016 Nemea PDO a Gold at the Decanter World Wine Awards. The 2017 is a dark red little beast with intense black plum and a hint of spice on the nose. In the mouth there is firmness and structure, but also purity of fruit, while the aftertaste is surprisingly tannic, promising maybe up to a decade of further development. Finally, the Estate’s haut de gamme is perhaps controversial. It is undoubtedly a serious wine:  it is probably the most complex Agiorgitiko there is, with a firmness remarkable for the variety, and a promise of long ageing, which is rarely seen. On the other hand, the varietal character, as we have come to expect it, is absent. The colour and nose are more reminiscent of Amarone than Nemea, while the alcohol and new French oak are very prominent. This is one to revisit in first ten, then twenty years, and see if it was a product of the winemaking technique of its time or if Mitravelas built the first truly great Agiorgitiko.

Similarities exist between Mitravelas and Aivalis, another family that owned vineyards for generations but entered modern winemaking only the past twenty years. Like Mitavelas, Aivalis eschews filtering but likes oak flavours. The single vineyard Monopati has done well in the domestic market; the 2014 has something of a modern Rioja (though the oak is French), with chewy tannins and a long aftertaste. I would go for the more economical standard PDO though (also a single vineyard called Gerakina). The oak manifests itself there too, with cedar and chocolate notes in the nose, but it is altogether more balanced and juicy in the mouth, with red fruit jam balanced by soft tannins. A newer, top-of-the-range offering, named Le Sang de la Pierre and created by the new generation of Aivalis, has been received very well in the local market, but I have not had a chance to taste it yet.

Pinning down Agiorgitiko then is hard. Yiannis Karakasis MW has described it to me as something between Merlot and Tempranillo depending on the ripeness. I tend to think of it more as Garnacha. For the London sommelier of our introduction, it is the Malbec of the Peloponnese. Yet, surprisingly, one of the icons of modern Nemea, Yiannis Paraskevopoulos of Gaia, is on record describing it as similar to Sangiovese. The innovative winery he founded in Koutsi in 1997 today provides arguments to support all of the above. The relatively new Agiorgitiko by Gaia is a surprise: balanced, measured, with gentle red fruit aromas and a solid touch of oak, it is more reminiscent of a young Chianti Classico than a Nemea. It is hard to believe that the same grape forms the basis of Gaia S, an Agiorgitiko-Syrah blend that is a Greek take of The Chocolate Block. The nose is intense, with cocoa dominating and hints of walnut following. It is soft and juicy on the palate, but the aftertaste struggles to integrate the alcohol. The winery’s flagship Gaia Estate, a mono-varietal Agiorgitiko, feels equally far from Agiorgitiko by Gaia. It is also probably the best reflection of the changes that Nemea has seen over the last twenty years. While always rich, over the past decade it has gotten progressively deeper, with more pronounced oak and higher alcohol, feeling more like an Argentinian blockbuster than the Nemea of old. True to form, the 2015 is heavy and dense, with flavours of black plum jam tempered by some tobacco, while the aftertaste is once again dominated by the alcohol. Gaia clearly intend this for long ageing; their promotional material claims 20 years, but the structure feels too soft for that: seven to twelve sounds more like it.

So, where is Nemean Agiorgitiko today? The crown of the King of Greek reds has certainly been lost, and the buzzing activity that has been going on around the country from Thrace to Crete, means that it won’t be reclaimed any time soon. There is an issue at the lower rungs, not covered in this piece: there is plenty of forgettable, uneven wine coming out of Nemea at entry level, which seems primarily to trade on the historical value of the brand name in the domestic market. At the medium and higher echelons, it is somewhat difficult to know what to expect: it often feels there are at least two or three different takes on the grape.

However, the standard bearers continue to produce some good wine. Increasingly better understanding of land parcels and grape clones, plus the introduction of new approaches, hint of interesting things to come. Minimum intervention might be one: in researching this piece I tasted my  first “natural” Agiorgitiko, Athanasiou’s Fysis, which, while not show-stopping, showed surprising potential, and an earthier, drier shade to the grape.

Most of all, Agiorgitiko remains a crowd-pleaser: approachable, easy-going, food-friendly, it is the least controversial introduction possible to Greek wine.  True, it will not always tantalise the cognoscenti. But a crap grape? No.

*             As so often with transliteration of Greek grape varieties, or any other proper noun for that matter, randomness and improvisation reigns. Aghiorgitiko and Aghiorghitiko seem to be popular also. Personally I subscribe to the ISO 843 standard for transliteration, also adopted by the Greek State as ELOT 743. According to this, Agiorgitiko is the correct one.

**           As with many other elements of Greek culture successfully exported to the West, locals tend to get quite surprised when told what a major part of English national identity this quintessentially Greek figure forms.

***        Kostas Lazarakis MW has a good discussion of the quest to find a virus-free Agiorgitiko in his comprehensive volume “Wines of Greece.”

****     Papaioannou’s labels are the only ones I’ve seen to make an allusion to the legend of the Lion of Nemea, the first of Hercules’s Labours. The idea of calling Nemean Agiorgitiko “Lion’s Blood” seems to be thrown about every now and then but, mercifully, producers have not succumbed to that particular marketing siren.