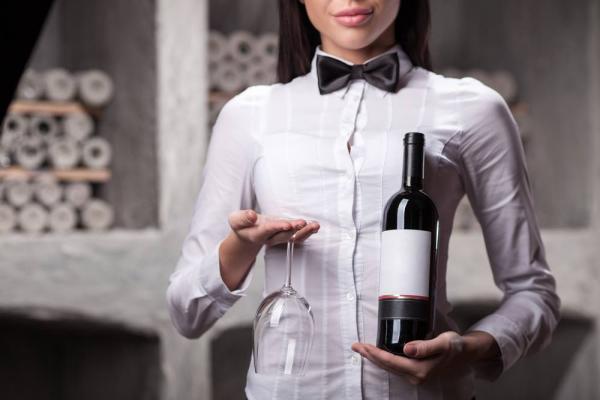 Finally, Ladies, a new wine credential that will take the Miss out of wine misogyny. FemSomm! FemSomm is an idea whose time has come. Tired of being 10% of the ManSomm population? Weary of mentors who undress to help you study for the “Service” Exam? Ready to be treated as an equal in the competitive wine world? Then it’s time you began to study for your F.S.! FemSomms are the next big thing in wine!

The Court of Feminine Sommeliers is the only wine accreditation program that is run by and for women. Yes, you’ll have to know about wine, but we’ll also teach you how to succeed in the male-dominated wine business — and without any male instructors trying to get into your panties to fondle your most intimate DOCG. Won’t that be a relief? Not a single ManSomm to judge you, not ever. A total absence of emotional immaturity for your entire course of study! Imagine that.

Oh, you can’t blame the boys. We’re not man haters here at the Court of FemSomm, though we have plenty of reason to be. Studying to be a ManSomm requires the kind of devotion and self-absorption that retards emotional growth and maturity in men. Think of them like you think of magicians. Lonely little boys sitting in their rooms practicing and practicing their silly tricks with the hope that one day it will impress people, especially girls. As if being a ManSomm ever impressed a woman. It’s not easy being a magician, learning to saw women in half, levitate them, throw knives close to their heads, but it hardly leads to being good at personal relationships. And, mostly, you prefer women wear skimpy outfits and defer to your greatness. Now add alcohol to the equation, and that’s a ManSomm! The little wine magicians can’t help themselves. They’re going to prestidigitate your girly parts whether you like it or not. But it doesn’t have to be that way. Now there’s FemSomm!

Our exams are just as challenging as the exams to become a ManSomm, but the Court of Feminine Sommeliers also tailors the exams to help you succeed as a woman in a male-dominated business. Now you won’t have to be a woman trying to join an elite fraternity! You know how it feels, Ladies, trying to join that Old Boys Club. It’s not enough you know how to pee, you have to do it in their urinal. You have all the qualifications, only no one told you the fi-nal exam was the prostate, and you forgot to bring yours. The ManSomm examiners are only too willing to let you borrow theirs, if you could only put your finger on it.

At the Court of FemSomm, our first priority is to teach you about wine and wine service. However, we also offer an education in how to be a successful woman in the wine business. These are classes aimed at helping you navigate being a second-class citizen in the greatest business in the world — the wine business. Here are just a few of the courses the Court of FemSomm offers:

“No, Really, I Can Lift That” — ManSomms often think that a woman cannot physically do the job of being a sommelier or a winemaker. As though being a sommelier is like being a Navy SEAL when, in fact, it’s a lot more like being a harp seal. And, really, don’t you want to club most ManSomms to death and skin them for their pelt? Just be careful — most are hollow. This FemSomm course teaches you how to subtly point out to a ManSomm that doing yoga and working out three times a week while studying for your black belt in kung fu actually makes you stronger than most of the amphora-shaped doughboys wearing ManSomm pins.

“Yes, I Am Your Fucking Sommelier This Evening” — Now that you have your F.S. and have landed a prestigious job at a very successful, high-end restaurant, how do you deal with the tes-ticular-driven clientele who refuse to believe you know more than they do about wine when, let’s be honest, you both put your panties on one leg at a time. Our exclusive FemSomm course pre-pares you for just those situations. How to respond to a male guest who asks, “Is the Head Sommelier here?” (“Yes, but she’s busy right now bleeding from somewhere or other.”) What to say when asked, “What level sommelier are you?” (“The one right above everyone with an Adam’s apple and a meat thief.”) Learn how to handle every sexist viewpoint you’re likely to encounter as you make your way through the wine world as a woman. You can’t learn this shit from a ManSomm, believe us. They have a sense of entitlement that would make a Trump blush.

“You’re My Mentor, I Don’t Really Need to Hear About Your Marital Problems” — The wine business is still a male-dominated business. It makes some sense to have a mentor who is a ManSomm. But what do you do when he suddenly starts to tell you that his wife doesn’t understand him? That he can really help you pass your ManSomm exams, but he’s in a bad place and needs to talk. That he’s come to think of you as more than just another ManSomm applicant. Fuck, you think, here we go. I just want to get my credential. And the only pin he’s thinking about is the one where he has me against the wall. We’ll teach you how to deal with that Man-Somm. Remember, they’re little boys. Threaten to tell their MomSomms.

You’re going to love the FemSomm lifestyle! Our program is just as good as theirs. Really, how hard is that? We have initials, too! Get off the track for your ManSomm credential! You’re a woman. You’re being taken to the dry cleaners — you know, where they charge you more for the same service as a man gets, and you still leave feeling a little dirtier than when you came in. Ask yourself, why do I want to be a member of that outdated, sexist, boys’ club? What wine do you think they like with eye candy? Join Us! Get your F.S. and be among the first FemSomms to be able to say, “The hell with the ManSomms! I refuse to be treated like they treat cheap wine — just jugs to ignore.”