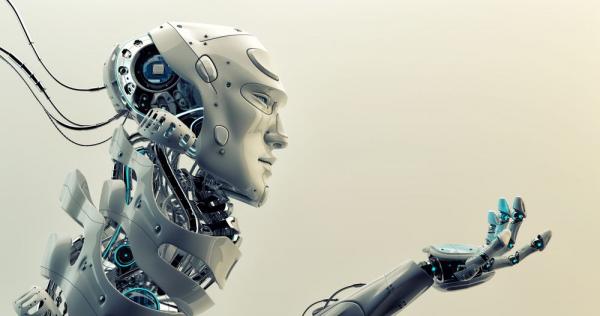 What do you think of the following tasting note? “Inconspicuous boysenberries and cigar wrappers revel in unresolved rosehips, while dried wormwood and chemically tanned leather swim amongst illusive black liquorice.” And this? “Like a Sherry, wet wool, mead, musk and nail polish remover cocktail.”

The first was “written” by vicioustasting.com, a random generator of wine notes that’s always good for a giggle, the second by a human being who works for The Wine Advocate and generally isn’t. Both are equally ridiculous, but if anything, I’d rather drink the fictitious red described by a computer algorithm than a Savennières that tastes of mead and nail polish remover.

We wine writers like to think that Artificial Intelligence will struggle to reproduce our precious aperçus, but Vicious Tasting suggests that’s not so. A less satirical site could easily produce more serious, plausible notes by looking at what other hacks have published. Believe me, as someone who has just written over 500 descriptions of the 2015 red Burgundies, I can confirm that there aren’t a million ways to describe Pinot Noir. Sauvignon Blanc has an even narrower lexicon. To paraphrase Dorothy Parker’s comment about Katharine Hepburn, “it runs the gamut of flavours from A to B”.

Writing tasting notes is only one thing that robots can do. If they can brew beer, drive cars and, at a more sophisticated level, beat a Chess Grandmaster, as Deep Blue did as long ago as 1997, they can do almost anything. AI is becoming both more sophisticated and more cheaply available. The result of recent developments, according to Martin Ford in The Rise of Robots, is “an affordable machine that is rapidly approaching a nearly human-level ability to perceive and interact with its environment, while dealing with the kind of uncertainty that characterizes the real world”.

The implications for the wine business are scary. I’m not just talking about the disappearance of what might be termed “blue collar” jobs – manning bottling lines, moving barrels, freight-forwarding and so on, as some of these tasks are already highly automated – but also things that are thought to include a degree of irreplaceable human skill, such as pruning and picking.

To be honest, harvesting is already the preserve of machines in many wine regions, although human beings (for now) still operate them; mechanical pruning is less widespread, but still common. Wine specialists believe that hand harvesting is better, and I think we’re are right, even if the difference is getting harder to perceive, but will consumers be prepared to pay the price for it? As the pressure to cut production costs increases, it’s a moot point.

Fabien Moreau of the Domaine Christian Moreau in Chablis, one of the few domaines in the appellation to pick all his grapes by hand, says that he can understand why producers prefer machines. “In 12 hours you can pick 12 hectares; with human beings it would take 30 people ten days and you often have to feed and house them, too.”

And what about winemaking? Could AI take over there? Some aspects of the job are already automated. Human beings rarely do punch downs and “foot” treading these days, for instance. There are a few Port lodges that still use lagars, but like hand riddling in Champagne, where gyropalettes are the norm, treading is increasingly for tourists, passing journalists or local entertainment.

Tasting and blending – two aspects of what might be termed the art of winemaking – could also be replaced by AI. There is already a well-established company in California that “designs predictive analytics for luxury wine growing”, effectively making winemakers redundant. Enologix sells itself as the Moneyball of wine. Become one of its customers and it will tell you what style of wine you need to produce to get a “boom in scores and legitimized color and flavor tasting”. At least journalists are still handing out the scores.

But maybe I’m being overly pessimistic. At a speech to the London Press Club last year, Toby Simpson of the global learning company Ososim told an audience of hacks that what sets human beings apart from machines is “an incredible ability to generalize, to plan, consider and apply”.

A recent article in the Harvard Business Review made a similar point. Machines are good at what it termed “prediction skills”, based on data and past occurrences, but “when the cost of prediction falls, demand for judgment rises. We’ll want more human judgment.”

More acute human judgment, coupled with creativity, is what separates great winemakers from industrial chemists and machines. At its most profound, winemaking – and I include grape growing in this – is a cuvée of experience, hard work, talent and, that word again, judgment. No robot can replicate the brilliance of a Christophe Roumier, a Paul Draper, an Alvaro Palacios or an Egon Müller.

Robots’ impact on the way we live and work could be enormous and quite possibly catastrophic over the next 20 years. With terrifying implications for social and political instability, technological unemployment could leave many people with no purpose in life. Scant consolation it may prove, but the making of fine wine is one of the few businesses that will continue to be a human preserve.