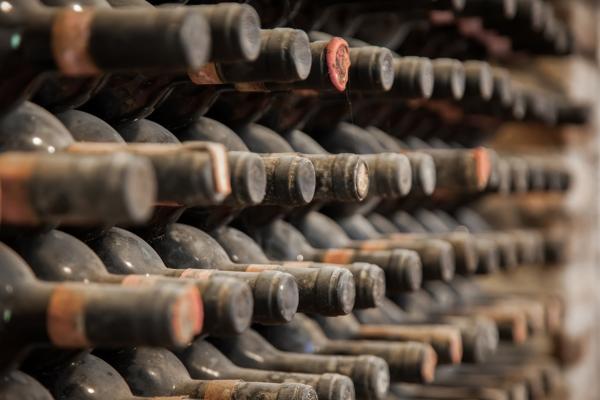 Serendipity is part of the pleasure of owning a wine cellar. Unless you’re the kind of person who keeps a log of every bottle that’s down there – I’m as organised as the next Virgo, but there are limits – these chance discoveries are wonderful. Well, most of the time. For every bottle of oxidised Condrieu or dried out claret, there are dozens that are exciting to unearth. I had a bottle of 2006 TMV Swartland Syrah recently, made by Chris and Andrea Mullineux before they set up their own now globally famous winery in South Africa, and it was a revelation.

Last week I was going through a bunch of Burgundies. Buried in the middle was a bottle of 2005 Rousseau Chambertin, one of the Côte d’Or’s most celebrated wines. It may seem hard to believe, but I’d forgotten that I’d bought it as part of a Wine Society offer back in 2008. In those days, Rousseau Chambertin was still (just) an affordable luxury. Nowadays, it’s for the super rich.

But what should I do with the bottle? Drink it, keep it or flog it? I’m a wine lover, not a trader or speculator, so I’m very reluctant to part with my purchases. A quick glance at Wine-Searcher changed my mind. My Chambertin was worth around £2,000 DPD! That’s £26.66 per centilitre. I called a couple of fine wine traders and, within five days, I’d sold it. To me, no wine is worth that much money. Even if the Rousseau is in perfect condition when it’s opened – an elixir rather than a disappointment – it’s only fermented grape juice, however exalted the vineyard from which it hails.

There have been fluctuations over those ten years – the value of the First Growths fell by 41% between 2011 and 2014, for example – but despite the financial crash and its continuing fall out – fine wine has continued to be something that (mostly rich) people want to buy. Some will trade the wines, but I suspect that most won’t. The pleasure of owning and sharing a famous bottle is undiminished. And the rarer the wine – think Romanée-Conti or Le Pin – the more they want to drink it and are prepared to pay to acquire it.

Over the last decade, wine has become a luxury product. Provenance and authenticity are a large part of this, but so is scarcity. One of the reasons that LVMH don’t release production figures for Dom Pérignon – rumoured to be around five million bottles a year – is that it would damage its image. The First Growths are made in greater quantities than the top Burgundies, but even 15,000 cases of Château Lafite is a small amount of wine. Globally, there are 33 million people with a net worth of more than $1m according to Crédit Suisse, 2,043 of who are in Forbes annual list of The World’s Billionaires. To many of these people, £2,000 for a bottle of Rousseau Chambertin is small change.

Is wine bucking a trend here? In Deluxe: How luxury lost its luster, Dana Thomas argues that the wider luxury business has lost some of its soul. “To meet…profit forecasts, the luxury companies have cut corners. Some use inferior materials, and many have quietly outsourced production to developing nations. Most have replaced individual handcraftsmanship with assembly line production, much of it done on machines.” By such standards, even Dom Pérignon is the epitome of integrity. After all, it’s made to high standards with grapes from Champagne.

In a world where luxury is increasingly mass-produced, most fine wine has an identifiable sense of place and, just as importantly, is still made by human beings. Does that explain its growing popularity? It’s surely part of the explanation. Today’s LVMH-owned Louis Vuitton may be radically different from the company founded by the eponymous trunk maker in 1854, but many of Europe’s greatest wine estates are virtually unchanged, farming the same plots of land as they did in the mid-19th century.

The only threat to the close relationship between high-end consumers and fine wine is the growing number of fakes. Rudy Kurniawan received a ten-year jail sentence for willful misrepresentation of counterfeit goods, but the problem is far greater than that. China in particular is producing copies on an industrial scale. The more suspect the provenance of fine wine becomes, the more likely purchasers will be put off. At least I know that my (ex) bottle of Rousseau Chambertin was the real thing, purchased from an impeccable source. Who ever ends up pulling the cork, I hope that he, or she, enjoys it.