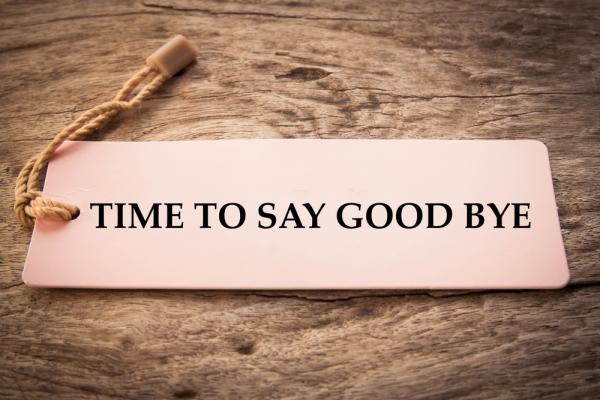 After almost three years, 25 columns and more than 30,000 words, I’m sad to say, I’m getting off here; this is my final column for timatkin.com. The decision has not come easily. I’ve loved writing the column and learnt a lot doing it. But three years is a long time in media, and this decade it feels like a lifetime.

Looking back to February 2015, it’s hard to believe it’s the same world in which I wrote my first article. The transformation has been gargantuan. Some changes came gradually and, like a gently rising tide, engulfed then drowned us slowly, while others came as abrupt and shocking blows. And though some things seem to be moving in the right direction, others need a drastic change of tack. Simultaneously and perhaps paradoxically, I actively sought transformation. I travelled widely, studied a bit and read a lot.

As a writer, it can be interesting (though, typically, more excruciating) to look back on your work and compare what landed on the page with what you thought you had written. Sometimes the gap is a mere hair’s width; others, a gaping chasm filled with distant echoes of what you were trying to say. And in other pieces, only you, the writer, know where to find the timid whispers of what you really wanted to express had you the courage, conviction or experience to do so at the time.

While sentimentality is to be avoided in writing, indulge me a little as I look back. Consider this not a gushy goodbye, but a highlights montage cut for the final episode.

My first column was Wine as Company, a piece that examined my preference, on occasion, to choose interesting wine over the company of actual humans. Not for the alcoholic content, necessarily, but as a brilliant stimulant to thought and wonder. “Few could deny that drinking great wine alone is better than enduring bad company,” I chimed. It is a conviction I have been trumpeting in various ways for many years now; that writing about wine is a spectacular landscape to stretch out on and take in the world.

When reflecting on this period, it is interesting to see issues from the broader culture become so urgent and immense that they not only dominated the mainstream media, but infiltrated the wine conversation, too. Oh sure, we’re still talking about points, scores and regions, but politics, gender and culture, too.

Then there’s criticism of criticism itself. In Should a Wine Speak for Itself and The Unexamined Wine, I explored two tools of wine criticism — wine talk and wine judgement. For the first, I reasoned, wine needs words. And the second, that your opinion on wine does not make it a good wine just because you like it. Reason and expertise matter.

Defending our propensity to judge and critique is not exactly new ground for us wine writers. The subjectivity of wine tasting, the variable results and the ever-changing parameters of quality have made wine an easy target. Also, it’s wine, not calculus or something. But a significant change since writing those pieces is that the need to defend expertise and criticism is no longer just the domain of wine writers. The need for criticism and, more broadly, expertise in general is now an urgent item on the cultural and political agenda. The reasons are complex and the consequences serious but I hope we see a return to it soon.

Without doubt the greatest changes in this time have been political. In 2016, I spent the spring in London to be closer to Europe and all that is great and good within it, “to make my world bigger by tasting more of it”. In A London Tasting Adventure, I juxtaposed my walks to various tastings against Virginia Woolf’s Street Haunting, A London Adventure in which she used the search for a pencil as an excuse to “ramble the streets of London”. I continued to take inspiration from English literary heroes and explored what makes a good wine bar by borrowing from George Orwell’s meditation on the perfect pub, The Moon Under Water. And, after several months abroad, and having fallen in love with the Continent and its magnificent hum of countries and cultures, I wrote On Wine and Europe. I suppose I was trying to make sense of the magnitude of the UK’s decision to leave it. “Empires fall,” I reconciled.

Having absorbed all that I could of European culture I returned to Australia more aware of my own. “Nothing like immersion in other cultures to help you notice and question your own.” Australian culture, and by virtue its wine culture, had been described as innovative and Australians as having a “can-do” attitude, a trope I had dismissed as a cliché. But four months in London revealed an invisible infrastructure that seemed to make it harder to get things done. It was difficult to isolate, but there was something in the layers of tradition and the historical lore that blew through the city, tempering one’s enthusiasm with the gentlest, coolest warnings: “And this is the Tower of London where they keep the Crown Jewels and used to chop people’s heads off. Now, what were you saying about wanting to break with tradition and assert yourself?”

In my piece, Australian Wine’s Coming of Age, I explored these questions of culture by asking, “What makes Australian wine, Australian?” I came to a greater appreciation of this “can-do” attitude and where it came from. Australia’s lack of a dominant wine culture, mixed with a certain necessity, meant we were freer to invent, discover and explore the parameters of our industry at any given time. And this freedom is what drives some of the greatest and most beautiful changes in Australian wine today.

Of course, not all change worth noting is created by us and in Spring Fever I wrote about one change that fills me with joy every time — the changing of the seasons in a vineyard: “As I flew across the hemispheres, I imagined crossing a line that creeps across the earth’s surface like a sunrise, flicking on the lights and dialling up the heaters for spring, or pulling off the leaves and blowing out the candles for winter.” Not only is it a visual spectacular, but a comforting idea, too; that no matter what we are faced with, the earth will turn, vines will burst and there will always be another spring.

Other changes were more personal and intimate. The gentle Message in A Bottle reflected on a profound moment I had over a 1945 Burgundy that, beyond its time, made me want to get a wriggle on in life. “I felt a distinct lack of joy that we had tasted it too late. What a life it had had! What a journey it had taken! And what a shame that, despite that passage and all those stories and its holding on to beauty for all those years, by the time it was given a voice, it was all a bit late.”

Wish You Were Here explored the distracting effect social media has on life in general and wine specifically. Like our use of the app, the piece started off lightly enough: “In the old days, it used to take a bottle of wine and free karaoke for people to let you know who they really are, but these days I find a holiday and an Instagram account does the trick.” Then, reflecting on the distance social media creates between us and the actual moment we are trying to capture, it ended rather solemnly: “In the future, when we write ‘#wishyouwerehere’, it might well be to ourselves.”

I still think there is justification for the implied sense of menace. Mostly because of the rate we have swallowed the lure of social media and adapted — or more likely, have had adapted — our behaviours, routines and values so convincingly. At its most benign, we are now appalling dinner guests. At its most destructive, it may have altered democracy. And in between are some positive uses of activism.

But I find the subtle and rapid compromises unsettling. Intentions are now celebrated as much as accomplishments, we once minimised our embarrassment at posting the minutiae of our lives with the self-deprecating #humblebrag, now we style the photo, and someone who was once influential based on experience, qualifications, and fully formed and original thoughts is now rated similarly to those who — literally — post a lot of pictures. And this is all happening under the ruse of harmless fun. I wonder if this apparent innocuousness is where the real menace lies. Post by post, like by like, we are actively creating a shallower reality while someone runs off with the truth. Who knows, keep this up and we could end up in a world run by people whose only credentials are that they manipulated social media rather than demonstrated expertise. Oh wait …

The other piece given new fervour by recent events is She Said, He Said, which looked at gendered language in wine. I was asked whether using the word “feminine” to describe a wine was offensive, so I tried to unpack it. The use of language that “reinforces unhelpful gender stereotypes”, I concluded, “is an idea that is infused throughout our culture. One tug on this string and we find an idea that, at its most insipid, limits one’s character and, at its most offensive, is used as an insult, limits women’s progress and is asserted through violence”.

The reaction was many and varied and covered the whole spectrum of opinion. There was the shock that it was even an issue, and shock it was still an issue. And there was every shade of grateful, offended and confused in between.

But amidst all the talk it appears there’s something we all agree on: none of us wants to do feminism in wine, we want to do our jobs in wine. But too often we are forced to fight battles of fairness, equality and inappropriate assertions of power, among a great many other ills, so that we can do our jobs. When these barriers no longer exist, we can all drop feminism and get on with doing the thing we love. And while there is much work to be done, it feels like things are changing.

As I look back on these words, thoughts and ideas, I am happy to say that, for me, wine is still a spectacular accompaniment to thought and wonder, and writing about wine is a wonderful landscape to stretch out on and take in the world — no matter how much it changes.

Thank you all for reading my column. And thank you, Tim, for publishing it.