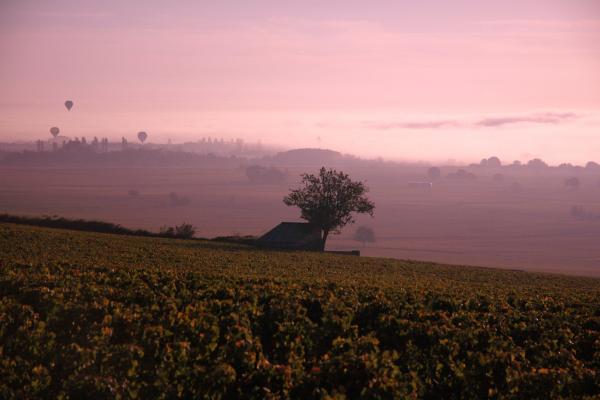 Burgundy is a paradoxical place. The apparent contradiction is that it is both one of the simplest and most complex wine regions on earth. The easy part is that almost all of its wines are varietals, with Chardonnay and Pinot Noir the dominant grapes; the more complicated bit is its extensive, often overlapping network of appellations, starting with Aloxe-Corton and ending, ninety-nine AOCs later, with Vougeot.

There’s a multitude of names to juggle with in Burgundy. There are thousands of producers, some of whom may sell as many as 100 different wines, and just as many individual vineyard parcels. That’s what makes Burgundy a stamp collector’s paradise. Even reasonably well informed Burgundophiles have trouble remembering the differences between, say, Chapelle-Chambertin, Latricières-Chambertin and Mazis-Chambertin.

So how do you get to grips with Burgundy? A few facts and figures are as good a place to start as any. La Bourgogne, as it’s known in French, is a temperate region situated in east central France. Burgundy has a continental climate, with dry summers and autumns (vital for ripening fussy Pinot Noir at the limit of where it will grow). Just as important as climate is Burgundy’s complex geology, especially the presence of clay and Jurassic limestone, both of which are well suited to Chardonnay and Pinot Noir.

Burgundy’s northern outpost, Chablis, is a mere 65 miles south of Paris; its southern boundary is to be found around 200 miles further south in the Mâconnais. Some writers include Beaujolais within Burgundy’s borders, but it’s stylistically distinct, being dominated by the Gamay grape. My feeling is that Beaujolais is where the south of France begins; Burgundy belongs to an altogether more marginal climate.

Burgundy has 27,600 hectares of vineyards and produces roughly 185m bottles of wine. This is equivalent to 6% of France’s appellation contrôlée and VDQS production, a figure that is dwarfed by much more extensive Bordeaux. The area is divided into five separate sub-regions. From north to south, these are Chablis, the Côte de Nuits (and Hautes Côtes de Nuits), the Côte de Beaune (and Hautes Côtes de Beaune), the Côte Chalonnaise and the Mâconnais.

The heart of the region – and the place where its most expensive wines are produced – is known as the Côte d’Or (which combines the Côte de Nuits and the Côte de Beaune). This gently sloping, east-facing strip of land between Dijon and Santenay (a mere 35 miles or so in length) is home to some of the most famous and evocative names in wine: even if you’ve never drunk them, there’s a good chance that you’ll have heard of Corton-Charlemagne, Musigny, Clos de Vougeot, Chambertin, Romanée-Conti and Le Montrachet.

All of these vineyards are Grands Crus, the pinnacle of Burgundy’s appellation system. There are 34 of these in all, 1 in Chablis (divided into 7 climats) and 33 in the Côte d’Or. (If you want the full list go to www.burgundy-wines.fr) These account for only 1.5% of Burgundy’s production, however. As you’d expect given worldwide demand for such small quantities of wine, they also tend to be pricey.

The next rung on the ladder is occupied by the Premiers Crus. There are 645 of these, although some (Meursault Charmes, for example) are much better known than others; they account for 10% of Burgundy’s wine. The next level down are the so-called villages wines, named after a single commune such as Pommard, Vosne-Romanée, Rully, Puligny-Montrachet or Gevrey-Chambertin. These produce around 37.5% of the region’s wines. Last of all are the regional appellations, such as Bourgogne Rouge, Bourgogne Aligoté and Mâcon. These don’t get many of the headlines, but they account for the bulk (51.5%) of what Burgundy makes.

You can also break the regions down by wine style. Chablis produces almost exclusively whites, which are often (but not always) unoaked. They tend to have the highest levels of acidity – steely is a word that is often used to describe them – because of the chilly local climate. It’s no coincidence that the best vineyards are located on a south-facing slope above the village, benefiting from every last ray of autumn sunshine.

The northern part of the Côte d’Or (the Côte de Nuits) is better known for reds than whites, as it is home to the villages of Gevrey-Chambertin, Morey Saint Denis, Chambolle-Musigny, Vosne-Romanée and Nuits St Georges. The only red Grand Cru in the more southerly Côte de Beaune is Corton, whereas the Côtes de Nuits has 22 of them. These tend to be Burgundy’s most powerful and long-lived Pinot Noirs, as well as its most famous.

The Côte de Beaune is much more famous for its whites. There are some very good reds produced in Pommard, Volnay and Beaune, but it’s the Chardonnays from Pernand-Vergelesses (home of Corton-Charlemagne) Meursault, Puligny-Montrachet and Chassagne-Montrachet that are world famous. There are seven Grands Crus in the Côte de Beaune and, apart from Corton, which can be red or white, the other six are only for Chardonnay.

The Côte Chalonnaise consists of five village appellations: Bouzeron (which is unique in being made from Aligoté, a rare, high acid white grape that performs particularly well here), Givry, Rully and Mercurey (which can be red or white) and Montagny (which is always white). These wines are good alternatives to more expensive fare from the Côte d’Or and in cooler years are often a little riper.

Burgundy’s southern outpost is the Mâconnais. This is Chardonnay country and produces some of the fruitiest whites in Burgundy, especially in Pouilly-Fuissé. Mâcon can be either red or white (with Gamay as well as Pinot Noir permitted for reds). The other major appellations are Saint Véran, Viré-Clessé and Mâcon Villages.

From north to south, Burgundy is primarily an area of small producers. There are more than 4,000 individual domaines, and 85% of them farm less than 10 hectares. There are bigger producers in the region – 250 négociants and 18 co-operatives – but most of the best wines are made by the small guys. Sadly, so are many of the worst.

That’s why in Burgundy, more than any region, it pays to know the names of the best growers. These are arguably more important than the vineyard or appellation. To take only one example, the 50.96 hectares of the Grand Cru Clos de Vougeot are owned by 82 different people and the quality of their wines vary considerably. Always look at the name of the grower or négociant on the label.

This doesn’t mean that vineyard location isn’t important in Burgundy. What the French call ‘terroir’ (a sense of place is the closest English translation) is almost a religion in this part of the world, with one author arguing that it is ‘a sort of harking back to the pagan veneration of trees, plants, hills and springs’. There can be huge differences in the quality of the wines produced from two adjacent vineyards, just because of things such as soil type, geology, altitude, drainage and aspect. Many of the best vineyards were identified as long ago as the Middle Ages.

Terroir is sometimes used to explain away all manner of winemaking faults, but that doesn’t mean it doesn’t exist. In the hands of a good winemaker, grapes from neighbouring vineyards can produce very different wines. There is almost nothing more pleasurable than a visit to a grower to taste through a range of subtly shifting flavours and textures. Pinot Noir, in particular, is marked by its environment more than any red grape. But Chardonnay, too, reflects differences in terroir.

It is another source of complication in Burgundy that most of the best négociants (Faiveley, Bouchard Père et Fils,  Albert Bichot, Joseph Drouhin, Antonin Rodet, Louis Jadot,  Jean-Claude Boisset, Laroche and Vincent Girardin) also own vineyards. So you shouldn’t turn your nose up at their best bottlings, which can be just as good as anything but the top growers’ wines. This isn’t true of the majority of the stuff produced in Burgundian co-operatives, although the one in Chablis is amongst the best in France. Also good are the Blason de Bourgogne wines produced by a group of four co-operatives representing 800 families across a range of appellations.

Burgundy, as I said at the start, is a complex wine region. But it’s also a place that rewards the time and effort you put in. And what rewards they are!. Most of the best bottles I’ve had in my life have come from this small, but immensely complicated region. Taste a great Pinot Noir from a vineyard like Romanée-Conti or a great Chardonnay from Le Montrachet and you’ll see what all the fuss is about. Just make sure someone else is paying.