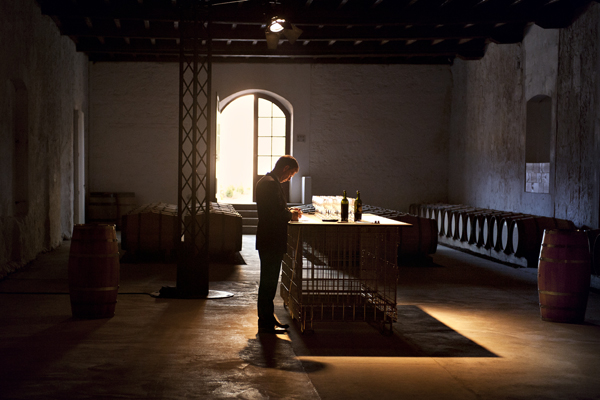 Bordeaux is the world’s most famous fine wine region. Other areas may be more beautiful, more historic or blessed with better food, but Bordeaux is home to the greatest percentage of the globe’s leading wines. Even people who have never tasted the likes of Châteaux Lafite, Margaux, Pétrus or d’Yquem (let alone paid for them out of their own pocket) would acknowledge that they represent wine’s aristocracy.

Such is the celebrity of these elite properties (reflected in the annual scramble to buy their wines ‘en primeur’ before they’re even in bottle) that it’s easy to forget the fact that Bordeaux produces lots of other, less exceptional reds and whites. At around 115,000 hectares, Bordeaux is one of France’s largest wine regions, with an area under vine that is similar to South Africa’s. In total, it produces something like 500 million bottles of wine each year.

As you’d expect, quality varies accordingly. When it’s great, claret (as red Bordeaux is known in the UK) is sublime, but when it’s bad, it can be truly dire, with enough tannin and acidity to endanger the enamel on your teeth. Even after the recent EU-sponsored vine pull scheme, I reckon that at least another 10% of Bordeaux’s vineyards need to be grubbed up to balance supply and demand.

Why the huge fluctuations in quality? Like many of the best regions in the Old World, Bordeaux has a marginal grape growing climate. It is located at the edge of the Atlantic Ocean on the 45th parallel, mid-way between the North Pole and the Equator and benefits from the warming influence of the Gulf Stream. Crucially, it is protected from the harsher effects of the Atlantic by the pine forests of the Landes.

In an average year, red grapes can struggle to reach full maturity. That’s what gives Bordeaux wines their legendary elegance and (until comparatively recently, when technology has enabled winemakers to pick their grapes later without worrying about autumn rains) their characteristically restrained alcohol levels. In the 1960s it was not uncommon to find leading wines with only 11% alcohol.

In such a temperate climate, small differences in the exposure, slope and water retention of a vineyard can have a marked impact on the ripeness and quality of the grapes grown there. So can distinct soil types, which are more (or less) suited to different varieties. (All of these things contribute to what the Bordelais call ‘terroir’, or a sense of place.) And so, finally, can vintage variation. The difference in the price of a top wine can vary markedly from year to year. Just look at auction prices for a poor vintage like 2007 or 1997 and compare them with a great one like 2005 or 2009.

How does one make sense of an area containing no fewer than 60 different appellations and 9000 “châteaux” (some of them are no more than a series of sheds)? There are three routes to enlightenment. The first is grape varieties; the second is sub-regions; and the third is classifications. None of these is fail-safe – your own taste is arguably the best guide of all – but together they will provide you with a path through Bordeaux’s qualitative jungle.

Let’s look at grape varieties first. Bordeaux is primarily a red wine region, and all clarets are made from one or more of five red varieties (Merlot, Cabernet Sauvignon, Malbec, Petit Verdot and Cabernet Franc). In practice, Bordeaux reds are nearly always blends. This is done for various reasons, including the search for complexity, balance and (never forget that marginal climate) as an insurance policy against bad weather. An early frost might wipe out a châteaux’s crop of Merlot, for example, but leave the later maturing Cabernet Sauvignon untouched.

The predominance of Merlot or Cabernet Sauvignon (the most important varieties in Bordeaux) will have an impact on a wine’s aromas, flavours, structure and ageing potential. Cabernet tends to produce sturdier, more long-lived wines; whereas Merlot is softer and more approachable in its youth. The other three red varieties are used as a seasoning in most cases, although Château Cheval Blanc in St Emilion is made from a majority of Cabernet Franc.

There are three major white grapes in Bordeaux, namely Sauvignon Blanc, Semillon and Muscadelle. These, too, are generally blended, although Sauvignon Blanc is more likely to be found in the region’s dry white wines, while Semillon is nearly always at the core of Bordeaux’s sweet wines, such as Sauternes and Barsac. The quality of Bordeaux’s dry whites has improved in recent years, but its best (and most famous) whites are its dessert wines. These are also a comparative bargain, although they don’t tend to increase in price over time.

Let’s look at sub-regions next. Bordeaux is divided into four main regions. On the Left Bank of the Gironde Estuary lies a thin strip of land known as the Médoc peninsula. This area includes the world-famous appellations of Saint-Estèphe, Pauillac, Margaux and Saint-Julien as well as the generally less exciting Médoc and Haut-Médoc. The Médoc’s wines are dominated by Cabernet Sauvignon, which does particularly well on the region’s gravely, free-draining soils. It is here that you will find most of Bordeaux’s great names, including four of the five First Growths (see classifications below). These are the longest lived of Bordeaux reds.

Bordeaux’s second most important sub-region is to be found on the Right Bank of the Gironde Estuary and the Dordogne River. This area is dominated by Merlot, which does particularly well in the appellations of Pomerol and Saint-Emilion. The most famous (and expensive) wines of the Right Bank are produced in these areas, most notably Château Pétrus, Le Pin, Château Ausone and Château Cheval Blanc. Other, arguably better value appellations include Côtes de Bordeaux, and Côtes de Bourg.

The third most important sub-region is the Graves, which lies to the south of the city of Bordeaux. This area is best known for its dry whites, although properties such as Château Haut-Brion, Domaine de Chevalier and Château La Mission-Haut Brion make world class reds. Many of the best wines of the area, both red and white, are grouped under the Péssac-Léognan appellation, introduced in 1987. The southern part of the Graves is where the sweet wines of Sauternes, Barsac and Cérons are produced, often with the benefit of botrytis, or noble rot, which occurs naturally in the vineyards in most vintages.

The last and least distinguished of Bordeaux’s four sub-regions is the Entre Deux Mers, so-called because it lies between the Dordogne and Garonne rivers. There are patches of good vineyard land here, but much of what is produced goes into wines labelled as Bordeaux or Bordeaux Supérieur. As a rule, you’d be better seeking out the whites, which, unlike the reds, are entitled to the Entre Deux Mers appellation.

Bordeaux has five classifications in all, covering the sub-regions of the Médoc, Graves, St Emilion and Sauternes/Barsac, which are not the same as appellations. The Médoc has two: the famous 1855 classification of the region’s so-called classed growths (Sauternes and Barsac were classified in the same year) and the 1932 (revised in 2012) classification of its lesser Crus Bourgeois. Saint Emilion has been classified three times since the first decree in 1954, using Burgundy-style Grands and Premiers Crus, and the Graves was classified in 1953 and 1959. Pomerol is the odd one out here, as it has no classification.

Do these classifications mean anything? Yes and no. Some properties, especially in the 1855 line-up, have improved or deteriorated dramatically in quality over the last 150 years. But as a rough guide classifications still have something to recommend them. It’s worth remembering, however, that it’s the château, not its vineyards that are classified, whereas the opposite is the case in Burgundy.

The 1855 classification is the most famous one of all and has conferred considerable prestige on the five first growths (Margaux, Lafite, Latour, Mouton-Rothschild and – the only property to be included from the Graves – Haut-Brion). Almost as celebrated are the so-called Super Seconds (a loose grouping that includes Cos d’Estournel, Montrose, Pichon-Lalande and Léoville Las Cases). It’s worth familiarising yourself with the names of the best third, fourth and fifth growths too, particularly Lynch-Bages, Palmer and Pontet-Canet.

Buying good Bordeaux is not easy, especially if you have less than £10 in your pocket. Higher up the food chain, the best bottles taste a lot better, but you will certainly pay for the privilege. The top classed growths are regarded as blue chip investments in sought after vintages like 2000, 2005, 2009 and 2010, so demand vastly outstrips supply. Prices, as a result, tend to rise quickly once the wines hit the market, especially if the US critic Robert Parker rates them.

For all that, Bordeaux can provide fantastic value for money between £8 and £25 retail. In fact, I think it makes sense to divide Bordeaux into three chunks: the top end that accounts for around 25% of production, the mid-market (45%) and the basic stuff (30%). The first more or less sells itself, the second is a source of some very good wines at decent prices and the third is often dull and sometimes undrinkable.

My feeling is that the world of wine wouldn’t notice if Bordeaux uprooted most of that 30% and persuaded growers to plant wheat or potatoes instead. At the other end of scale, I’d leave the really pricey stuff to collectors and speculators unless you’re running a bar with a fine wine list. If you are, my tip is to buy the top wines from the best châteaux in lesser years (when money can buy new technology and greater selection in the vineyard) and their declassified second wines in the best vintages. That way you should find yourself with something worth keeping in your cellar.